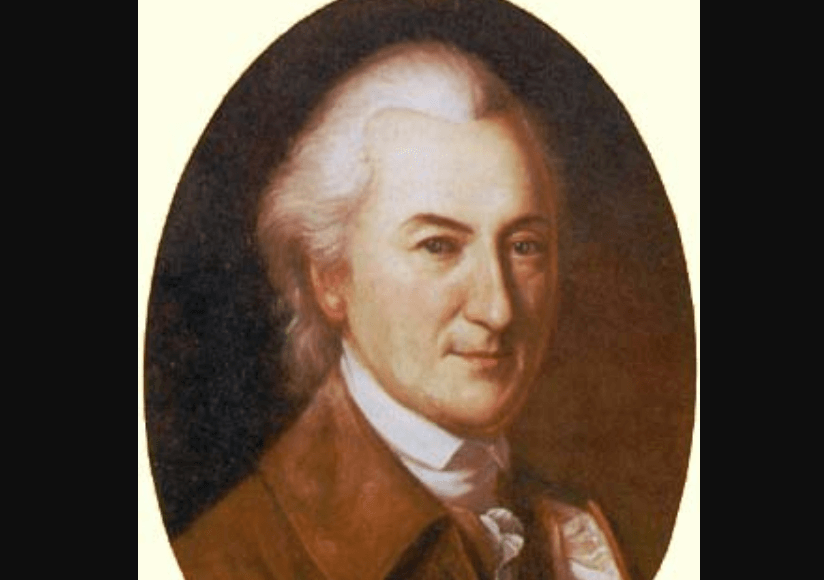 John Dickinson; (1732-1808), American political leader and writer. He held important posts in the Revolutionary and post-Revolutionary periods but is best known for his so-called “Farmer’s Letters,” a series of political tracts denouncing British taxation policy in the American colonies, which effectively aroused public opinion in both England and America.

Dickinson was born in Talbot county, Md., on Nov. 8, 1732. In 1740 he moved with his family to Delaware. He studied law in Philadelphia and at the Middle Temple in London, and in 1757 he began to practice law in Philadelphia. In 1760 he was elected to the Delaware Assembly and two years later to the Pennsylvania Assembly. He served there with distinction until 1765 and again from 1770 to 1776.

During the pre-Revolutionary years, Dickinson wrote a large number of papers and pamphlets, including the influential Letters from a Philadelphia Farmer to the Inhabitants of the British Colonies (1767) and the Essay on Constitutional Power of Great Britain over the American Colonies (1774). A member of the Continental Congress from 1774 to 1776, he was responsible for its Address to the Inhabitants of Quebec and its Petitions to the King, and he probably also drew up the Declaration of the Causes of Taking up Arms. Conservatively clinging to hopes of reconciliation with Britain, however, he opposed the Declaration of Independence and refused to sign it. By then the radicals were in the ascendancy, and his influence waned somewhat on that account.

Nevertheless, Dickinson served in the American Army during the Revolution, attaining the rank of brigadier general in the Delaware militia. He also wrote the first draft of the Articles of Confederation and, as a delegate from Delaware, was prominent in the debates of the Constitutional Convention of 1787, strongly advocating adoption of the Constitution. He served as president of Delaware (1781-1782) and governor of Pennsylvania (1782-1785).

After 1787, Dickinson held no further public office, but he maintained his interest in public affairs for the rest of his life and continued to write on political subjects. He published two volumes of his writings in 1801. He died in Wilmington, Del., on Feb. 14, 1808.