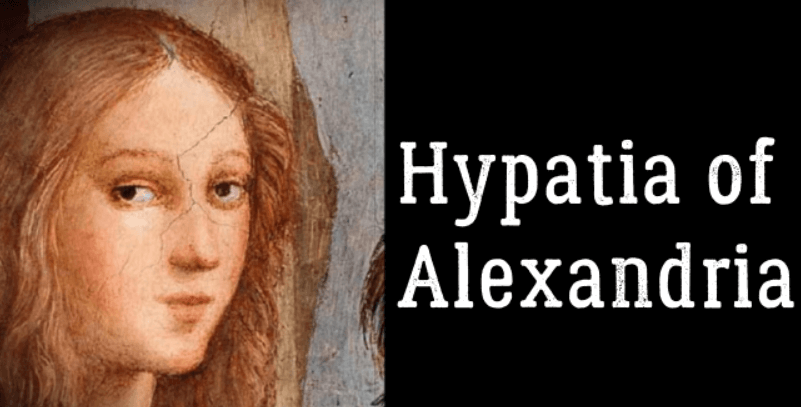 When Alexander the Great, a student of Aristotle, set foot in Egypt and founded the city of Alexandria in 332 BC, he created a city that would be the cradle of philosophy for years. Years later, when the peaceful Egyptian King Ptolemaios gave the order to establish the Library of Alexandria, it formed one of the most important scientific centers in history. This important cultural center, where every book entering the city was carefully copied, thousands of works were brought from different countries and carefully kept, would also prepare the end of one of the first female mathematicians in history.

Theon, the director of the Library of Alexandria, had planned to give all kinds of education to his beautiful daughter, Hypatia. For this, he trained him with courses such as philosophy, astronomy, mathematics. She did not keep him away from the lectures, but also made him discuss and get a critical view. She made an effort not only for the development of her daughter scientifically, but also physically. He was personally interested in the education of young Hypatia in many areas from how to speak well to swimming. Hypatia went on a journey to Athens to consolidate and improve the knowledge she had acquired. When he returned, he taught philosophy and mathematics as an experienced teacher, telling his students about Plato and Aristotle. He gained a great reputation in a short time with his effective speaking style and knowledge, and he had students coming for him from many cities of the world.

IV. century was a period when Christianity extended to Egypt. While the new religion was experiencing its rise, the doors of events that would witness the collapse of people dealing with science and art began to open. At a time when women were seen as second class, a woman who taught hundreds of people also managed to draw the reaction of some sections. Bishop Cyril sought to tarnish Hypatia’s spreading reputation and provoke the public with rumors of her being pagan. This brave woman, whose only concern was to pass the science on to the people, would become the victim of the political tricks of the bigoted Cyril.

History will not face the bitter end of people who deal with science and tell the truth they know, for the first time nor for the last time, a philosopher who defends freedom of belief, deals with metaphysics, astronomy, and is devoted to mathematics will be killed by the people he loves very much. A group that comes to Cyril’s charge takes to the roads with increasing anger. They killed the young woman they caught on the way, stripping her naked, with various tortures and tortures. It is even said that the shells of mussels and their flesh are separated from each other. Hypatia was lynched by the people, provoked by political and religious reasons, in her most productive age. Unfortunately, only some parts of the 13-volume work of the famous philosopher in the field of arithmetic have been transferred to the present day. Later, Descartes, Newton, Leibniz focused on his work.

After this sin committed by ignorant people in 415, the Alexandria Library, which functions as a science castle, will soon be burned down and a huge cultural heritage that has been transferred for years will be destroyed. About a thousand years after this event, the famous painter Raphael (1483— 1520) will not forget Hypatia, while depicting ancient Greek thinkers in his magnificent fresco titled The School of Athens, which he completed in 1511, Plato, Aristotle, Socrates, Xenophon, Dio-genes, İbn-i Among thinkers like Rushd, he will also paint her with all her beauty and grace.

Hypatia had many features to fear for the bigoted people of that era. He cared about scientific data. Even scarier, she was a woman. Being in the spotlight and voicing his thoughts without fear made him even more dangerous. She speaks effectively, she is deeply committed to her students. He was supposed to die! He died…