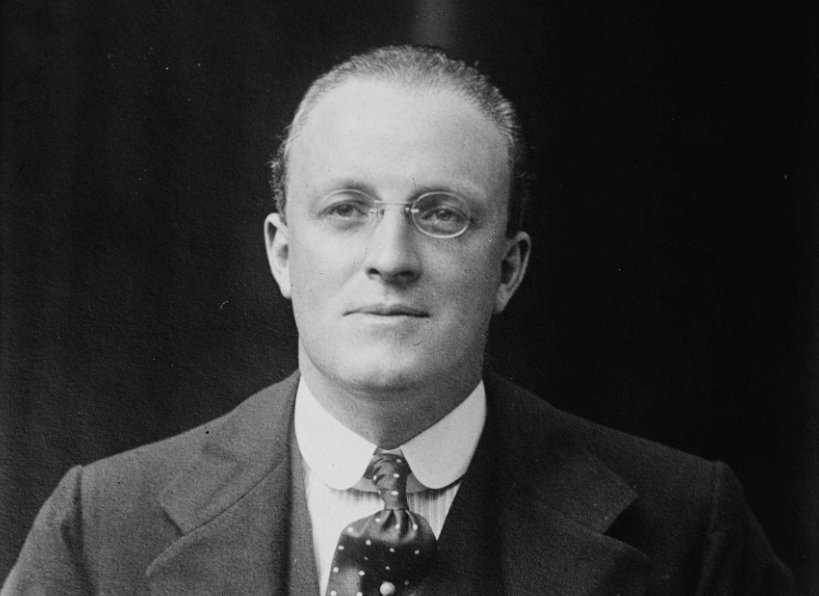 Hugh Walpole; English novelist: b. Auckland, New Zealand, March 13, 1884; d. near Keswick, England, June 1, 1941. His father, an Anglican priest, held various posts in England, New Zealand, and the United States before becoming bishop of Edinburgh in 1910. Hugh was educated at Emmanuel College, Cambridge, and tried lay mission work and teaching before deciding to become a writer in 1909. He wrote novels energetically, lived a full social life in London, and collected friends enthusiastically, notably “Elizabeth” (Elizabeth Mary Beau-champ, later countess von Arnim and Countess Russell), Henry James, and Arnold Bennett. During World War I he served as a medical orderly with the Russian Army, and saw the revolution of 1917 in Petrograd (Leningrad) while acting as chief of Anglo-Russian propaganda. After the war he conducted (1919) the first of many successful lecture tours in the United States and later traveled widely. From 1934 to 1936, in Hollywood, he worked on scenarios of David Copperfield, Little Lord Fauntleroy, and Kim. Walpole collected books, manuscripts, and pictures insatiably, gave generous help to individuals, and devoted much time to the Book Society and the Society of Bookmen. He was knighted in 1937.

Walpole achieved a vast popular reputation in his lifetime. He wrote 42 novels, as well as essays, autobiographies, and criticism, with facility. Critics have often been less than just to his work. Suspense and tension, for instance, make Mr. Perrin and Mr. Traill (1911), his realistic story of schoolteachers, still eminently readable. Underestimated novels like The Dark Forest (1916) and The Secret City (1919) show what he could achieve artistically in responding to new scenes and temperaments. The Cathedral (1922) has strength of narrative purpose and symbolism in its study of an ecclesiastic, showing the influence of Anthony Trollope. Walpole’s desire to write in the grand manner, combined with his exuberant sense of romance and love of Cumberland’s scenery, produced Rogue Herries (1930), a highly colored 18th century novel, continued in Judith Paris (1931), The Fortress (1932), and Vanessa (1933).

A good introduction to Walpole as a raconteur is provided by his autobiographical writings, of which Roman Fountain (1940) is the liveliest. These are intelligently literary and reveal something of the personal tensions that underlay his superb talent for storytelling.