Who was Edvard Grieg and what did he do? Life story, biography, works, music career, compositions of the big composer Edvard Grieg.

Edvard Hagerup Grieg (15 June 1843 – 4 September 1907), Norwegian composer, who was the greatest figure in Norwegian music. His compositions, characterized by great lyric and melodic beauty and, in large part, intensely nationalistic, brought worldwide recognition to the music of Norway. 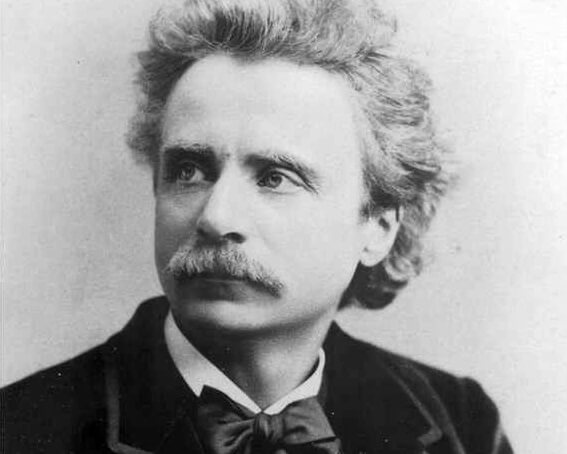 Edvard Grieg was born in Bergen on June 15, 1843. His great-grandfather, Alexander Greig, had emigrated from Scotland to Norway in 1746 and changed his name to Edvard Grieg; his maternal forebears were of Norwegian stock. Young Edvard received his first piano lessons from his mother when he was six. In 1858 the famous Norwegian violinist Ole Bull urged that the youngster be sent to the Leipzig Conservatory, and Edvard Grieg studied there from 1858 to 1862.

Edvard Grieg returned home in 1862 and soon found himself dissatisfied with the relatively primitive state of Norway’s cultural life. (Norway was still part of the Swedish kingdom at the time, and Swedish and Danish influences predominated.) His interest in the creation of a national Norwegian music was fired by his association with the composers Halfdan Kjerulf and Rikard Nordraak, who encouraged him to explore the rich store of Norwegian folk melodies.

Edvard Grieg became conductor of the Philharmonic Society of Christiania (now Oslo) in 1866. The next year he married his cousin, the singer Nina Hagerup, who inspired many of his songs and also interpreted them in concert. In addition to conducting, Edvard Grieg taught and composed and, in 1867, founded the Norwegian Academy of Music. His famous Piano Concerto in A Minor, first performed in 1869, was an instant success. Among those who acclaimed it was Franz Liszt, whom Edvard Grieg met while on a trip to Rome in 1870. In 1874, Edvard Grieg received a lifetime grant from the Norwegian government that enabled him to devote himself entirely to composition. At this time also he was asked by Henrik Ibsen to write the incidental music for Ibsen’s play Peer Gynt. 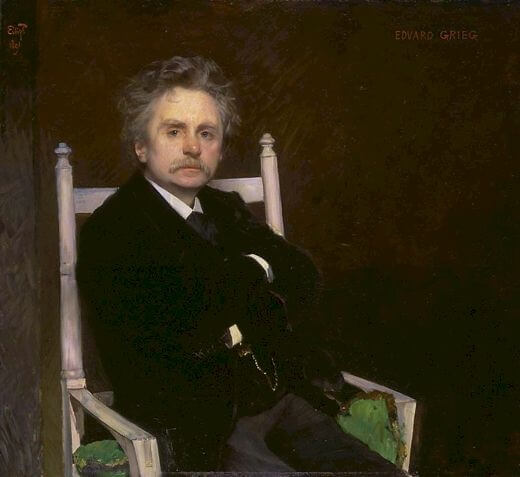 In 1885, Edvard Grieg moved into a villa, Troldhaugen, near Bergen, where he lived for the rest of his life. However, he traveled extensively and his fanıe spread throughout Europe and the United States. To the end of his life he remained devoted to the cause of national culture. He died, a national idol, in Bergen on Sept. 4, 1907.

Edvard Grieg suffered from respiratory ailments for most of his life, and his fragile health may have caıısed him to avoid large-scale works like operas and symphonies. Nonetheless, his one large-scale work, the Piano Concerto, has, since its inception, been a pillar of the concert repertoire. The Peer Gıjnt suites (1876) are the most familiar of his other works, but his incidental music for Bj0rnson’s play Sigurd Jorsalfar (1872; 1892) and the exqııisite Holberg Süite (1885), for string orchestra, are also master-pieces of their kind.

His many piano works, notably those making up the 10 books of Lyric Pieces (1867-1901), are distinctive both in their melodic freshness and in their harmonic invention. Among his 150 songs, covering a wide range of lyric expression, there are many of extraordinary melodic appeal and charm. Edvard Grieg was a natural lvricist, a master of creating music that, for all its nationalistic aims, has never failed to delight universally.