Douglas Murray McGregor (1906-1964) was an American industrial engineer and psychologist who lived during the first half of the 20th century. He had an apparently simple existence, although a very deep vocation of service led him to make transcendent contributions at the business level.

He walked the path of education and delved into a philosophy of productivity. Although his written work was not copious, it was so forceful that it transformed the vision of human resource management. This man also had an attitude towards life that made him live with inner intensity. With this, he generated friction with the most conservative sectors of his time.

McGregor developed Theory X and Theory Y, standing alongside such characters as Abraham Maslow  (1908-1970). Together they opened a new and visionary path for business administration, and have already advanced towards the humanization of those who build today’s world with their workforce. 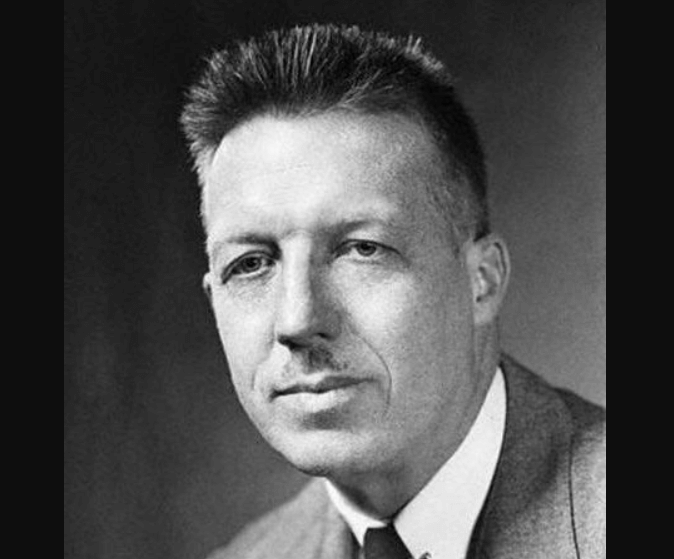 Douglas McGregor was born in Detroit in 1906, a city that is part of the northern state of Michigan. During that year, that city lived in full industrial explosion. Being next to a lake that had a river channel directly with New York, it became a business emporium. In less than 40 years it had grown almost eight times in population and four times in size.

The majority of Detroit’s population was white Anglo-Saxon. The huge factories allowed the emergence of a very wealthy and powerful business class. There also grew a middle class made up of the managers and foremen of the companies and their families.

The industrial city also became the arrival point for many immigrants, mainly white Europeans: Irish, Scots and Italians. Precisely, Douglas McGregor was born into a family of Scottish origin, white and Protestant. That marked his existence and work.

His grandfather created the McGregor Institute which was later run by his uncle and father. It was a center to house workers who came to the city attracted by the possibility of finding employment. In his teens, Douglas worked there as a night receptionist. In addition, he played the piano for the residents.

At one point in his life, at the age of 17, he considered becoming a preacher without a temple, but it was other directions of his existence that led him to be a recognized management theorist.

Detroit, the city that shaped it

Detroit had wood, salt, copper and steel, which gave it the opportunity to generate a significant chemical and pharmaceutical industry. With chemicals and salt paint and glass were made, with wood car bodies and wheels.

By the beginning of the 20th century, this city had become a great attraction for unskilled labor. Henry Ford founded his plants to make automobiles there. It was the research capital for online production, mechanization, and unskilled labor. Detroit went on to become the third industrial city in the US It was also the fourth largest in population, with almost a million people.

In 1919, 27% of the inhabitants were African Americans from the southern states, from the slave plantations, with very little academic training.

While working at the McGregor Institute, Douglas was studying industrial engineering at Wayne State University. Then he began to work in a gas station and quickly rose to positions: he became responsible for the administration of all the service stations in the region.

In the period between World War I and World War II, the United States suffered a great economic recession. McGregor returned to the family institute where he organized meals for the unemployed, more than 50,000 in the city.

When Detroit returned to its productive normality, McGregor traveled to Harvard University, in the neighboring state of Massachusetts. There he did a master’s degree and a doctorate in psychology. He also served as a teacher at the same university.

Performance in academic and work spaces

In 1937, at the age of 31, McGregor created a chair of Industrial Relations at the Massachusetts Institute of Technology, MIT. In addition, he became an industrial relations consultant for the Dewey and Almy Chemical Company, a manufacturer of sealants and glues.

In that job he was in charge of the issue of wages and salaries. He also negotiated contracts, was responsible for job training and foremen training. McGregor specialized both in the training processes of workers and in the problems of the labor structure. His expertise was such that both employers and unions requested his mediation in labor disputes.

At age 41, he became president of Antioch College in Yellowsprings, Ohio. There he made great strides in relation to the civil rights of workers. Antioch was the first educational institution to receive African Americans for teacher training.

From there, McGregor began a new battle: to achieve the placement of his graduates in white schools. He also had to face investigations by the Committee on Anti-American Activities of the House of Representatives of the US Congress. This committee demanded that he expel student activists from the left.

According to his own writings, that stay at Colegio Antioch gave him extensive experience on the subject of organizational leadership. He focused on decision-making and procedures for analyzing situations.

After six years working at Antioch College, McGregor returned to MIT. He assumed the position as a faculty member at the Sloan School of Management.

He then convinced former Dewey & Almy workers union accountant Joe Scalon to join the teaching team. In this context, McGregor developed a new language in the field of industrial relations.

He wrote several books and released a treatise on Theory X and Theory Y.

He died of a heart attack at the age of 58, in 1964. His vision, however, keeps his presence alive in the academic and work world. In his honor, the University of Antioch is now called McGregor University.

McGregor took up Maslow’s studies and developed several studies that ended up becoming his work and reason for life. He then worked with the human side of the company, industrial psychology and the necessary conditions to be a professional administrator. He generated a theoretical work comparing what he called a double theory, the Y and the X.

From the views of his predecessors in the studies of factory work, Mc Gregor developed Theory X.

According to this theory, most people are disgusted with work. Therefore they will do everything possible to avoid it, hence the workers must be forced to punish them to do so.

Another premise in this theory is that most people prefer to be directed, thus avoiding decision-making and responsibility quotas. In addition, for the scientists who endorse this position, ordinary people have few ambitions, which leads them to need a lot of security.

As a consequence, specialists believed that workers should be trained in repetitive tasks. Thus, automatic responses could be obtained and with them improve efficiency.

They called that certainty parameters. That is, in the face of such pressure, and with specific training, it is almost certain that a certain response will be obtained.

In Theory Y, a different vision of the human being is proposed; I know that people like to take risks and the answers are not always the same in similar circumstances. Therefore, workers exist in a state of permanent uncertainty.

On the other hand, it is considered that physical and intellectual work activity is normal, it is equal to that of play or rest, so wear and tear is not a punishment, it is typical of existence itself. Consequently, if people make a profit from work, they will gladly do so.

If the workers, consequently, have their own decision, then it is not logical to punish them so that they work. Simply, people can direct their activity, and self-control according to their goal.

Based on this, if the organization presents the worker with the appropriate rewards, he will take them on as a personal challenge.

Thus, the properly motivated worker will not only accept responsibility but will also seek new goals. Your level of learning will be higher and you will find solutions that you will bring to the organization.

According to McGregor, organizations that are managed on Theory X, only take advantage of a small part of human capacity. Hence the urgent need to put aside the principle of authority. This principle must be replaced by one of motivation, integrating the interests of the worker and the organization.

The principle of integration entails that of self-control. When a person has his share of responsibility within the organization, he will strive to fulfill his own goals.

Theory Y establishes the urgency that command bodies have to learn to delegate. Thus the worker will be able to assume his quota and even take on new challenges. This will benefit both the worker and the organization. The satisfaction of the needs of both will allow a continuous evolution in the mutual benefit.

Some detractors have accused Douglas McGregor of manipulating the worker-organization relationship, but it is no less true that his vision is much more humanistic than that of classical theory.

Among the conclusions reached by McGregor, is the need to create achievement motivation programs. That is, workers must be encouraged to recognize their potential and develop them.

Thus, organizations need to develop manuals and procedures so that people have tools that allow them to advance in their own achievements. That is, the organization must generate opportunities, reduce obstacles and promote the personal development of its workers.

Among the contemporary views of McGregorian approaches are delegation and decentralization. Likewise, the expansion of labor limits and the promotion of participation in decision-making are proposed.

The evaluation and co-evaluation of achievements, and the application of new ideas are also premises of this managerial vision.

Ultimately, the management of McGregor organizations delves into the human side of those who work in them. People count and are invited to participate. Ideas are respected and a co-responsible and self-planning action of all members of the company is promoted.

In the current times of the Covid-19 pandemic, these premises have an even greater weight in the work performance of workers, since millions have gone to work at home through teleworking.

Teleworking requires a lot of trust between the employee and the organization, and a lot of self-control to achieve the results, since, being at home, people tend to take care of domestic matters, especially if they have children.

But with McGregor’s postulates it has been understood that it is almost always preferable to take into account the results over the schedules. This is a clear example of the validity of his thought.