Christiaan Huygens; (1629-1695), Dutch mathematician, physicist, and astronomer, who is famous for his studies of centrifugal force and pendulum motion and for his theory that light is transmitted as a wave front. One of the foremost scientists of his time, Huygens also made notable discoveries in mathematics, optics, and astronomy. 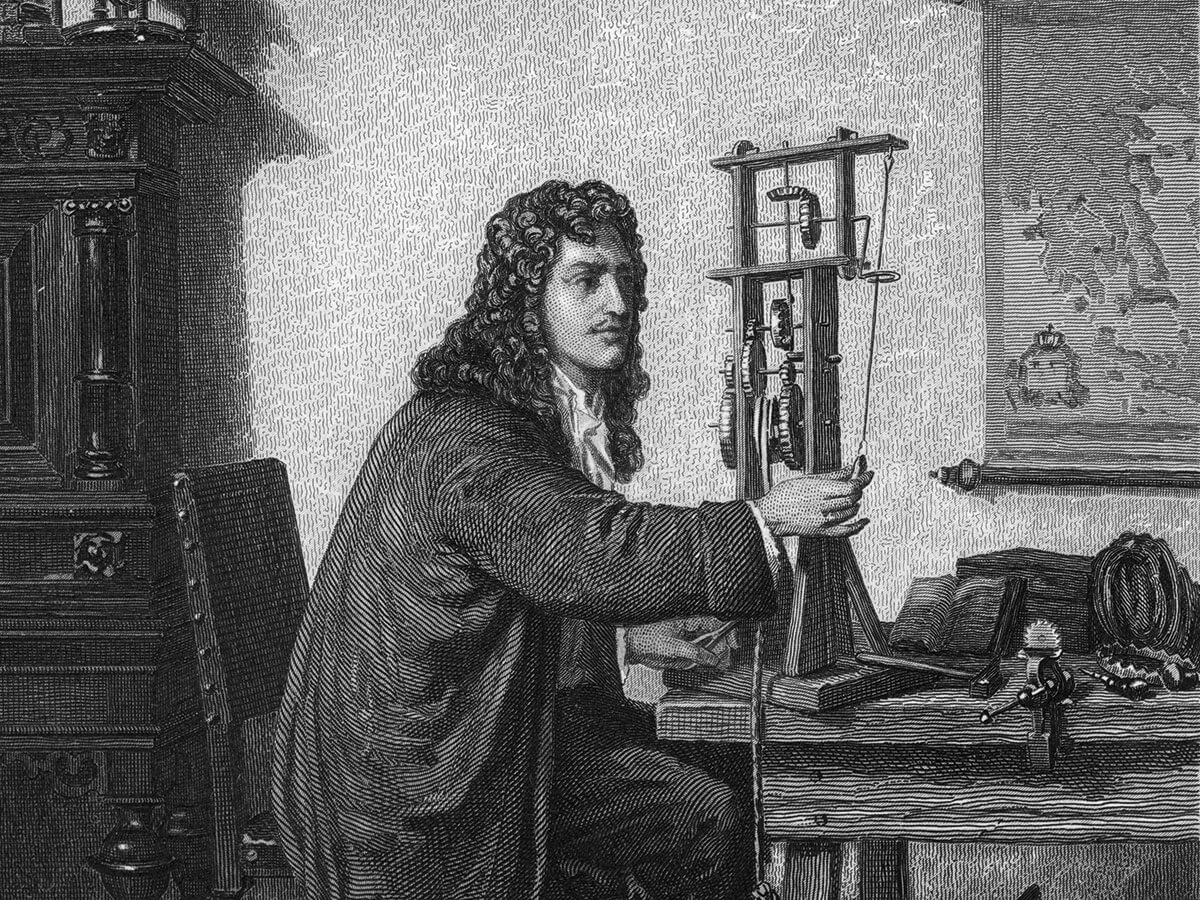 Huygens (or Huyghens) was born at The Hague on April 14, 1629, the second son of Constantijn Huygens. As a boy, Huygens was privately tutored and showed talent for drawing and model making. At 16 he entered Leiden University, where ( and subsequently at Breda) he studied law and mathematics.

Huygens devoted his adult life entirely to science. From 1648 to 1666, aside from short trips abroad, he lived quietly in the family home in Voorburg (near The Hague). Elected a founding member of the French Académie des Sciences in 1666, he lived until 1681 in Paris, there meeting many leading intellectuals. Finally he returned to Holland to spend a retirement broken only by a visit to London in 1689, during which he met Newton. Throughout his life he maintained an extensive correspondence with contemporaries in many countries—notably with Leibniz, whom he tutored in mathematics at Paris from 1672 to 1675.

Elegant in dress, gentle in manner, attractive to women, and fond of music and poetry, Huygens frequented several salons in Paris during his residence there, but he never married. He spent a lonely old age in intermittent mental pain, dying at The Hague on July 9, 1695. 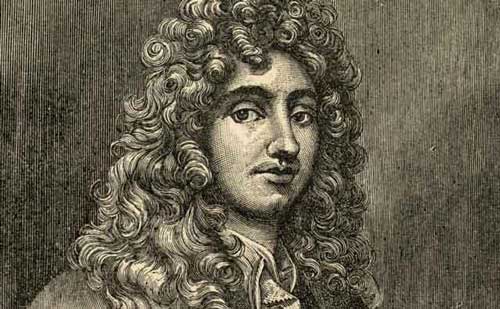 Huygens’ output in mathematics, mechanics, optics, astronomy, and chronometry (to name but his chief fields of interest) was enormous. Of his mathematical treatises, the Theoremata de quadratura hyperboles ellipsis et circuli ( 1651 ) and De circuli magnitudine inventa (1654), dealing with the quadrature of the circle and the general conic, reveal a profound debt to Archimedes. His brief Van reken-ingh in spelen van geluck ( 1657 ) was one of the first tracts on probability. His notebooks record a wealth of research into problems of algebra, geometry, and calculus, notably his studies ( 1657-1661 ) of plane curves and surfaces.

In mechanics, Huygens’ early Archimedean work on hydrostatics (1650) was followed by penetrating studies (1652—1656) of the problems of elastic impact, gathered as De motu corporum ex percussione, and centrifugal force (De vi centrifuga, 1659). During 1656-1657 he designed the first clock accurately regulated by a pendulum, describing it in Horologium (1658). This work led him not only to the improved Huygenian marine clock but also to research into isochronal motion, identification of the cycloid as the curve in which the period of a pendulum’s oscillation is independent of its amplitude, and construction of constraining “cheeks” to guide the pendulum bob in a cycloidal path. This research was summarized in Horologium oscilla-torium (1673), Huygens’ chief work, which also introduced mathematical involutes and evolutes and investigated general centers of oscillation.

Huygens’ work in optics included the elaboration over many years (with his elder brother Constantijn) of improved methods of grinding lenses. He also devised (about 1662) the Huygenian eyepiece to eliminate spherical distortion in lens-systems. With telescopes of his own manufacture he differentiated (1655—1656) the ring around Saturn and found its moon, Titan; he also discovered the Orion nebula.

Huygens’ work on the nature of light is of major significance. Instigated by Robert Hooke, he studied Newton’s rings in 1666, eventually concluding (in Traité de la lumière, 1690) that light is a longitudinal vibratory motion of a ( hypothetical ) optical ether, spreading out from its source as a spherical wave front. On this basis Huygens explained the laws of refraction and double refraction; he also explored the polarization of light.

Many of Huygens’ works long remained unpublished. Their diversity and technical complexity may now at last be fully appreciated in the lavishly annotated publication, in 22 volumes, of his Oeuvres complètes (1888-1950).