Aristophanes of Byzantium; (c.257 – c.180 b.c.), was a Greek scholar and lexicographer. He was probably born in Byzantium or migrated there—hence his geographical epithet. He spent most of his life in Alexandria, where, after studying under directors of the Alexandrian library, he was head librarian from about 197 probably until his death.

Ancient and modern scholars have placed Aristophanes among the world’s greatest philologists for his studies in general linguistics, accentuation and punctuation (each of which he either invented or improved), notation in prosody, grammatical science, textual criticism, and literary interpretation. 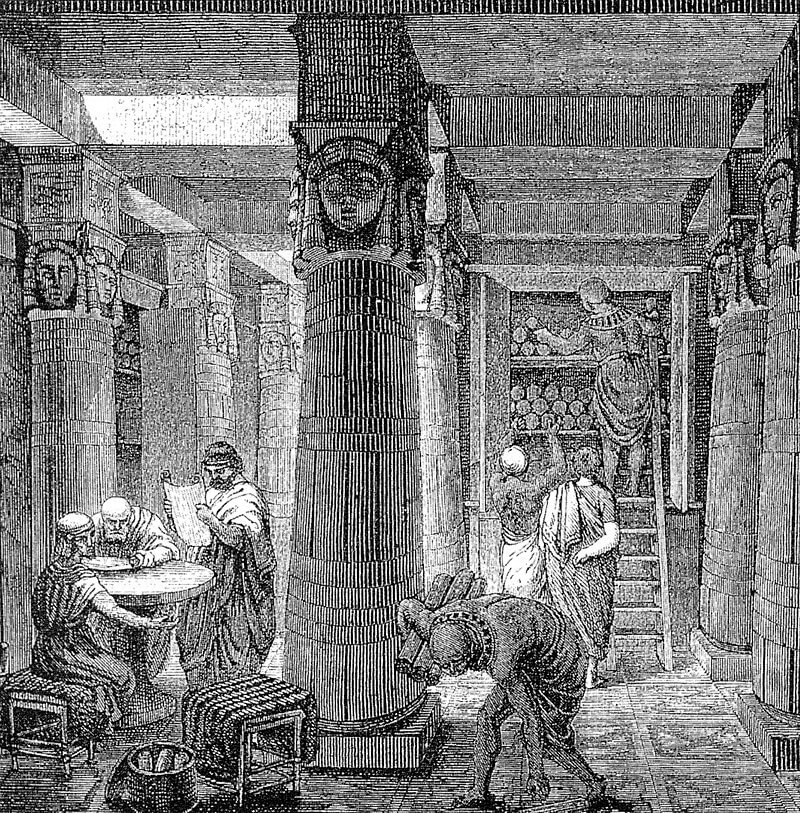 He edited many Greek political works, providing critical notes and scholarly introductions, and made a list of whom he considered to be the best Greek epic, lyric, and dramatic poets. In lexicography he not only compiled lists of rare and foreign words and of Greek phrases but also produced special studies arranged according to subject or to dialects. He collected proverbs into six books (two in verse and four in prose). In grammar, his essay on analogy answered his older contemporary Chrysippus, who had written on anomaly, and thus started the strife between these two schools. To Aristophanes are attributed studies on the antiquities of Thebes and Boeotia, a treatise on Athenian prostitutes, and a work on biology.