Tommaso Campanella; (1568-1639), Italian philosopher and poet. He was deeply religious but like his contemporaries Giordano Bruno and Galileo, he sought to establish the independence of natural philosophy from revealed theology. His plan for a Utopian society echoes Plato and Sir Thomas More, and his metaphysics anticipates Descartes. 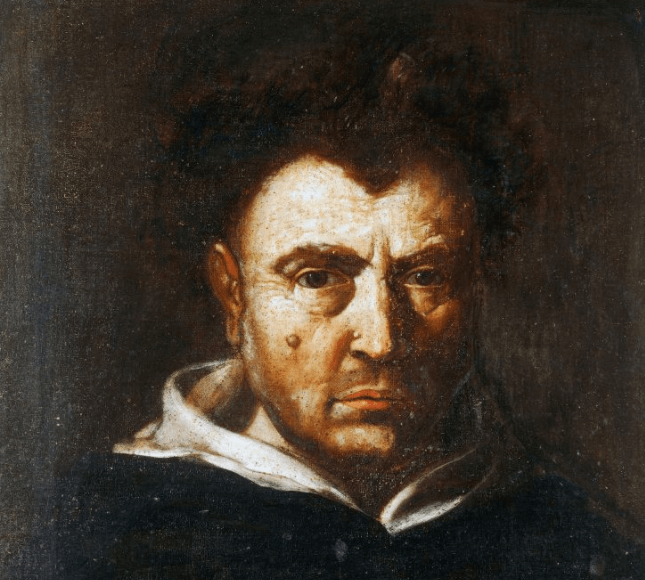 Giovanni Domenico Campanella was born to a poor family in Stilo, Calabria, Italy on Sept. 5, 1568. Early in life he joined the Dominicans, taking the name Tommaso. Rejecting Aristotelian philosophy, he became interested in astrology and defended the mechanistic theories of Bernardino Telesio. He was imprisoned for these views in 1591 by the monastic authorities. After his release, Campanella taught and wrote in Rome, Florence, and Padua, but was again imprisoned in 1593. Abjuring heresy before the Inquisition in Rome, he was freed in 1595 and forced to return to Calabria, where he led a conspiracy to overthrow its Spanish rulers. In 1599 he was condemned to death for treason and heresy but had his sentence commuted to life imprisonment in Naples by pretending insanity.

During nearly 30 years in prison, at times subjected to torture, Campanella continued to write. In 1628 he was liberated by Pope Urban VIII, but his fear of another trial by his enemies caused him to flee to France in 1634. He died in Paris on May 21, 1639.

Campanella is best known for his Citta del sole (1623; City of the Sun) depicting a Utopian, communistic, totalitarian society under a philosopher-priest. His many other treatises and his poems reflect his religious and humanistic scheme of the universe.

Anticipating Descartes, Campanella believed true knowledge comes not from the senses but from the mind’s awareness of itself. The mind is also aware of being part of a larger whole, which is pantheistically infused with varying degrees of power, wisdom, and love, the attributes of God. Campanella saw no death in the universe, but only “mutation of being,” and what seems evil to the individual is enveloped in a providential cosmic design. To the innate movement of all nature toward God (religio indita), man’s intellect, aided by grace, adds the positive content of Christianity (religio addita), which is a fulfillment, rather than a contradiction, of natural religion.