Stanley Baldwin (1867-1947), British political leader who was prime minister of Great Britain for three times in the period between the world wars. When Britain was plunged into World War II after the failure of “appeasement,” Baldwin’s prewar leadership, especially in matters of foreign policy, aroused bitter historical controversy that tended to obscure his achievements. He was created Earl Baldwin of Bewdley on his retirement in 1937.

Baldwin was born at Bewdley, Worcestershire, on Aug. 3, 1867. After graduating from Harrow and Cambridge, he worked from 1888 to 1908 in his family’s engineering firm. He ran unsuccessfully for Parliament in 1906. Two years later he succeeded his father as Conservative member for the Bewdley division of Worcestershire. 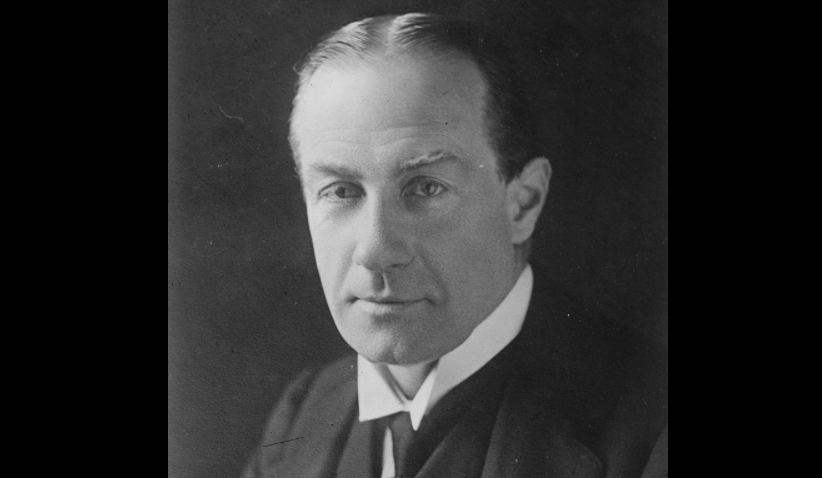 Baldwin’s early career in the House of Commons was undistinguished, and he was 50 years old before he became a junior minister. Thereafter he rose rapidly, as financial secretary to the treasury in 1917-1921 and president of the Board of Trade in 1921-1922. In October 1922 he took the lead in persuading the Conservatives to abandon the coalition under Lloyd George and fight the ensuing election as an independent party. The party’s triumph thrust him into prominence, and he was made chancellor of the exchequer in Andrew Bonar Law’s cabinet.

In January 1923, Baldwin was sent to Washington to negotiate a settlement of war debts with the United States. He agreed to a costly settlement that Bonar Law was reluctant to support. But the cabinet insisted upon acceptance, and Baldwin’s bargain was ratified.

Baldwin succeeded Bonar Law as prime minister in 1923 and almost immediately startled the country by opening up the question of a protective tariff to relieve unemployment. In this matter he has been accused of the political blunder of raising an issue on which his party was divided. In fact, his position succeeded in rallying the Conservatives who had remained attracted to Lloyd George. That the Conservatives lost the election of 1923 meant much less to Baldwin than that they were to be united in the future. When the election of 1923 offered the Labour party its first chance to form a government, Baldwin refused to block its way. He felt that Labour must be given “a fair chance” to learn the realities of governing.

Returning to office in 1924, Baldwin remained prime minister until 1929. His indolent and one sided handling of the general strike of 1926 left a long-standing bitterness in British labor relations, but in general his second ministry was one of temperate and orderly progress. Pursuing a policy of “safety first,” he tried no imaginative experiments; but over the years he came to symbolize for many of his countrymen the virtues of moderation, sanity, love of country, and, above all, trustworthiness. Behind his placid façade lay the qualities of an extremely able politician who often achieved his purpose by postponing decisions and stressing compromise. In the later 1920s these qualities helped to maintain stability in a rapidly changing Britain. In the 1930’s they often proved wanting.

In May 1929 the electorate rejected “safety first,” and a Labour ministry was returned. Despite violent press attacks on him, Baldwin retained his leadership of the Conservative party and in so doing, perhaps, helped keep its domestic policies moderate and flexible. When Labour’s prime minister, Ramsay MacDonald, formed the national coalition cabinet of 1931, Baldwin accepted office as president of the council. Almost from the beginning, MacDonald was the prisoner of the Conservatives in the coalition. Nevertheless, Baldwin collaborated with MacDonald in overcoming Conservative resistance to the for-ward-looking Government of India Act.

Baldwin became prime minister for the third time in 1936. His last administration was dominated by foreign affairs which, unfortunately, never really engaged his interest. Like MacDonald, he underestimated Germany’s growing air strength and failed to develop a sense of urgency about rearmament. Despite constant statements of support for the League of Nations, he appeared to abandon collective security. Critics of Neville Chamberlain’s appeasement policy inevitably must find its beginnings in the earlier days of the national government under MacDonald and Baldwin.

Baldwin was much more successful in domestic affairs. By 1937, Britain was on the road to recovery, if not prosperity. Late in 1936, Baldwin maneuvered the abdication of King Edward VIII with extraordinary skill. What might have become a bitter and controversial constitutional crisis was transformed by his touch into a smooth triumph of good sense and good taste. On May 28, 1937, following the coronation of George VI, Baldwin retired. He was politically inactive from 1937 until his death, at Stourport-on-Severn, Worcestershire, in Dec. 13, 1947.

Stanley Baldwin (1952), the authorized biography by George Malcolm Young, caused a storm of protest. It was answered by Baldwin’s son, Arthur W. Baldwin, in My Father: The True Story (1956) and by David Churchill Somervell in Stanley Baldwin: An Examination of Some Features of Mr. G.M. Young’s Biography (1953).