Saadi Shirazi (1184 – 1291), was a Persian Sufi poet, whose works combined a warmth of feeling and entertainment with religious mystical thought, An alternate form of his name is Sadi.

His original name was Abū-Muhammad Muslih al-Dīn bin Abdallāh Shīrāzī, but he later adopted the name Saadi, which was derived from the name of the rulers of Shiraz, his native city. 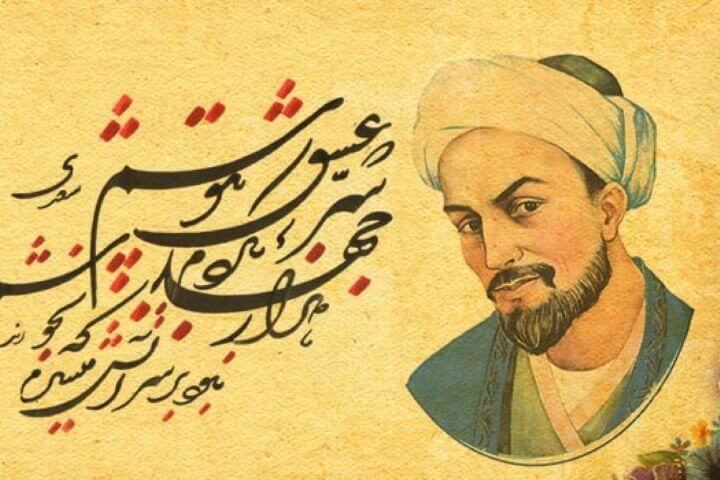 After studying in Baghdad and spending many years traveling, Saadi settled in Shiraz, where he enjoyed the favor of several Persian rulers. The Persians had high regard for his golden maxims, which they considered a treasure of true wisdom, and for his pure, simple, and elegant style.

Saadi’s most famous works are the Bustan (1257; Fruit Garden) and the Gülistan (1258; Rose Garden). There is also a collection (Diwan) of lyric poems, in Arabic and Persian. The Bastan, entirely in verse, is a collection of histories, fables, and moral instıuctions. The Gülistan, written in both verse and prose, contains personal recollections, aphorisms, and advice. His collected works appear in Persian and have been translated into English.

His best-known works are Bostan (The Orchard) and Golestan (The Rose Garden). The Bostan is completely in verse (epic meter) and consists of stories that adequately illustrate the standard virtues recommended to Muslims (justice, liberality, modesty, satisfaction), as well as reflections on the behavior of dervishes and their ecstatic practices. The Golestan is mainly in prose and contains personal stories and anecdotes. The text is interspersed with a variety of short poems, containing aphorisms, advice, and humorous reflections. Saadi demonstrates a deep awareness of the absurdity of human existence. The fate of those who depend on the changing mood of the kings is contrasted with the freedom of the dervishes.