Robert Burton; (1577-1640), English scholar, who is best known for The Anatomy of Melancholy (1621). Basically a treatise on various forms of psychiatric disturbance, the Anatomy is also the storehouse of Burton’s opinions on an extraordinary variety of subjects and is both a fascinating portrait of the author’s mind and an invaluable primary source for the study of the intellectual history of the 17th century. 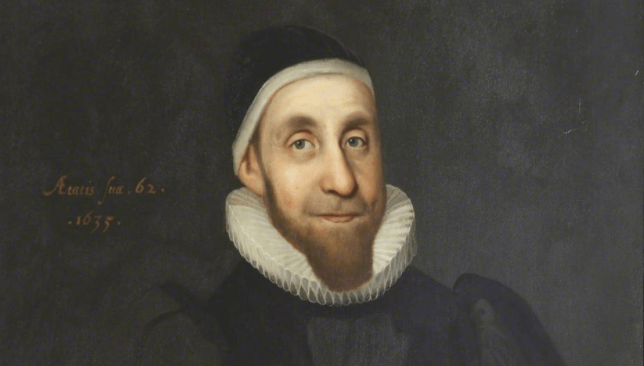 Burton was born at Lindley, Leicestershire, on Feb. 8, 1577, and was educated at the Sutton Coldfield free school, the Nuneaton grammar school, and Brasenose College, Oxford. In 1599 he was elected a fellow of Christ Church College, Oxford, where he took the degree of bachelor of divinity in 1614 and remained as librarian for the rest of his life. He was also vicar of St. Thomas’s, Oxford, from 1616, and rector of Segrave, Leicestershire, from 1630 until his death. Burton, a bachelor, seems to have led an entirely uneventful life, with his interests cdnfined to his scholarly studies. He began The Anatomy of Melancholy, according to his own account, as a means of relieving his depression, and he spent the rest of his days revising it. Burton died at Oxford on Jan. 25, 1640.

Burton’s first work, Philosophaster, a Latin drama written in 1606 and presented at Christ Church in 1617, was a lively satire on charlatanism. In 1621 the first edition of the Anatomy appeared, signed with the pseudonym “Democritus Junior.” Burton made five revised and enlarged editions of the work, published in 1624, 1628, 1632, 1638, and (posthumously) 1651. His publisher, insisting that Burton write in English instead of the Latin he preferred, is said to have made a fortune from the book. Although the Anatomy’s popularity declined somewhat in the 18th century, it revived in the 19th. Dr. Johnson, Sterne, Lamb, and Keats were notable among its more ardent admirers.

The Anatomy begins with a lengthy preface, “Democritus Junior to the Reader,” in which Burton explains his choice of pseudonym; discusses examples of human folly, both ancient and contemporary; and suggests some practical alterations in the social structure for the betterment of mankind. He contends “that all the world is melancholy or mad.” In the 17th century the term “melancholy” was used to describe a morbid depression thought to be caused by an excess of the melancholy “humour,” one of the four humors, or fluids in the body, that were believed to be the physical determinants of personality. Burton applies the term rather broadly to all forms of mental and emotional disturbance. His chief intent in writing, he says, is not to point out man’s imperfections and reform them, but to analyze melancholy in all its causes and manifestations—a step he feels is essential before reform can be effected.

The main body of the Anatomy is divided into three “partitions,” each with subdivisions into many sections, members, and subsections. The first partition defines the causes, symptoms, and prognoses of various kinds of melancholy; the second describes various cures; the third is devoted entirely to an analysis of love melancholy and religious melancholy, and, like the second, contains a wealth of 17th century medical and psychological knowledge.

A listing of the contents does not, however, give a true picture of the work. As Sir William Osier said, “No book was ever so belied by its title as The Anatomy of Melancholy. In reality it is the anatomy of man.” Throughout, Burton writes in a leisurely, anecdotal, thoroughly informal and idiosyncratic style, piling up descriptive phrases, citing and quoting at length from innumerable learned sources, eminent and obscure, recounting tales, digressing far from the announced topic, digressing even from his own digressions, and seasoning it all with satire and witty, commonsense comments on every conceivable subject. The book is a vast pudding that defies neat summary, and a thumb thrust in by the reader at any point is sure to pull out an amusing plum.