The findings of world-renowned environmentalist and paleoanthropologist Richard Leakey contributed to the recognition of Africa as the cradle of humanity.

Kenyan scientist Richard Leakey found a nearly complete human skeleton dating back 1.5 million years in 1984. World-renowned Kenyan environmentalist and paleoanthropologist Richard Leakey has died at the age of 77. Leakey’s groundbreaking work contributed to the recognition of Africa as the birthplace of humanity.

He also led campaigns to stop poaching in Kenya and was famous for burning the country’s illegal ivory stockpile. Kenyan President Uhuru Kenyatta says Leakey “serves the country with distinction“. Leakey has held various positions in the Kenyan government, including the National Museums of Kenya, the Kenya Wildlife Service, and the head of the public service.

Kenyatta explains, “In addition to his distinguished career in the public service, Dr Leakey is known for his prominent role in Kenya’s civil society, where he founded and successfully led a number of institutions.” says. 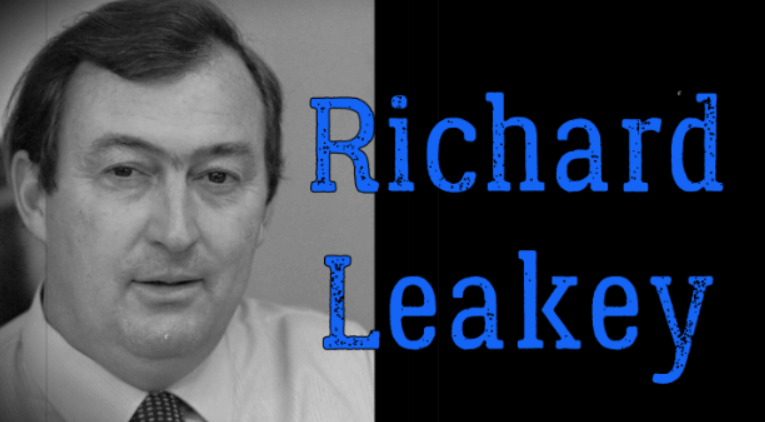 Leakey followed in his parents’ footsteps in paleoanthropology, the practice of trying to understand human evolution by studying fossils and ancient tools.

In his 20s, Leakey made his own important discoveries and in two of his groundbreaking books (Origins and People of the Lake) he described the emergence of Homo erectus, the ancestor of modern humans. His work has added to the growing evidence that the first humans lived on the African continent. He switched careers to head Kenya’s Wildlife Service in the late 1980s, at a time when poachers were decimating entire elephant and rhino populations in the country.

He told the rangers to shoot poachers on sight and organized the public burning of a large pile of ivory. In 1993, a small plane he was flying lost power and crashed. Leakey survived, but both legs were amputated below the knee. This did not prevent her from entering Kenyan politics and founding a new political party called Safina. His political career did not last long, however, and in 1998 he was cast as Kenya’s head of civil service with an official anti-corruption mission. He remained in that role for three years before returning to the Kenya Wildlife Service.

At the time of his death, he was serving as the head of the Turkana Basin Institute at Stony Brook University in the USA. The institute works to facilitate research and education in paleontology and archeology in northern Kenya. Kenyan Vice President William Ruto said that Leakey “inspired many Kenyans with his devotion to his country. He says he loves Kenya.”

Richard Leakey was an extremely independent thinker from a young age. His family’s famous work on archeology undoubtedly had a major impact on the path he chose. But he still found his own way and made important discoveries as early as his 20s. He was also a warrior. His skull was fractured after falling off a horse as a child. Later in life, he had a kidney and liver transplant, battled cancer, and survived a plane crash in which he lost both legs. But he remained focused on his goals.

But Kenyan politics have been tough. Leakey was a strong critic of the Daniel Arab Moi government. He even formed a political party against it. But when Moi asked him to lead the civil service and lead the fight against corruption, he agreed. He resigned a few years later. However, it left a permanent mark for the whole world in the field of science and conservation.