John Suckling; (1609-1642), English Cavalier poet. He was born in Twickenham, the son of a wealthy government official, and was baptized there on Feb. 10, 1609. He studied at Trinity College, Cambridge, and was admitted to Cray’s Inn in 1627. From 1628 to 1630, Suckling traveled in France and Italy, and on his return to England he was knighted. In 1631 he joined the British force, commanded by the 3d marquess of Hamilton, that served under Gustavus Adolphus in the Thirty Years’ War and took part in the victorious Battle of Breitenfeld. After he returned to England in 1632, he made a reputation at court for his wit, prodigality, and addiction to gaming. According to the antiquary John Aubrey, Suckling invented the game of cribbage. 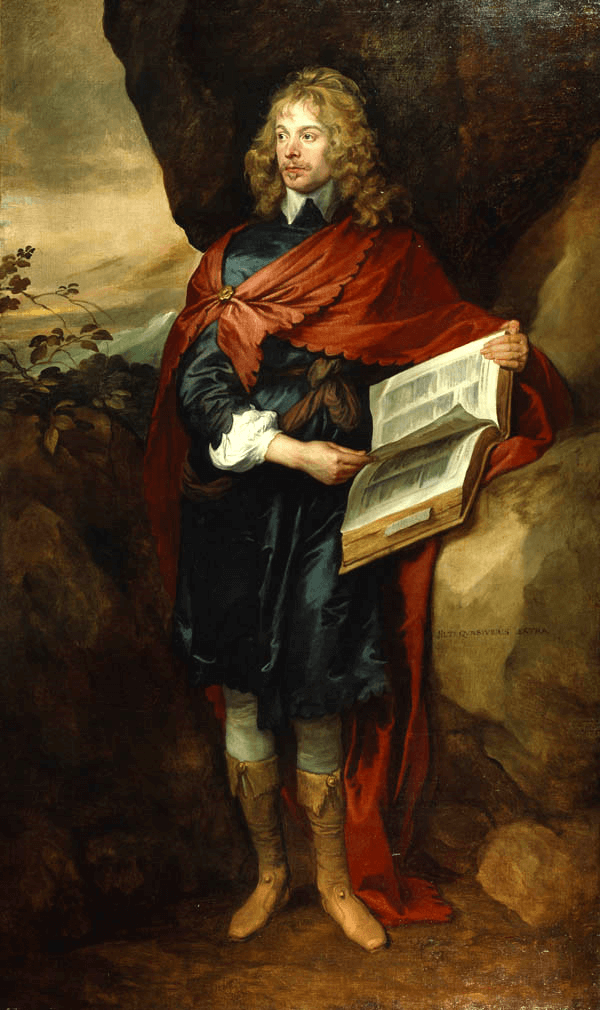 Retiring to his estates in 1635, Suckling wrote A Session of the Poets (1637), a poem containing satirical descriptions of Ben Jonson, Thomas Carew, Sir William Davenant, and other contemporaries. He is better known, however, for his charming lyric verse, of which A Ballad Upon a WedıUng (published with other works in Eragmenta Aurea, 1646) is the most familiar. In addition, he was the author of a work on Socinianism, entitled An Account of Religion by Reason (1646), and of four plays: Aglaura (1637), containing the famous lyric, “Why so pale and wan, fond lover?”, The Goblins (1638); Brennoralt, or the Discontented Colonel (1639); and The Sad One (uncompleted). Suckling himself financed the very lavish first production of Aglaura.

An ardent Royalist in the struggle between the king and Parliament, Suckling raised a troop of 100 horses at his own expense and accompanied Charles I on his unsuccessful expedition to Scotland in 1639. In 1640 he was elected to the Long Parliament for Bramber. The following year, Suckling was implicated in a plot to rescue Thomas Wentworth, Ist Earl of Strafford, from the Tower of London and to secure French aid against the Parliamentarians. When the plot was discovered, he fled to France, where, according to Aubrey, he took poison and died, in Paris, in May or june 1642.