John Jay; (1745-1829), American patriot, diplomat, and chief justice. A supporter of the Revolutionary cause, he served in the first federal government under the Articles of Confederation and then became the first chief justice of the United States (1789-1795). As a diplomat, he participated in the peace talks ending the American Revolution, and in 1794 he negotiated a controversial treaty of amity and commerce with Britain. The unpopularity of that pact foreclosed any chance he might have had to become president of the United States, and his last public office was as governor of his native state of New York. A firm believer in strong central government, Jay ardently defended the new U.S. Constitution, and as chief justice he sought to extend federal powers.

A descendant of early Huguenot and patrician Dutch settlers of New York, Jay was born in New York City on Dec. 12, 1745. He graduated from King’s College (later Columbia) in 1764, studied law, and was admitted to the bar in 1768. On April 28, 1774, he married Sarah Van Brugh Livingston, youngest daughter of William Livingston, the Revolutionary governor of New Jersey.

Jay’s first responsibility in his career of public employment was as secretary of the Royal Mixed Commission appointed in 1773 to settle the disputed boundary between New Jersey and New York. The success of this commission may have been his precedent for the mixed arbitral commissions created in his famous treaty of 1794.

The public disputations preceding the American Revolution soon put an end to Jay’s private law practice and diverted him into public service. As a member of the New York committee of correspondence and of the Continental Congress, he opposed independence as inviting mob rule and chaos. He was absent from the Continental Congress on the day when the vote for independence occurred but once the fateful step was taken, he adhered patriotically and unwaveringly to it. As chairman of a committee in the New York Provincial Congress, he immediately drafted the resolutions confirming independence (July 9, 1776). He also had a leading part in the state convention that drafted the constitution of New York and served for a few months as the first chief justice of his state. On Dec. 10, 1778, he was elected president of the Continental Congress. 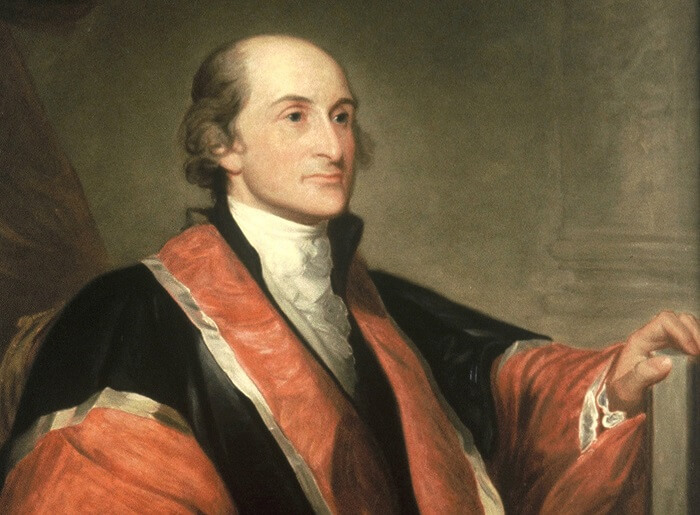 In 1779, Congress sent Jay, as its ranking member, to Spain as minister plenipotentiary, seeking recognition of the United States, financial aid, and military alliance in the war against Britain. Spain refused to recognize the independence of the United States but entered the war as an ally of France. Jay remained in Spain until the spring of 1782, when he joined Benjamin Franklin in Paris as a member of the U.S. commission to negotiate peace with Britain.

In these negotiations, Jay played an important, if not the leading, role. He insisted that the British commissioner be empowered to treat with plenipotentiaries of the United States rather than with those of individual “colonies.” Suspicious of secret French missions to London, he privately urged the British government to come to a quick peace with the United States and influenced his fellow commissioners to sign separate preliminary articles of peace with Britain without prior approval by the French government. Because these agreements were conditional, they did not violate the Franco-American alliance, although Jay had acted counter to instructions from home.

Foreign Secretary and Chief Justice. After signature of the final peace treaties, Jay declined ministerial posts to Britain and France. Yearning for private life, he returned to America in 1784 only to learn that Congress had appointed him secretary of foreign affairs. In this position he conducted negotiations with Britain and Spain concerning commerce and frontier disputes, including Western Indian tribes and (in the case of Spain) navigation of the Mississippi River, but neither came to any conclusion.

Convinced of the weakness of the government under the Articles of Confederation, Jay campaigned for the adoption of the new Constitution, contributing to the Federalist papers and pushing for ratification in the New York convention. Upon the organization of the new national government, President George Washington appointed Jay chief justice. 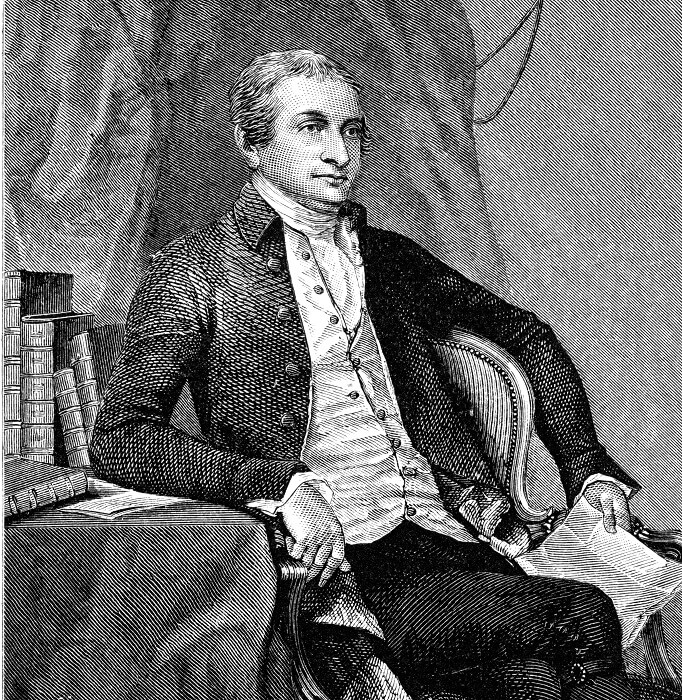 The most important case decided during Jay’s tenure on the Supreme Court was Chisholm v. Georgia (1793), which affirmed the right of a citizen of one state to sue another sovereign state. However, this case led to the quick adoption of the 11th Amendment to the Constitution, which had the effect of reversing the decision.

During the war crisis of 1794 with Britain, President Washington, on the advice of Alexander Hamilton and other Federalist leaders, sent Chief Justice Jay to England on a special mission to reach a peaceful settlement. After several months of negotiation with Britain’s foreign minister, Lord Grenville, Jay signed the agreement known as Jay’s Treaty on Nov. 19, 1794. Jay’s Treaty might just as well be called “Hamilton’s Treaty,” because the private letters of Hamilton to Jay were more influential than Jay’s official instructions from Secretary of State Edmund Randolph. The concessions to Britain were the price the Federalists paid for a continuation of U.S. neutrality in the war between France and Britain and for support of America’s financial credit.
MORE INFO ON JAY’S TREATY

On his return in 1795, Jay resigned as chief justice in order to serve as governor of New York, to which office he had been elected during his absence. His integrity as governor is revealed in his rejection of Hamilton’s proposal before the presidential election of 1800 that Jay call a special session of the expired Federalist legislature to choose electors for the presidency before the newly elected Republican legislature should meet. The closely contested presidential election, Hamilton pointed out, would depend on the votes of New York. Rejecting this political trickery, Jay wrote on Hamilton’s letter urging the stratagem: “Proposing a measure for party purposes which I think it would not become me to adopt.”

After the Republican triumph, Jay retired in 1801 to his Bedford, N. Y. home, where he died on May 17, 1829. Jay’s two sons, Peter Augustus Jay and William Jay, had distinguished political and civic careers and carried the Jay family into continuing generations.