Hoke Smith; (1855-1931), American political leader. He was born in Newton, N. C., on Sept. 2, 1855. Son of a college professor, he moved with his parents to Atlanta, Ga., at the age of 17. Here he studied lawand began practice in 1873, specializing in damage suits against railroads. From 1887 to 1900 he owned and edited the Atlanta Journal, using it to press his demands for progressive legislation and reforms in many fields. 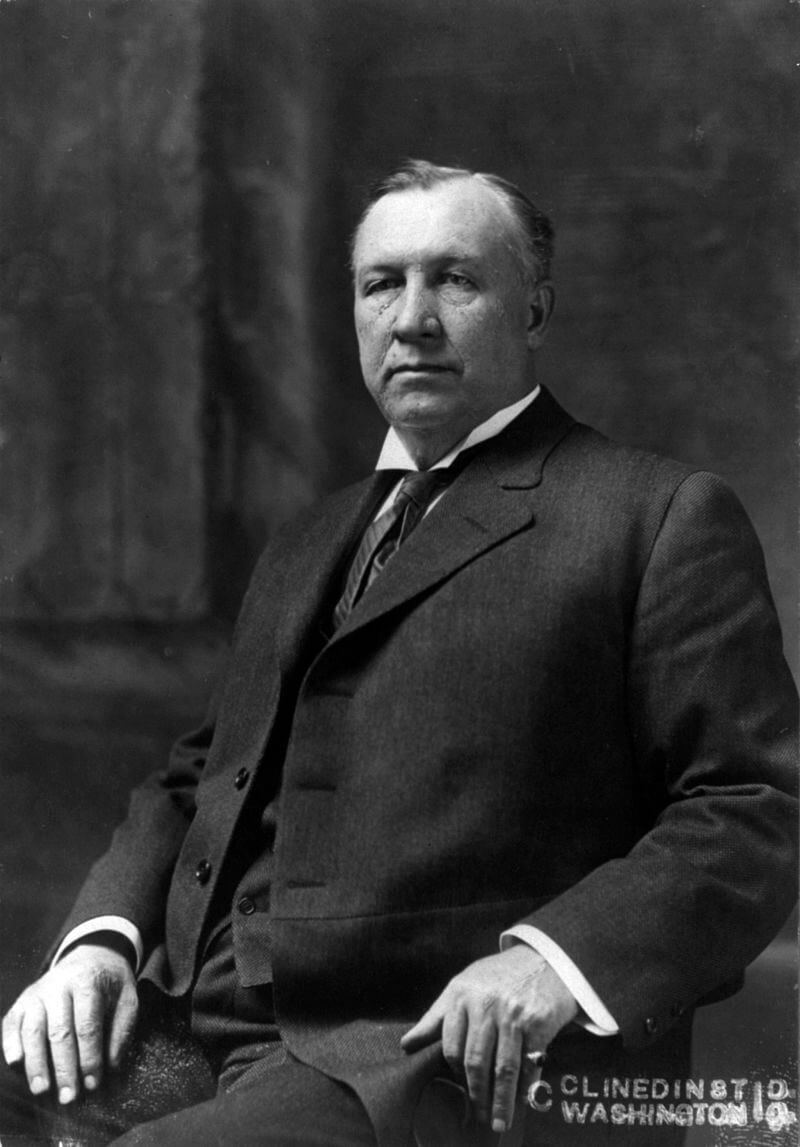 In 1892, amid the controversy over free silver, his belief in the gold standard and the policies of form er President Grover Cleveland led him to support Cleveland for reelection. Cleveland in 1893 appointed him secretary of the interior, a post in which he made an outstanding record by reorganizing government bureaus, promoting forest reserves, and saving public lands from private exploitation. Resigning in 1896, he resumed legal practice but returned to politics as governor of Georgia (1907-1909 and 1911). During his governorships the General Assembly, under his leadershif’ passed progressive legislation in the fields of education, agriculture, suppression of child labor, and railroad regulation. lt enacted statewide prohibition and abolished the convict-lease system, but it also imposed educational and property qualifications for voting that, in effect, disenfranchised Negroes.

Smith resigned as governor in 1911 to enter the U. S. Senate. During his nine years as a senator, Smith showed statesmanship on a national scale, supporting President Woodrow Wilson’s New Freedom reforms and playing a prominent part in enacting them into law. He cosponsored the Smith-Hughes Act of 1914, providing for vocational education, and the Smith-Lever Agricultural Extension Act of 1917. During World War I he opposed some of Wilson’s policies before the United States entered the conflict but afterward vigorously supported the war effort. After the war he was again in conflict with Wilson in opposing U. S. entry, without reservations, into the League of Nations. Smith died in Atlanta on Nov. 27, 1931.