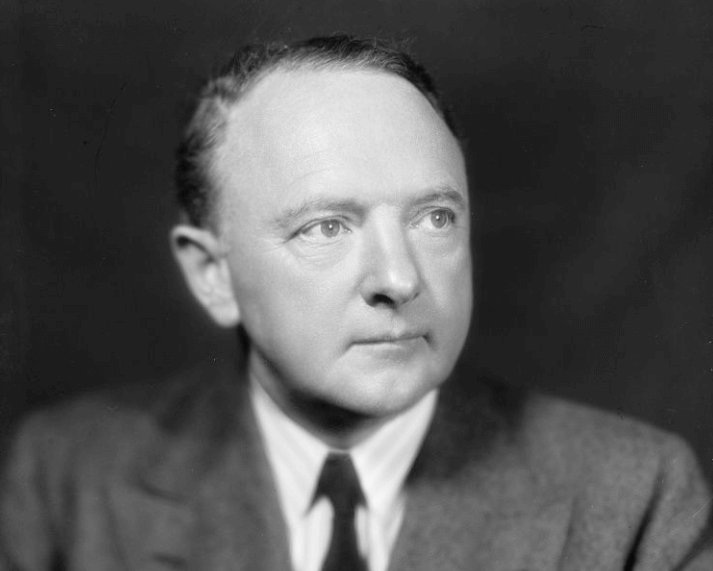 Harry Flood Byrd; (1887-1966), American public official, who became Virgina’s foremost political leader in the 20th century. A direct descendant of William Byrd (1674-1744), Harry Byrd was born in Martinsburg, W. Va., on June 10, 1887. His father, Richard E. Byrd, was a newspaper publisher who had influence in the Virginia Democratic organization of U. S. Senator Thomas S. Martin. In 1903, at the age of 15, Harry Byrd left school to manage his father’s Winchester (Va.) Star. His successful direction of this and other business interests enabled him to obtain extensive apple orchards.

Byrd acquired a political bent from both his father and an uncle, U.S. Congressman Henry D Flood, a major voice in the Martin organization. Flood’s political influence helped Byrd win election to the Virginia senate in 1915, and his death: and that of Martin created the leadership vacuum that enabled Byrd to become Democratic state chairman in 1922. In 1925, Byrd won the governorship on a platform pledging ambitious ministrative reform. During four years in office he obtained numerous amendments to the state’s 1902 constitution, introduced the short ballot and instituted pay-as-you-go financing.

The reputation and power base Byrd lished in the 1920’s lasted for four decades. By a sagacious policy of compromise and consensus, his organization gave Virginia a conservative, frugal and honest government regularly endorsed by tit, electorate. Byrd entered the U.S. Senate in 1933 as a supporter of President Franklin D. Roosevelt Within two years, however, he grew disillusioned with what he considered the radical tenor of Roosevelt’s New Deal. During his remaining 30 years in the Senate, he tenaciously resisted augmentation of federal power, especially in its welfare state manifestation. As the powerful chairman of the Senate finance committee from 1955 to 1965 he became known to the nation as the “watchdog of the Treasury.”

Although nominally a Democrat, Byrd supported no Democratic presidential nominee after 1936. In spite of his party irregularity, he easily defeated all Democratic opponents in Virginia. Even in 1964, when his rural-based organization showed strain, he won reelection effortlessly. In November 1965, Byrd resigned his seat to make way for the appointment of his son Harry Flood Byrd, Jr. Byrd died in Berryville, Va., on Oct. 20, 1966, and two weeks later his son was elected to his Senate seat.