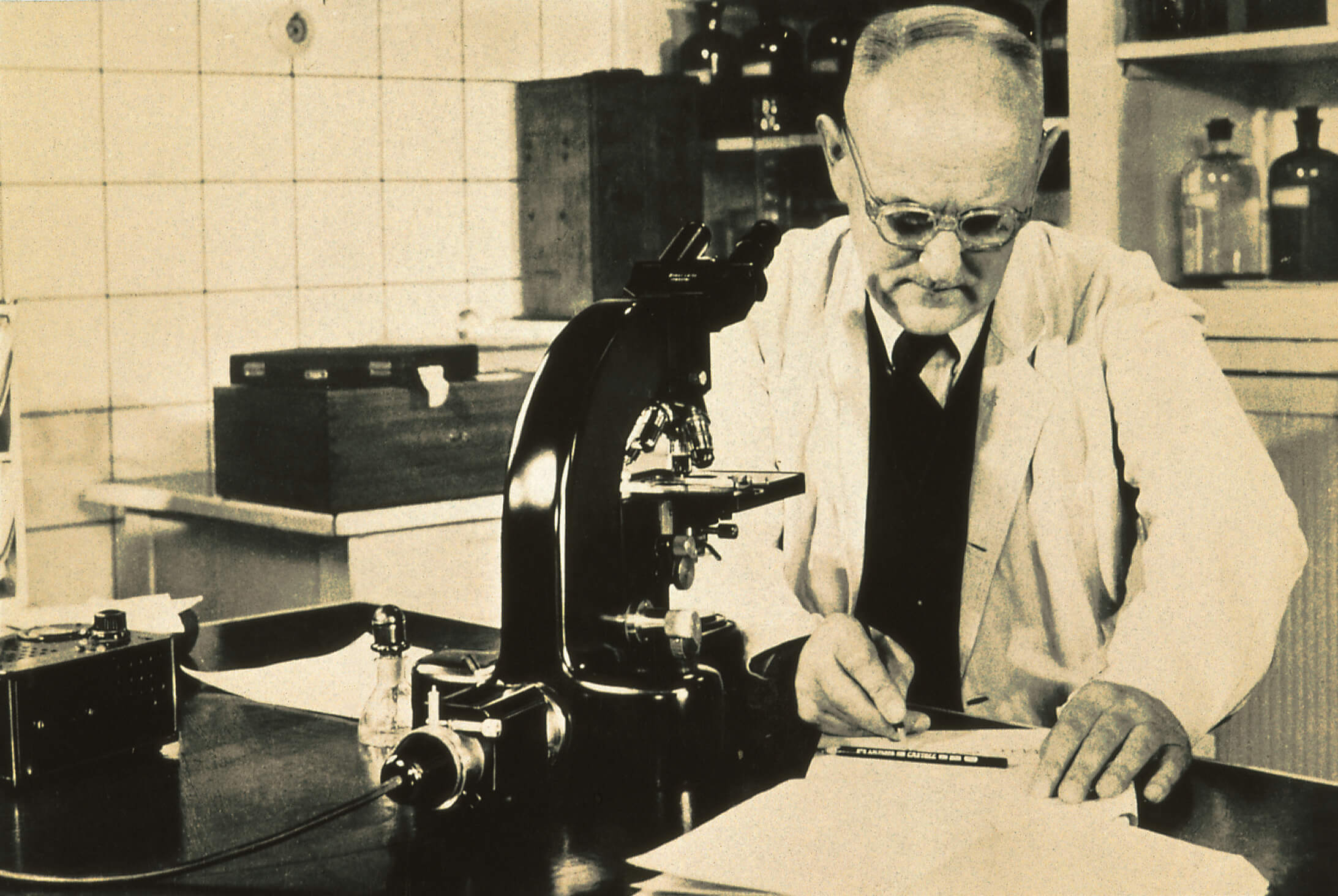 Gerhard Domagk; (1895-1964), German chemist and physician, who was awarded the 1939 Nobel Prize in medicine or physiology for his discovery of prontosil, a precursor of the sulfa drugs. In 1930, while working in a German dye company, Domagk began to investigate the chemotherapeutic effects of various azo dyes. He studied the effects of the dyes on various microorganisms grown in test tubes and on experimental animals infected with disease-producing microorganisms. In 1935, after testing more than 1,000 of these dyes, he announced that one of them—prontosil (sulfonamide-crysoidin)— could cure experimentally induced streptococcal infections in mice. 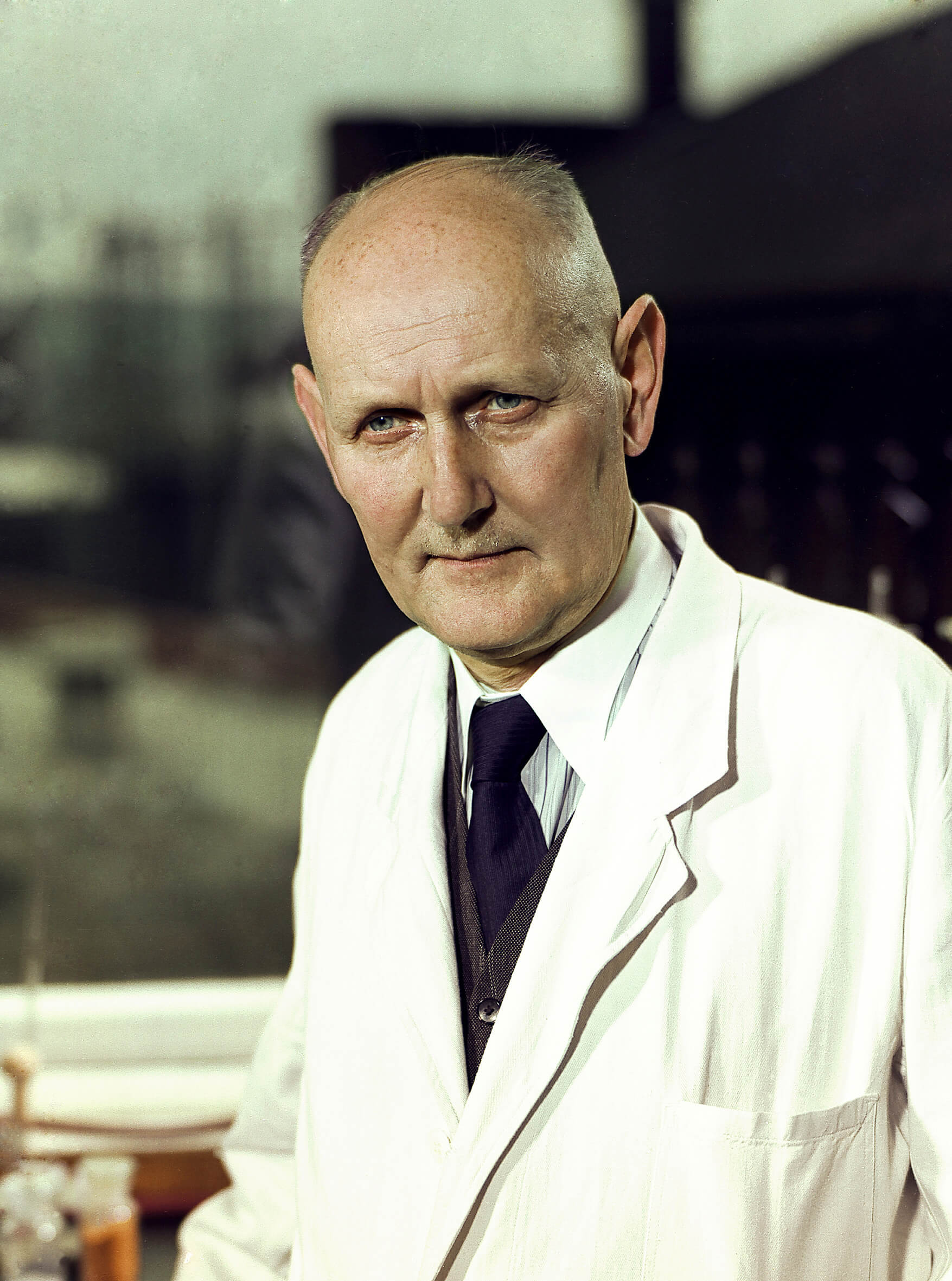 Curiously, prontosil had no direct effect on streptococcal bacteria in test tubes but exerted its effect only in the body, where it was broken down to yield the active agent sulfanilamide, which acts directly on streptococci. This discovery introduced the first of the so-called sulfa drugs, a very effective group of chemotherapeutic substances that have been widely used clinically to treat many different diseases caused by several strains of pathogenic (disease-producing) bacteria. Although the sulfa drugs have largely been replaced by the newer antibiotics, they are still used to treat some infections, such as urinary tract infections. 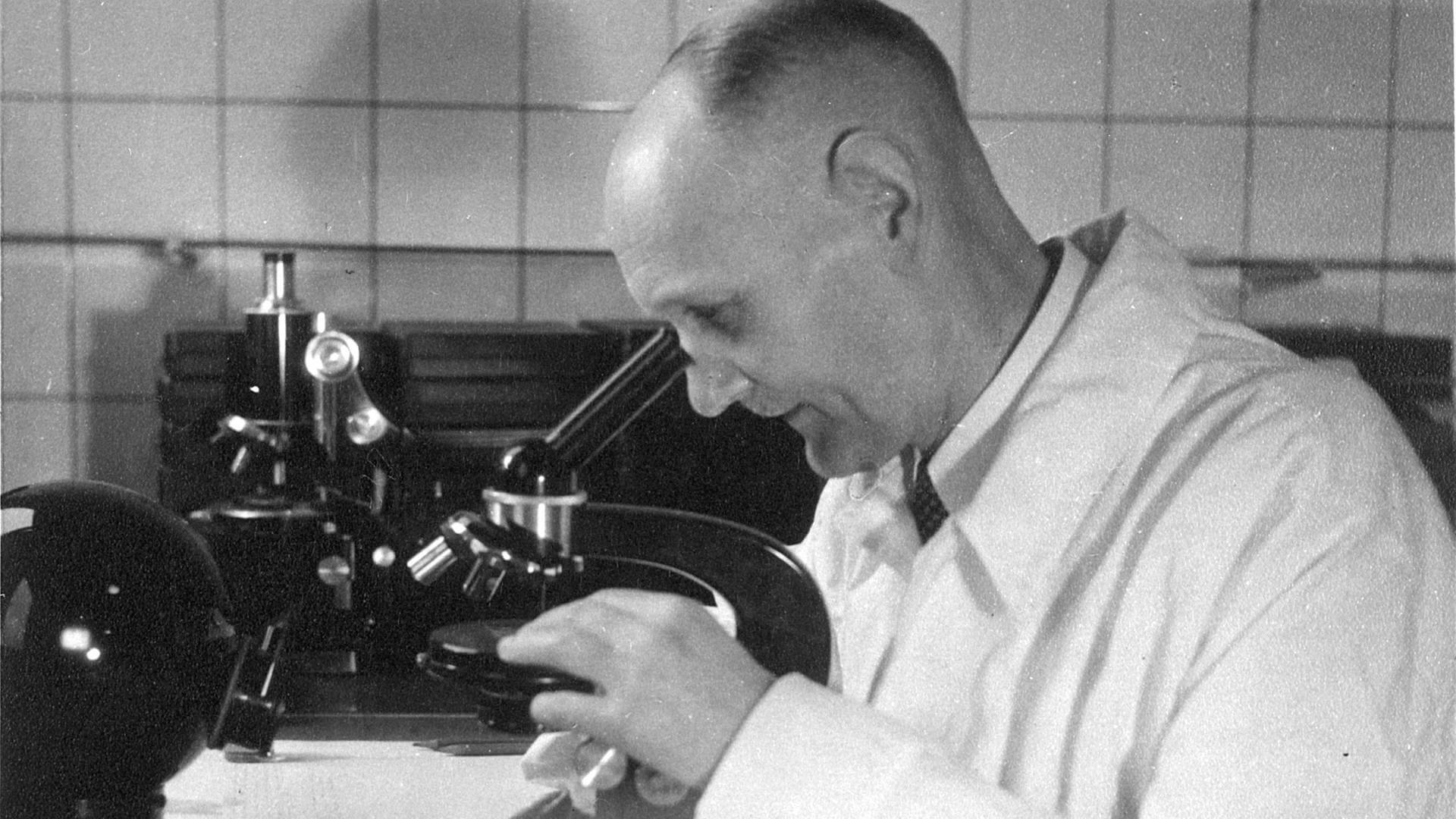 Domagk was born in Lagow, Brandenburg, Germany, on Oct. 30, 1895. He received his M.D. from the University of Kiel in 1921. After teaching at the universities of Greifswald and Munster, he joined the staff of the German dye company I. G. Farbenindustrie, becoming research director in experimental pathology and bacteriology in 1927. When he was awarded the 1939 Nobel Prize, the German government would not allow him to accept it, and it was not until 1947 that he was able to receive the prize. Domagk died in Burberg, Baden-Württemberg, West Germany, on April 24, 1964.