Gaetano Donizetti; (1797-1848), Italian composer of operas, who, with Bossini and Bellini, dominated the opera houses of his day. He was born on Nov. 29, 1797, in Bergamo. He received his first musical instruction there and then went to Bologna in 1815 to complete his training. The tradition that he served in the army is unfounded.

From 1822 to 1838, Donizetti made Naples the center of his activities, though he frequently wrote for the opera houses of other Italian cities. When his opera Poliuto was forbidden by the Neapolitan censors in 1838, Donizetti moved to Paris, where he brought out Les Martyrs ( 1840 ), a revision of the Poliuto score. From 1842 he lived part of the time in Paris, the rest in Vienna, where he introduced Linda di Chamounix (1842). The last significant premieres ( Don Pasquale and Dom Sébastien ) of his career took place in 1843. In 1845, Donizetti was stricken with paresis and, paralyzed in body and mind, died in Bergamo on April 8, 1848. 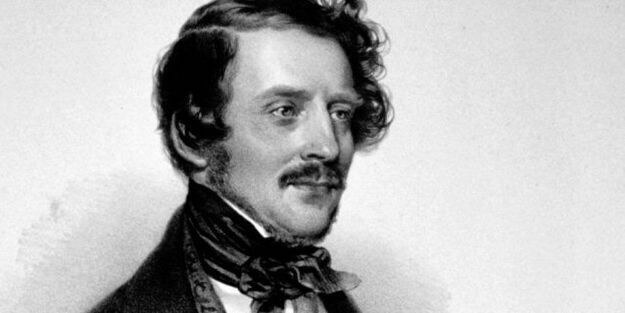 Donizetti’s first opera, Enrico di Borgogna, went unnoticed when it was produced in 1818. His first success was at Bome with Zoraide di Granata (1822 ). He composed more than two dozen operas before 1830, all strongly indtebted to the work of Bossini, though some contain highly individual passages. These apprentice works established Donizetti as a composer equally proficient in comic and serious veins. Following Anna Bolena (1830), which introduced him to audiences in London and Paris, he composed his best-known operas: L’elisir d’amore (1832), Lucrezia Borgia (1833), Lucia di Lam-mermoor (1835), La fille du régiment (1840), and La Favorita ( 1840 ).

Too frequently Donizetti is summarily dismissed as a composer. Although he never attained the stature of the mature Verdi, a striking feature of his later style is a fondness for straightforward melodies of the type usually associated with Verdi’s music. Donizetti’s melodic romanticism and his skill at composing intensely moving ensembles have been reassessed as the result of a number of revivals of his less familiar operas, such as Parisina (1833), Maria Stuarda (1834), and Roberto Devereux (1837)