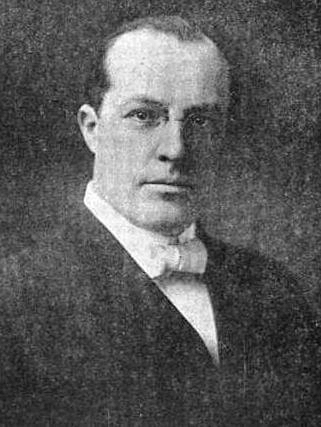 Frederick Madison Smith;(1874-1946), Mormon leader and grandson of Joseph Smith (1805- 1844), the founder of the Church of jesus Christ of Larter-day Saints. Frederick Smith was born in Plano, Ill., on Jan. 21, 1874. His father, Joseph Smith (1832-1914), was at that time carrying on editorial and organizing work for the Midwest Mormon body, the Reorganized Church of Jesus Christ of Latter Day Saints. His mother was Bertha Madison Smith, second wife of Joseph Smith. In 1881 the family moved to Lamoni, the Iowa center of the Mormon organization. Here his father was active in educational work, and the son attended public elementary and high schools. His father founded Craeeland College, and Frederick was its first graduate. Frederick also did graduate studies at the University of Iowa and at the University of Kansas and completed his work at Clark University.

Frederick Smith held a number of offices in the Reorganized Church. For a time he was the general historian of the body, by appointment. He took this assignment seriously and was widely known for his polemic interests. Ordained as an elder, he became counselor to the local bishop at Lamoni. He was presiding officer over a quorum of elders and eventually counselor to his father, who was president of the church. Frederick served as a president of the board of trustees of Graceland College. In May 1915, six months af ter his father died, Smith succeeded him as president of the church. Smith died on March 20, 1946, in Independence, Mo., the headquarters of the church from 1906.