Feodor Lynen; (1911-6 August 1979 ), German biochemist who was awarded the 1964 Nobel Prize in physiology or medicine for his work on cholesterol and fatty acid metabolism. He shared the award with the American biochemist Konrad E. Bloch, who also did research in the same areas. 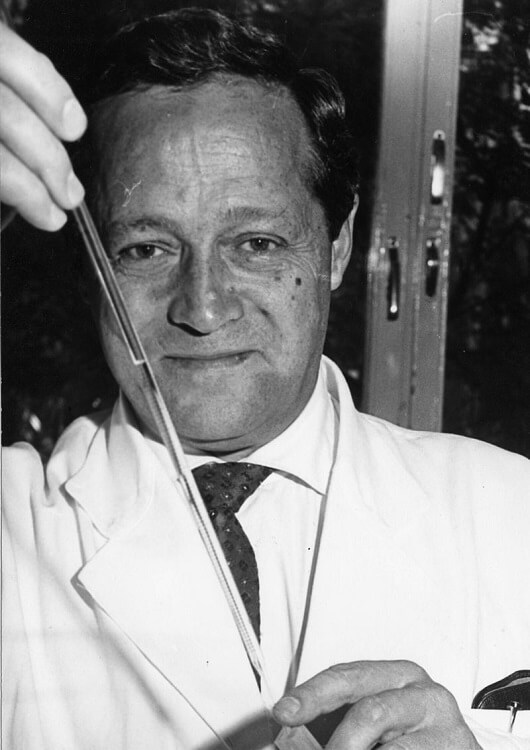 In 1951, Lynen isolated an “active acetate” from yeast and showed that it reacted with coenzyme A (an enzyme essential for proper cell functioning) to form acetyl thioester of coenzyme A, the essential first step in the biosynthesis of cholesterol and fatty acids. He later showed, simultaneously with but independently of Bloch, intermediate steps leading to the synthesis of squalene, a compound known from earlier work by Bloch to be the precursor of cholesterol.

Lynen and his associates also shed light on the metabolism and synthesis of fatty acids. They elucidated intermediate stages in beta oxidation whereby fatty acids are degraded in two-carbon fragments. They also isolated a multienzyme complex from yeast and found that this complex catalyzes the formation of long-chain fatty acids from acetyl coenzyme A and malonyl coenzyme A. Further, they found that carbon dioxide plays a role in the conversion of acetyl coenzyme A to other compounds and that the vitamin biotin in an enzyme-bound form is involved in the transfer of carbon dioxide to organic compounds. The discoveries by Lynen and Bloch concerning fatty acid were important not only for pure chemistry but also for the light they shed on the possible role of cholesterol in coronary disease.

Lynen was born in Munich on April 6, 1911. He studied at the University of -Munich and later became a faculty member there. In 1954 he became director of the Max Planck Institute for Cell Chemistry in Munich. He died on 6 August 1979.