Who is Elihu Root? What did Elihu Root do? Information on Elihu Root biography, life story, works and political career. 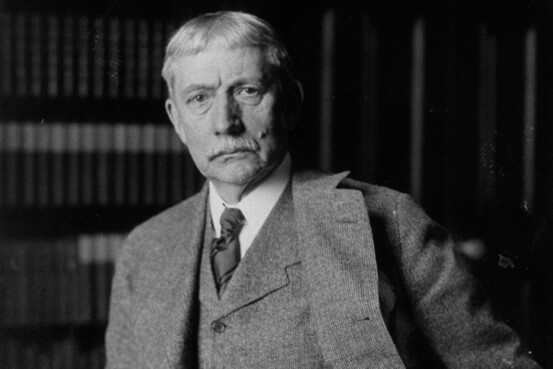 Elihu Root; (1845-1937), American lawyer and statesman, who won the Nobel Peace Prize in 1912. He was born in Clinton, N. Y., on Feb. 14, 1845. He graduated from Hamilton College in 1864, received a law degree from New York University in 1867, and began a successful practice in New York City. From 1883 to 1885 he was U. S. district attorney for the southern district of New York. He served as legal adviser to Theodore Roosevelt during much of the latter’s political career in New York.

Elihu Root was appointed secretary of war by President William McKinley in 1899. One of his chief accomplishments was the reorganization of the Army. He ended permanent staff jobs in Washington, instituted the principle of rotating officers from staff to line, and created the Army War College. Root was also responsible for establishing the governmental systems for the former Spanish territories of Cuba, Puerto Rico, and the Philippines.

Root resigned early in 1904, but was recalled the next year by President Theodore Roosevelt as secretary of state, a post he held until 1909. Anxious to establish friendly relations with the countries of Latin America, Root toured South America in 1906. During his trip he persuaded the Latin American nations to participate in the Second Hague Peace Conference. He also worked for good relations with Japan. In 1908 he negotiated the “Gentlemen’s Agreement” by which Japan would control immigration to the United States, thereby avoiding passage of exclusionary immigration laws.

Root was a Republican senator from New York (1909-1915) and chairman of the Republican National Convention in 1912. As chief U. S. counsel before the Hague Court in 1910, he settled the U. S.-British controversy over North Atlantic coastal fisheries. He was a leading Republican supporter of the League of Nations, urging acceptance of the League covenant with reservations. Root was awarded the Nobel Peace Prize in 1912 for his contributions to peace and work for arbitration.

In his later years Root continued to work to strengthen international law and justice. He was a member of the League’s committee of jurists, which framed the statute for the Permanent Court of International Justice in 1920. He was also a strong advocate of U. S. membership in the court. From 1910 to 1925 he was president of the Carnegie Endowment for International Peace and worked also for the advancement of pure science. In 1921 he was appointed by President Warren G. Harding as one of four U. S. delegates to the International Conference on the Limitation of Armaments in Washington. Root was chairman of the board of trustees of Hamilton College from 1909 until his death. He died in New York City on Feb. 7, 1937, a week before his 92d birthday.