Charlie Chaplin; (1889-1977), British film actor, whose “little tramp” character was the most popular comic figure of the 20th century. Charles Spencer Chaplin was born in London on April 16, 1889, into a family of music hall performers. His parents separated when he was a boy, and both he and his half brother Sydney were sent to live in the Lambeth Workhouse. 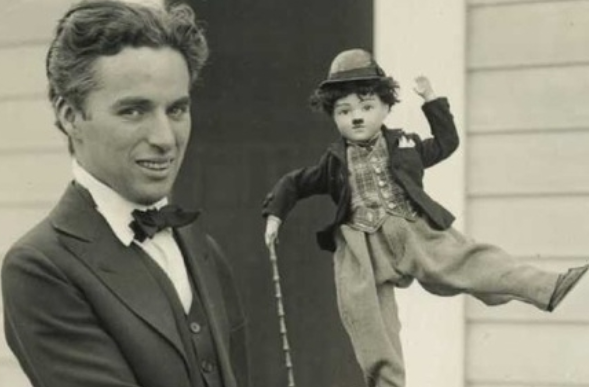 While still a youth, Charles joined a music hall act called Fred Karno’s Comedians, and by the time he was 19 had become a starring performer. When the troupe was on tour in the United States in 1913, Mack Sennett saw Chaplin’s performance and hired him to work for his Keystone studios in Hollywood. In less than a year Chaplin made 35 one-reel comedies. However, Chaplin disliked the violence and speed of the Sennett slapstick. “Nothing transcends personality,” Chaplin once said, and the personality he wanted to develop was that of the “little tramp” —the elegant ragamuffin in a derby hat, baggy pants, oversized shoes, and tightly fitting coat, who sported a toothbrush moustache and carried a bamboo cane—that he had introduced in his second one-reeler, Kid Auto Races at Venice (1914).

By the time Chaplin signed a contract with the Essanay company in 1915 at 10 times his Keystone salary, he was already internationally famous for his little tramp’s shuffling walk, nervous smile, and formal mannerisms. In the 14 one-reel comedies he made for Essanay, Chaplin combined elements of pathos and comedy for the first time in motion pictures. In 1916, Chaplin was hired by the Mutual company, again with a huge salary increase. The films he made in 1916-1917 for Mutual—The Floor Walker, One A. M., The Pawnshop, Easy Street, and The Immigrant—are generally acknowledged to be Chaplin’s best short films. 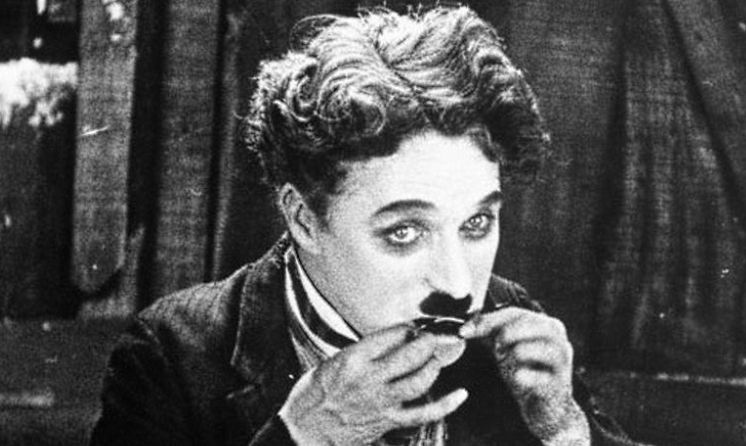 After World War II, Chaplin abandoned the “little tramp.” He wrote, produced, directed, and acted in Monsieur Verdoux (1947), Limelight (1952), and A King in New York (1957) and wrote and directed A Countess from Hong Kong (1967). These films, however, failed to win the acclaim his earlier efforts had received.

Chaplin, who had been the target for widespread but vague charges of holding radical political beliefs, had never become an American citizen, and in 1952, while vacationing abroad, he was notified by the U. S. attorney general that his reentry into the United States would be challenged. Chaplin responded by selling his American possessions and settling with his fourth wife (the former Oona O’Neill) and children in Switzerland. He published My Autobiography in 1964 and was knighted in January 1975.