Ambrose Burnside; (1824-1881), U. S. general who was a commander of the Army of the Potomac in the Civil War. He was bom in Liberty, Ind., on May 23, 1824. In 1847 he was graduated from the U. S. Military Academy, but in 1853 he resigned his commission and formed a company at Bristol, R. I., to manufacture a breech-loading weapon that he had invented. When the Civil War began, he returned to active service. 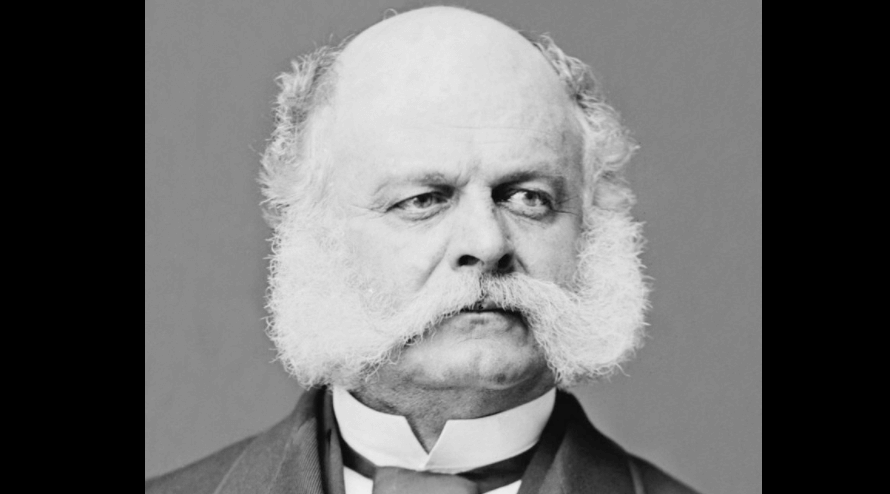 At the First Battle of Bull Run, on July 21, 1861, as a colonel of Rhode Island Volunteers, Burnside commanded the brigade that led the turning movement around the Confederate flank. In August he was commissioned a brigadier general. In January 1862 he led a successful expedition to the coast of North Carolina, seizing several important points. In March he was promoted to major general. During the Antietam Campaign, at the Battle of South Mountain, Sept. 14, 1862, troops under his command attacked Turner’s Gap. But three days later, at the Battle of Antietam, Burnside was very slow to advance, and he persisted in directing attacks across Antietam Creek over the bridge that now bears his name, instead of simply fording the stream.

Seven weeks later, President Lincoln offered General Burnside command of the Army of the Potomac. The assignment was accepted, with reluctance, on Nov. 7, 1862. On December 13 he attacked the Confederate army at Fredricksburg, Va. The result was a terrible defeat for the Union, with over 12,600 Northern casualties. Burnside was relieved of command and transferred to the Department of the Ohio. In September 1863 his army occupied Knoxville, Tenn., and Cumberland Gap. In November and December he successfully resisted a siege at Knoxville. In 1864, Burnside commanded the 9th Corps at the battles of the Wilderness, Spotsylvania, and Cold Harbor and at the Siege of Petersburg, until shortly after the Battle of the Crater.