Alexandre Dumas; (Dumas Pere) (1802-1870), called Dumas père, French writer, who is the most universally read of all French novelists. His critics have often been severe with his novels for their unsophisticated style and their loosely connected string of adventures, which strain belief; and they have found fault with the author for his lack of interest in the nuances of psychological analysis. But undemanding readers continue to relive in imagination the thrilling incidents of The Three Musketeers and The Count of Monte Cristo. Thackeray called Dumas “Alexander the Great,” and the 20th century British historian D. W. Brogan described him as “a great creator of the vision of France held by foreigners.” 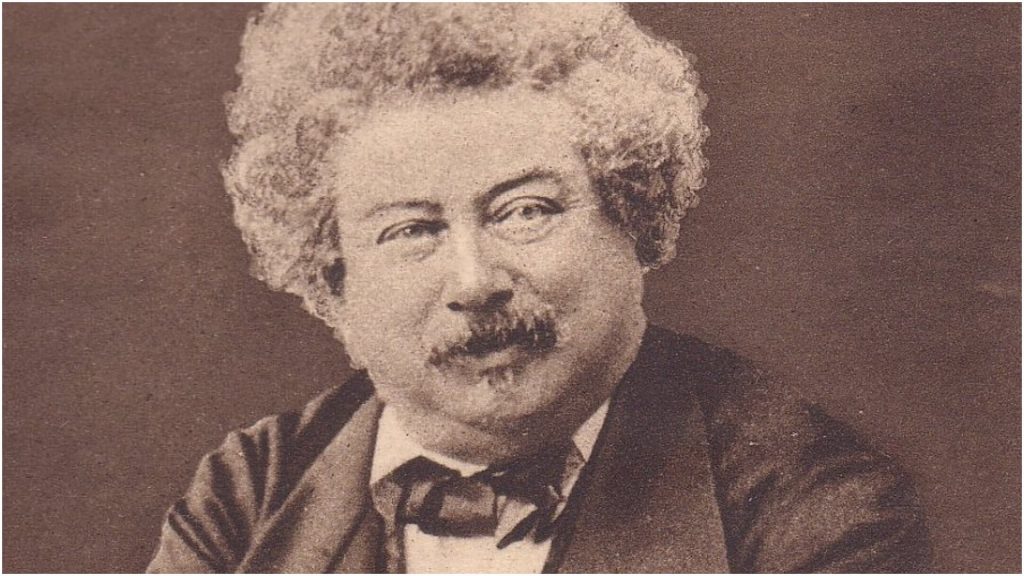 Alexandre Davy de La Pailleterie Dumas was born at Villers-Cotterêts, France, on July 24, 1802. His grandfather was a French nobleman who had settled in Santo Domingo (now the Dominican Republic); his grandmother, Marie Dumas, was a Negro woman of that island. Their natural son, Alexandre’s father ( who took the name Dumas), became one of Napoleon’s generals. Because General Dumas’ death in 1806 left his family penniless, Alexandre’s education was neglected. However, he read books of history and developed a passion for the conspiracies, dark plottings, and cruel or heroic feats of the 16th and early 17th centuries. His good penmanship earned him a’modest position as a lawyer’s clerk; then, obsessed by dreams of a literary career, he began to write for the stage, which the romantic rebels of Paris were then attempting to conquer. His first play, Henri III et sa cour (1829), scored a resounding success, and he went on to write additional plays and the many historical novels that brought him fame and an enormous fortune.

Dumas lived adventurously. He took part in the revolution of July 1830; he caught cholera during the epidemic of 1832, survived it, and traveled in Italy to recuperate. ( His travel books are among the liveliest of the 19th century, blending vivid descriptions of the real life with fictitious incidents stranger than truth. )

Always careless about money, Dumas lavished huge sums on an imposing number of mistresses, on his friends, and on fatuous buildings and art works, often chosen with little discrimination. He finished his life debt-ridden, bankrupt, but still cheerful. Alexandre Dumas fils, his son by one of his mistresses, had meanwhile started his career as a dramatist and as a moralist; he was concerned about the dire social consequences of adultery and the evils brought upon illegitimate children by their carefree parents. Dumas fils attempted to remonstrate with his father and convince him that he should reform, but to no avail. To the end, which came on Dec. 5, 1870, at Puys, near Dieppe, Dumas père had no fear of death. “I shall tell her a story,” he said to a friend, “and she will be kind to me.” 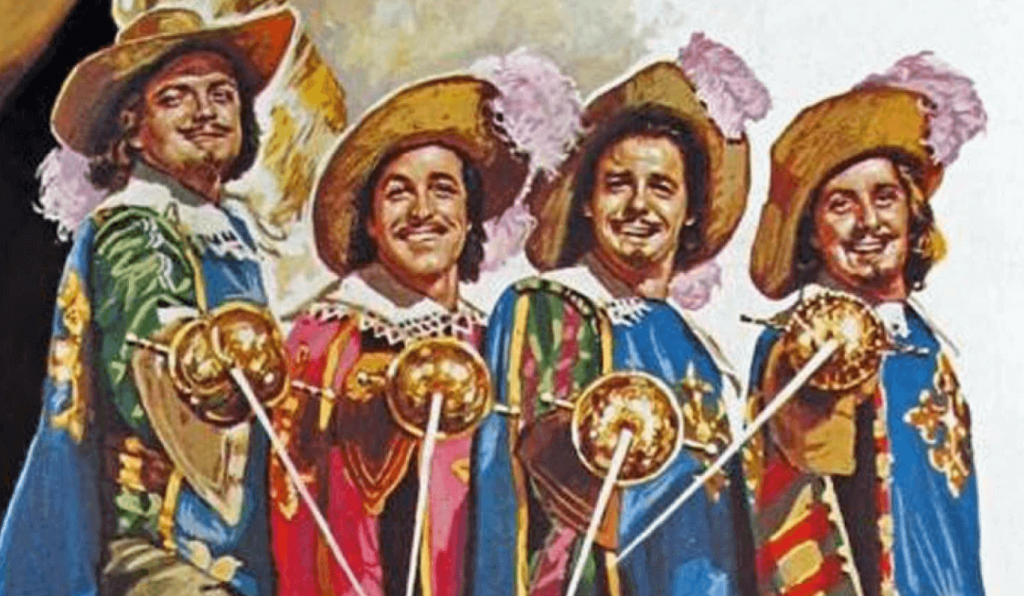 French audiences, far enough removed in time from the French Revolution and the Empire to delight in plots of violence, revenge, and fierce loves, were ready to accept Dumas’ dramatic works. He followed Henri III et sa cour with several more plays of the same type. In Antony (1831) he depicted the wife of an army officer who for several months had resisted the advances of the irresistible young Dumas. Tour de Nesle (1832), concerning the secret debauches of Marguerite of Burgundy, remains one of the most successful melodramas on the French stage. Kean (1836), which starred the most famous actor of the time, Frédérick Lemaitre, is a skillfully written drama about Edmund Kean, the great English actor of the romantic period; Jean-Paul Sartre adapted and modernized the play in 1954.

It was as a historical novelist, a French Sir Walter Scott, that Dumas scored his greatest triumphs. He was among the first, along with Balzac and Eugène Sue, to grasp the full possibilities of the roman feuilleton (serial novel). His enormous literary production, in which he was assisted by collaborators who read memoirs and volumes of history in order to provide him with themes and episodes, brought him a huge fortune. His chief collaborator was Auguste Maquet, a history teacher who also wrote novels and plays on his own. 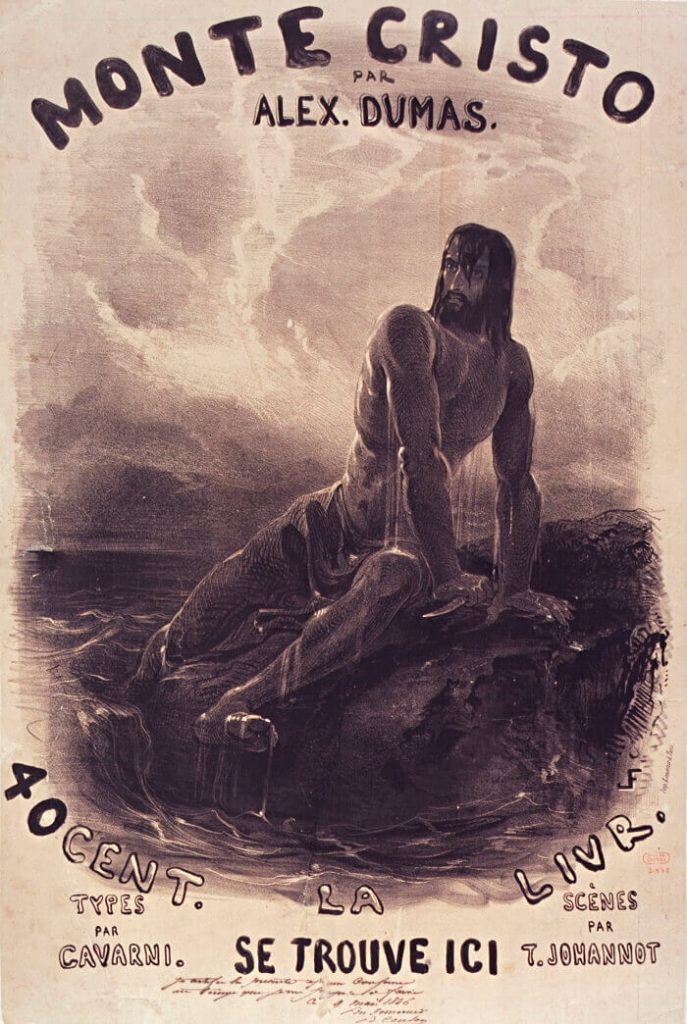 The Count of Monte Cristo

From Dumas’ score of long novels, those that survive and are often retranslated and republished include The Three Musketeers (1843-1844) and its sequel, Twenty Years After (1845); The Count of Monte Cristo (1844); and La reine Margot (1845), which, set in the reign of Charles IX, depicts the massacre of St. Bartholomew’s Day (1572).

Dumas had a flair for recreating the atmosphere of history, especially of the French religious wars, the conspiracies and duels of the reign of Louis XIII, and the romantic swashbuckling of such historical personages as D’Artagnan. Dumas rearranged the facts, supplemented them with imaginary people and events, and breathed life into the actors of past dramas. To Dumas, history was a nail on which he could hang his novels and, unlike Scott or Balzac, he never yielded to the temptation of overlong descriptions or dissertations on the significance of his stories. Bernard Shaw declared, “The elder Dumas was what Gounod called Mozart, a summit of art. Nobody ever could, or did, or will improve on Dumas’ romances and plays.”