Who are eskimos? Where do eskimos live? What are the features, characteristics of eskimo people? Information About eskimo.

ESKIMO; The Eskimos are the most widely dispersed group in the world still leading a partly aboriginal way of life. They live, as they did in early historic times, in a region that spans more than 3,500 miles (5,600 km). They occupy Greenland, the northern fringe of North America, and a sector of eastern Siberia. 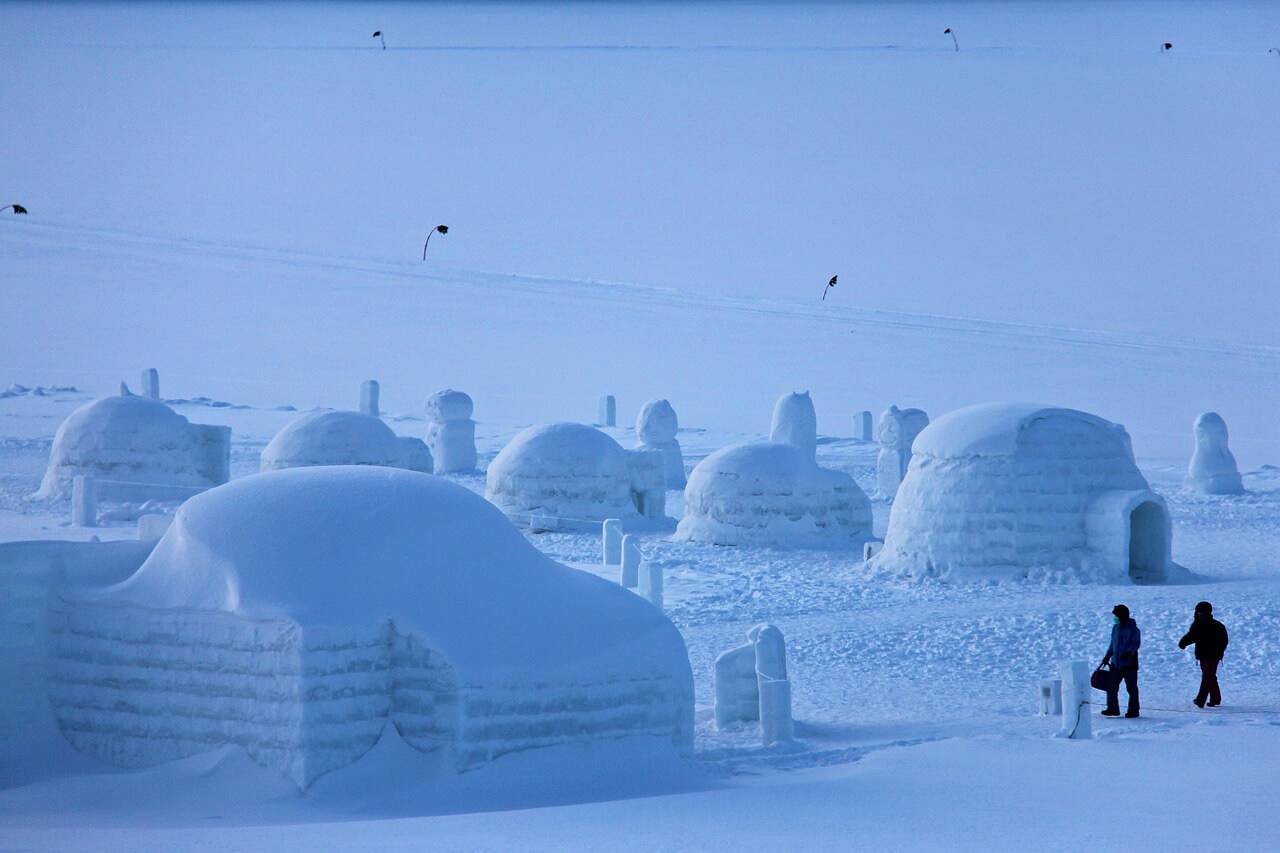 The name “Eskimo” derives from the neighboring Abnaki Indians, who called them esquimantsic, an Abnaki word meaning “eaters of raw flesh.” The Eskimos cali themselves Inuit or Yuit, meaning “real people.”

The Eskimos are characterized by an unusual degree of cultural, linguistic, and racial unity. On the basis of physical characteristics, Eskimos are among the most distinct racial groups anywhere. They are racially distinct from American Indians, although the differences of appearance between Eskimos and Indians are no greater than those between some groups of Indians. Eskimos are more closely related to eastern Siberian peoples (Paleo-Siberians) than to Indians. In faet, the Eskimos’ closest relationships are with these Mongoloid peoples in eastern Asia.

Eskimos are short in stature, averaging 5 feet, 3 inches (1.6 meters). Their trunks are long in comparison with their legs, and their hands and feet are disproportionately small. They are not fat but appear so because of their bulky clothing and broad faces. Eskimos usually have long heads, prominent cheekbones, epicanthic folds partially concealing brown eyes, and straight black hair. They have little facial or axillary hair, and their skin, where it is not exposed to the elements, is only slightly darker than the unexposed skin of most Europeans. No Eskimo skeletal remains have been found that date from much earlier than the Christian era, thus their specific racial history is unknown. 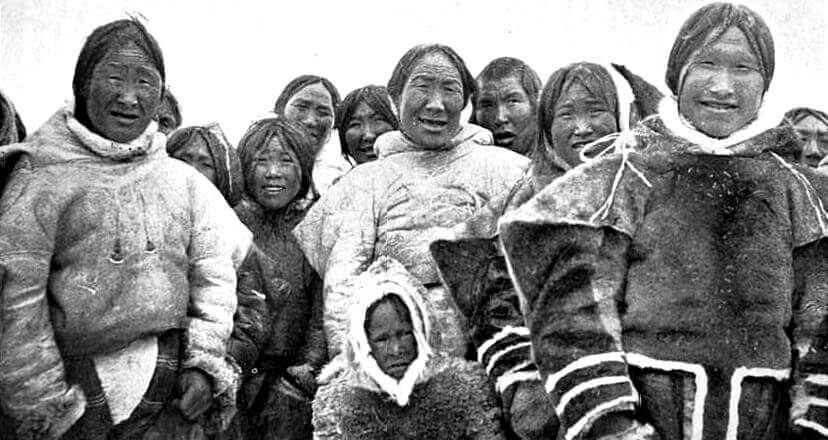 The Eskimo population was approximately 50,000 at the time of the first widespread contact with Europeans. An estimated 2,000 SiUbrian Eskimos lived mainly on the Chukchi Peninsula near Bering Strait. Alaskan Eskimos numbered about 25,000 and were confined to the periphery of Alaska, from Prince William Sound on the Pacific Ocean to the northeastern corner of what is now the state. The Central Eskimos, numbering 10,000, ranged from the Mackenzie River delta eastward to Ungava Bay in northern Quebec. They also inhabited the island archipelago of northern Canada. The 3,000 Labrador Eskimos lived along the coast of what is now that Canadian province. Greenlandic Eskimos, totaling 10,000, were concentrated in the southwest of Greenland, but small population enclaves were located in the northwest and southeast.

The Arctic area occupied by Eskimos, ranging from Bering Strait to Greenland, is a tundra zone adjacent to the sea. In the subarctic of southwestern Alaska, however, Eskimos live amid grasslands or in an area dominated by forests of white spruce. Eskimos along the northern Pacific shore are at home in dense forests of Sitka spruce and western hemlock, and in subarctic Labrador they live in both tundra and spruce forest zones. Thus Eskimos were moderately successful in expanding south of the tundra zone with which they are most often associated. Although Eskimos are primarily a coastal people, they sometimes occupied inland areas such as the Barren Grounds of Canada and an interior portion of southwestern Alaska. 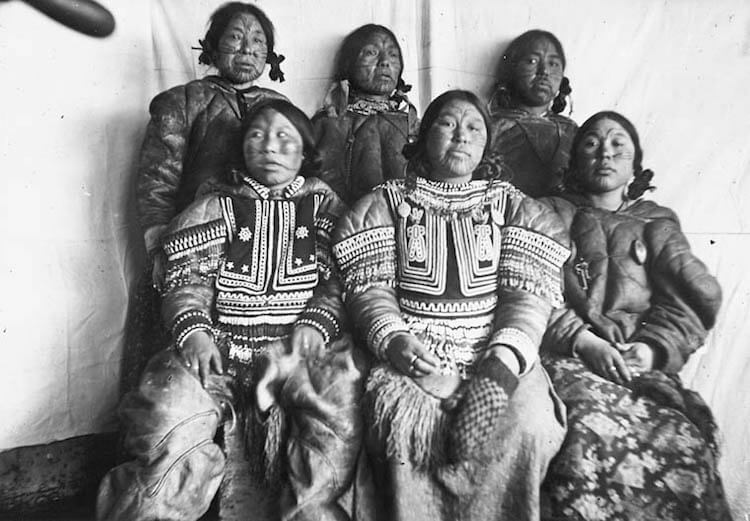 The Eskimoan linguistic phylum includes the Eskimo and Aleut stocks, both of which are unrelated to any American Indian language groups. Within the Eskimo stock are two languages, Inupik and Yupik. The speakers of Inupik occupy the area from present-day Nome, Alaska, across northern Canada to Greenland. Yupik is spoken in Alaska south of Nome and in eastem Siberia. Yupik includes four dialects: Mainland, Nunivak, Pacific, and Siberian. Distant linguistic ties ünite the Eskimoan phylum and the Chukotan phylum of eastern Siberia, which includes the Chukchi, Kamchadal, and Koryak languages.