Where is Cilicia? The history and definition of Cilicia. Information on Cilicia region. 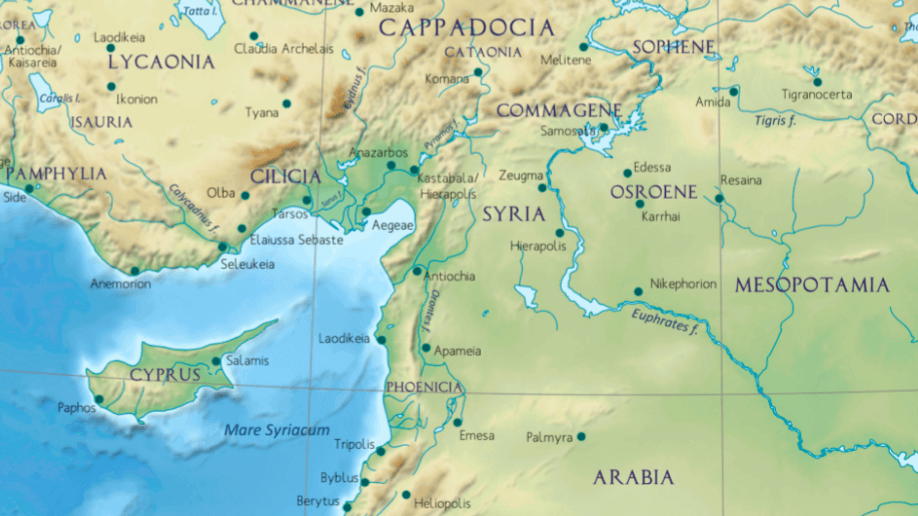 Cilicia; is the classical name for the eastern Mediterranean coastal region of Asia Minor, corresponding to the provinces of İçel and Adana (Seyhan) in present-day Turkey. The area is separated from the central Anatolian plateau by the high ranges of the Taurus Mountains. In its eastern part it gradually widens into a broad, fertile plain watered by several rivers. The Amanus Mountains of northern Syria form the region’s eastern boundary. Despite this geographic confinement, Cilicia has never been culturally isolated: the famous defile of the Cilician Gates affords communication with the northern hinterlands, while the shoreline of the Gulf of Issus and the Amanian Gates connect it with northern Syria. The ancient cities of Adana, Mersin, and Tarsus still retain their importance.

The earliest historical mention of Cilicia dates from about the 14th century b. c., when the region was referred to under the name of Kizzuwatna as a Hittite vassal state. Widely distributed finds of Mycenaean pottery attest, to contemporary Greek influences arriving by sea. In 715 b. c. it was conquered by the Assyrians, who referred to it as Que; and with the invasions of the Achaemenid Persians in the middle of the 6th century B.C. it became a semi-independent satrapy of the Persian empire.

After the defeat of Darius by Alexander the Great in 333 b. c., Cilicia was shared between Alexander’s political heirs, the Seleucids and the Egyptian Ptolemies. As their power declined, the various cities of the region assumed independence. The Romans sent an expedition there under the command of Pömpey in 67 b. c. to stop piratical activity by the peoples of the mountainous western regions. Cilicia was absorbed into the Roman Empire and was governed from Syria until it became a separate province in 74 a. d.

The region was early converted to Christianity—Tarsus was the birthplace of St. Paul—and it remained a Byzantine province until it was conquered by the Arabs in the 9th century. In the 11th century the Armenians, driven from the east by the Turks, founded the state of Little Armenia here. This fell to the Egyptian Mamluks at the end of the 14th century, and they, in turn, lost it to the Ottomans in 1516.