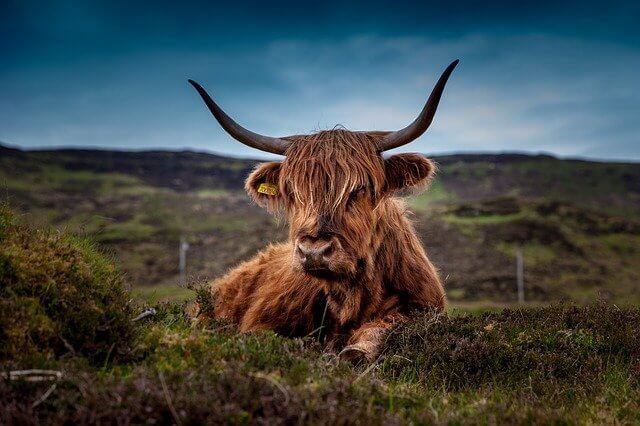 In addition to the genus Bos, the cattle family includes the bison (Bison), the yak (Poephagus), the gaur group (Bibos), the Indian buffalo (Bubalus), the anoa (Anoa) of the Sunda archipelago, and the African buffalo (Syncerus). However, these so-called genera are so closely related to the genus Bos that the members can interbreed and produce fertile offspring. Such interbreeding may have been important in the development of the many domesticated breeds of cattle that we know today.

The domestication of cattle probably began before 4000 b. c., but nothing is known of its initial phases. Most authorities believe that cattle probably originated in Central Asia and spread from there into Europe, China, and Africa. Local varieties developed in all these areas. Because of constant interbreeding among the varieties and also with the widely distributed wild cattle, the exact center of domestication is not known.

In their first close relationship to man, cattle were probably crop-robbers during the period when man advanced from food gathering to food production. Wild cattle doubtless liked the cultivated crops and interfered with man’s efforts to raise them by eating the readily available plants. The growing of crops, however, tied man to the land, and he soon learned that by building pens and stables he could tame cattle and use them for a variety of purposes. Their meat and milk were food; their hides made tough shields; their dung was not only a valuable fuel in areas where wood was scarce but also was used for building purposes. The cattle could be fed the straw and coarse leaves left over after the crops were harvested.

Cattle also became beasts of burden at an early stage of their domestication. They were put to work in the fields, hauling sleds and wheeled transport. They were also used to tread out the grain on threshing floors in ancient Egypt. The Egyptians fattened cattle by forcible feeding, a practice which they also used on hyenas and antelopes.

The hunting of wild cattle was a favorite sport in Egypt and other lands, and bull sports became popular tests of bravery. In ancient Crete bull “leaping” was a popular spectator sport. In this dangerous activity the contestant seized a charging wild bull by its horns and allowed the bull to throw him up into the air in such a manner that the athlete could somersault over the bull’s back.

Both bulls and cows also played important roles in ancient religious ceremonies. In some regions the cattle were sacrificed, while in other areas they were considered sacred. A cult in which the bull was a prominent religious symbol flourished in Minoan Crete. 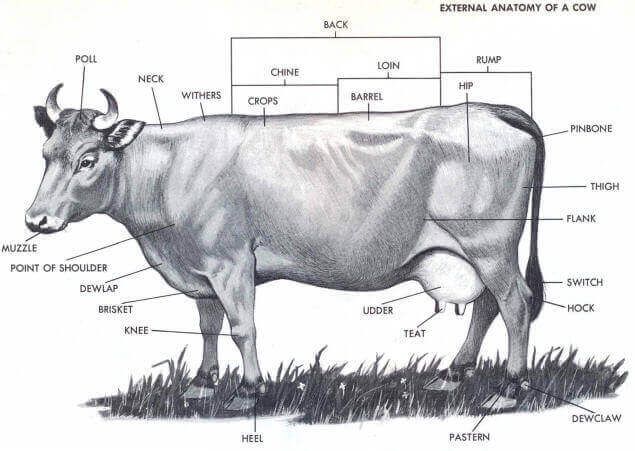 Introduction to the Americas.

Cattle were first brought to the Americas by the Norsemen who landed in “Vinland” around 1000 a. d., but this settlement was abandoned after several years. Many importations followed. Christopher Columbus brought cattle to America on his second voyage in 1493; cattle of Spanish descent were brought from the West Indies to Veracruz, Mexico, in 1525; Portuguese traders brought cattle and hogs to Newfoundland and Nova Scotia in 1553; and a sizable shipment of British cattle reached Jamestown, Virginia, in 1611. Subsequent importation and breeding led to the establishment of herds of British breeds in all of Britain’s North American colonies.

The practice of cattle raising had crossed the Alleghenies into Ohio and Kentucky by 1800 and was well established in Illinois and Missouri by 1860. In the early 19th century there was an active importation of cattle from Mexico into the United States, and by 1870 there were cattle producers throughout the country. The Great Plains became well known as cow country soon after 1880. The “longhorn” cattle imported by Spanish settlers went northwest from the South, and the British breeds spread westward from the East.