What are the porperties of terns? Description of tern bird, information on tern bird behavior, reproduction etc. 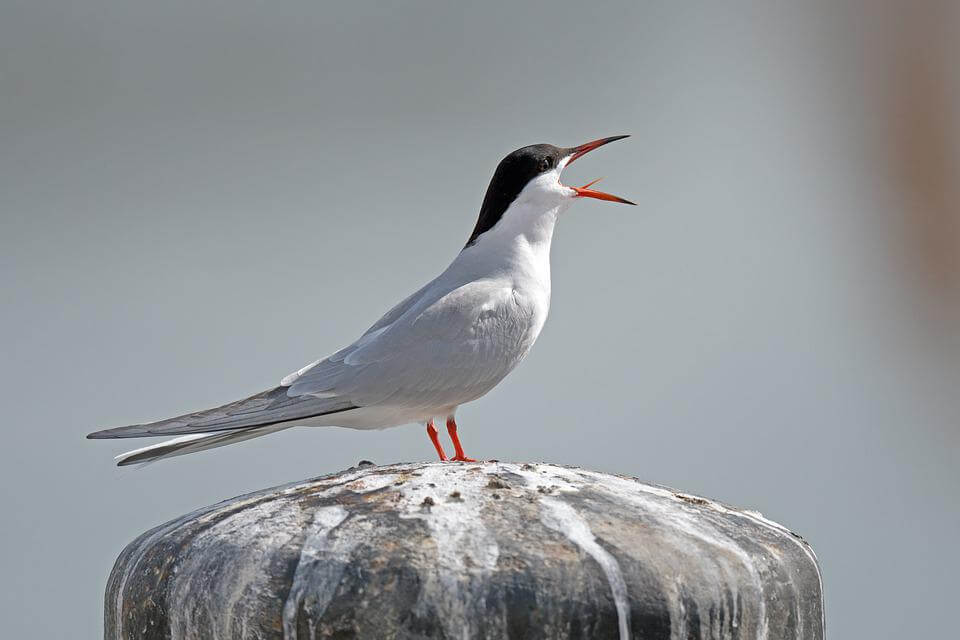 Tern; any of a group of slender, graceful seabirds with long pointed wings, forked tails, and sharp pointed bills. They are found in all oceans from the tropics to the polar regions as well as on inland lakes, marshes, and rivers. Most species are coastal, seldom straying far from land, but others are at home in mid-ocean.

Terns vary in size from the dainty 8-inch (20-cm) least tern (Sterna albifrons) to the heavy-bodied 23-inch (58-cm) Caspian tern (Hydroprogne caspia). Most terns are white, with the wings and back gray, the feet red or black, and the bill red, black, yellow, or a combination of these colors. Many species have a black cap during the breeding season, with some of the larger forms also having shaggy crests. Other species, such as the marsh terns (genus Chlidonias) have black and gray bellies. A distinctive group of terns—the noddies—all have black bills and feet, though they vary in plumage coloring from black through light gray to all white.

Although terns have webbed or partly webbed feet, they are not notable swimmers. Most plunge into water for small fish and crustaceans. Terns are highly social in feeding and breeding, and breeding colonies may include millions of birds. Their calls are sharp and rasping and consist of a combination of short notes and drawn-out cries. Most terns are migrants. In fact, the Arctic tern (Sterna paradi aea), which breeds in the Arctic tundra and winters south of the Antarctic Circle, probably migrates the longest distance of any bird.

Most terns nest on the ground, but the noddies nest in trees. The eggs—usually two or three, rarely one—are gray or brown, speckled and spotted with lavender and black. Both parents incubate the eggs and feed and defend the downy young.

Terns make up the subfamily Sterninae of the gull and tern family Laridae of the order Charadriiformes.