What is a Cuttlefish, what kind of animal is it? Interesting facts about the characteristics, habitat, feeding and reproduction of the Cuttlefish. 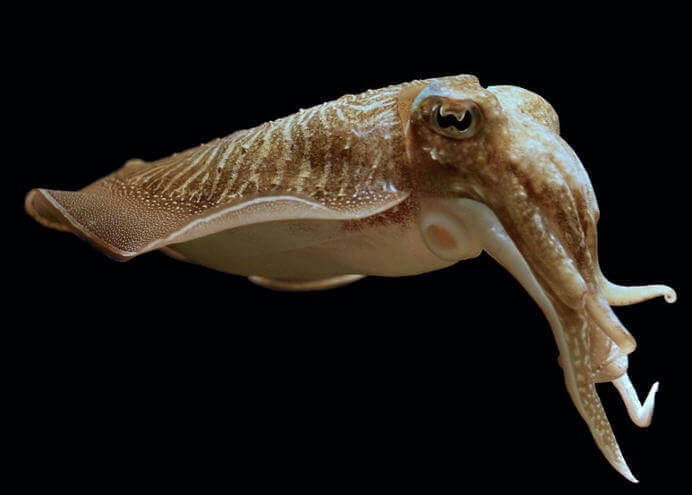 Cuttlefish; any of about 80 species of squids. Most cuttlefish live in warm coastal waters, especially in the Mediterranean and Indo-Pacific regions, where they are a major source of food. Many of them are also valued for their internal shell, or cuttlebone, a substance that is used primarily to provide cage birds with a source of lime and salts.

Cuttlefish range in length from 3 inches (75 mm) to about 5 feet (1.5 meters). The best-known species is the common cuttlefish of Europe (Sepia officinalis), which reaches a length of 3 feet (0.9 meter). Cuttlefish have elongated, shield-shaped bodies.

The general pattern of coloration of the body is striped, but startling changes in color may be made by the expansion and contraction of pigment cells, called chromatophores, which are buried in the skin. Unlike most other animals, he cuttlefish can match its color to that of almost any background.

Along the sides of the body are two undulating fins that are used to maintain stability. The animal’s head bears two large eyes, a tubular siphon, and ten appendages. Eight of these appendages are arms, and the other two are long tentacles that are shot out to capture prey. The inner edges of the arms and the tips of the tentacles bear numerous powerful suckers.

Cuttlefish feed on small fish, sometimes doing great damage to the net hauls of fishermen. After a fish is captured with the tentacles, it is passed to the arms, which push the fish into the mouth, the opening at the center of the ring of arms and tentacles. Inside the mouth opening, a ribbon of >harp teeth and a copious supply of saliva permit rapid ingestion.

Cuttlefish swim by forcing water through the siphon, which may be turned to alter the direction of motion. They are comparatively slow swimmers, but when attacked, they may dart away by rapidly emitting jets of water through the siphon. They may also release a cloud of brown ink, called sepia, which serves to conceal them as they escape. At one time the sepia was used extensively as a water-soluble ink. 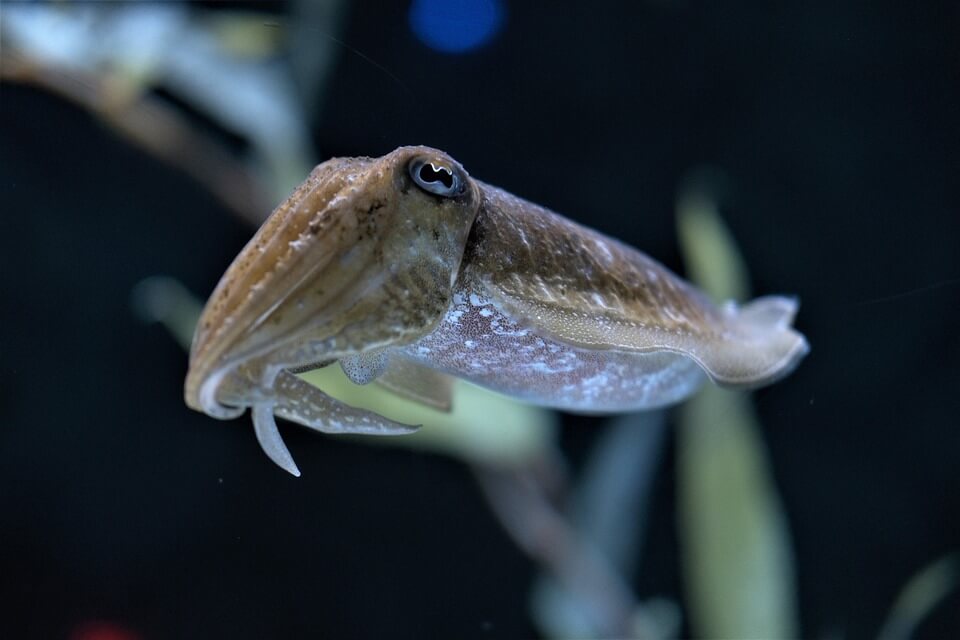 Mating takes place in the spring. The male cuttlefish, transfers his sperm pouches to the female with the aid of a specially modified arm. Each female lays about 300 eggs, which she attaches individually to underwater plants and twigs. The eggs are about the size of grapes and are stained dark brown by the female’s sepia. When they hatch, the young are about 1/2 inch (13 mm) long and resemble the adults.