What is yellow fever? Information on history, symptoms, causes, preventation and control of yellow fever. What is the yellow fever virus and diagnosis.

YELLOW FEVER; an acute infection of man, caused by a virus and transmitted to man by the bite of an infected mosquito. The name follows from the deep jaundice observed in the seriously ill human. The Spanish name vomito negro (black vomit) derives from the hematemesis often seen in seriously ill cases.

The pre-Columbian history of yellow fever in the Old and New Worlds is unknown. It is conjectured that the disease was native to Africa and was introduced into the New World. The story of yellow fever in the New World is one of repeated and devastating epidemics among the populations of the seaports of South America, Central America, the West Indies, and the United States through the 17th, 18th, and 19th centuries. During the 18th century, severe epidemics also occurred in Spain and southern Europe.

Epidemics in the tropical ports were likely to occur at any season of the year, while epidemics in more northerly ports of the United States, such as New York, Baltimore, and Philadelphia, and in the more southerly ports of Argentina and Chile occurred during the summer season and terminated with the advent of cooler weather. Since it was recognized that cases occurred among passengers and crews of vessels coming from tropical ports, early quarantine services inspected incoming vessels for evidence of yellow fever aboard; when suspicious signs were found, the “yellow jack” (quarantine flag) was raised, forbidding the docking of the vessel or discharge of passengers until danger was deemed to be past. 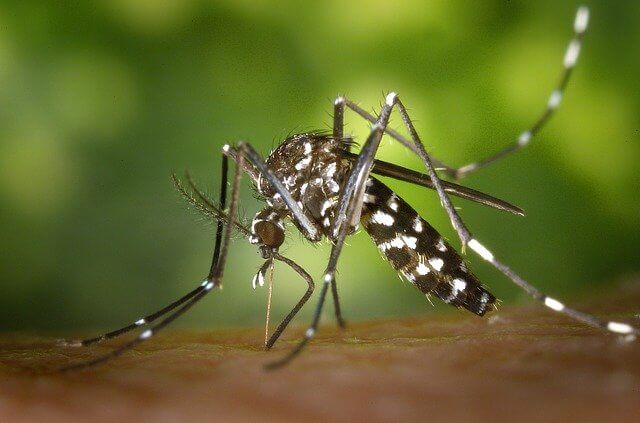 Such measures were in effect decades before the mechanism of the transmission of the disease by mosquitoes was known. In retrospect, the puzzling persistence of the disease on slow sailing vessels is readily understood: the freshwater containers on such ships often bred the vector mosquito. One sick human being aboard a vessel could infect the mosquitoes, which in turn could infect passengers and crew. Ports visited, where infected passengers or infected mosquitoes or both could be discharged, were endangered.

It was also early recognized that in the tropics, even in the absence of recognized cases of yellow fever, the influx of a considerable number of individuals fresh from Europe often resulted in devastating outbreaks of the disease. From this arose the erroneous belief that natives of a region were not liable to infection but newcomers were.

The early history of yellow fever in Africa is not known. However, attempts during the 19th century to establish trading posts and military garrisons at various points along the west coast of Africa were notably unsuccessful, largely because of yellow fever, malaria, and dysentery, and the region in general became known as “the white man’s grave.”

There were many theories about the cause and method of transmission of yellow fever. Carlos Juan Finlay of Havana, Cuba, in the late 19th century maintained that a certain mosquito, Aedes aegypti, then known as Stegomyia fasciata and ubiquitous in many tropical seaports, was the carrier of the disease. Walter Reed and his associates James Carroll, Aristides Agra-monte, and Jesse Lazear, put Finlay’s theories to the test and succeeded in 1900 in transmitting yellow fever from one human volunteer to another through the bite of A. aegypti. This work was carried out while Reed was a United States Army surgeon stationed in Havana. The group also showed that yellow fever was not transmitted by means of contact, excreta, or soiled clothing and therefore was not contagious.

William Crawford Gorgas, another United States Army surgeon, immediately set to work to eliminate A. aegypti from Havana. Although his efforts fell far short of eradicating the species, yellow fever speedily disappeared. Oswaldo Cruz similarly cleaned up Rio de Janeiro, Brazil, with parallel results. It is difficult today to realize the excitement with which this conquest of the disease was hailed throughout the West Indies and Central and South America as city after city instituted effective control programs. For over 30 years the opinion prevailed that, if mosquito control programs could be carried out with sufficient rigor, yellow fever would disappear. Some workers had doubts, however, as they noted that cases of yellow fever occasionally occurred in villages where A. aegypti was absent and among workers in the forest where, at least in the New World, this mosquito is not found.

In 1933 the occurrence of jungle yellow fever in Brazil and Colombia was first reported. Later workers extended and amplified the picture, showing that there is a cycle of transmission of the disease among New World monkeys by several species of the mosquito genus Haemagogus. The larvae of these mosquitoes develop in the water that accumulates in tree holes, and the adults spend their lives in the upper canopy levels of the tropical forest. Hunters and woodsmen, working in a region where the disease is current among monkeys, are likely to be bitten by Haemagogus, acquire an infection, and sicken in the forest or possibly in a town. In the latter instance, there is grave danger of infecting A. aegypti in the town and thus starting an epidemic.

In the forests of equatorial Africa another mosquito, A. africanus, has been shown to be a carrier of the disease, maintaining the infection in the forest primates. A. simpsoni, which is found more frequently near human settlements than is A. africanus, may pick up infection from marauding monkeys from the forest and thus provide a convenient bridge to humans. A. aegypti is widespread both in cities and villages and in the forest.

Epidemics of yellow fever are not a thing of the past. In 1933-1938 a massive sweep of the virus was observed in Brazil, originating presumably in the Amazon regions, progressing southeastward through the country, and reaching the Atlantic coast at Rio de Janeiro. In 1940 a severe epidemic was recorded among the inhabitants of the Nuba Mountains region of the Sudan. In the mid-1950’s a massive sweep of infection occurred, progressing northward from Panama through Central America to the southern frontiers of Mexico. In 1954, after an absence of 40 years, there was a small epidemic on the island of Trinidad in the West Indies, and a later small episode occurred there in 1959. In 1961 a massive outbreak was recorded for southwestern Ethiopia. Sporadic cases of the disease are reported frequently from certain countries of the African and New World tropics; such occurrences are recorded in the Weekly Epidemiological Record distributed by the World Health Organization. 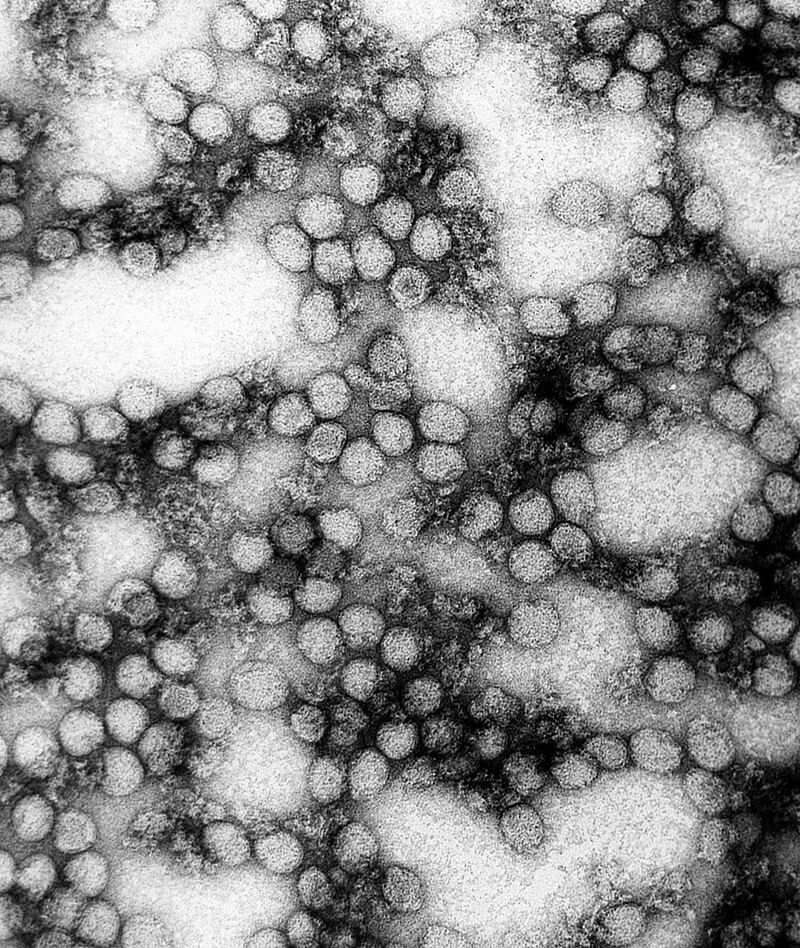 Walter Reed showed that the agent of the disease was able to pass a fine filter. Hideyo Noguchi, apparently confusing cases of Weil’s disease ( leptospirosis ) with yellow fever, described a causative organism, Leptospira icteroides. Later work, however, has established conclusively that the causative agent is a filterable virus, a virus particle having a diameter of 20 millimicrons (0.0000008 inch). By immunological affinities, it is placed in Group B of the arthro-pod-transmitted viruses, a group which includes such agents as the viruses of dengue, St. Louis encephalitis, and Japanese B encephalitis.

A frank attack of yellow fever is characterized by acute onset, with headache, dizziness, rapid rise of fever, backache, nausea, and vomiting. This stage lasts two or three days and may be followed by a brief remission lasting at most a day or two. The more severe cases proceed into stages of deepening intoxication, with high fever, slow pulse, jaundice, albuminuria, and collapse, and death may occur on the sixth or seventh day of illness. However, this classic form of the disease is known to occur in only a small proportion of those infected.

Many cases are ill for only a few days, without progression into more serious stages, and many of those afflicted suffer a very mild infection, undiagnos-able clinically as yellow fever even during an epidemic when the index of suspicion is high. Recovered cases have no aftereffects but retain a lifelong immunity against later infection. The death rate is difficult to establish; among recognizably ill patients, it may run as high as 50 percent, but in the 1954 outbreak in Trinidad it did not exceed 1 in 1,000 of those infected. No specific treatment exists. Supportive therapeutic measures are indicated, and absolute rest is advisable during the acute phase.

During an outbreak, a severe case of yellow fever is not likely to go unrecognized.However, the sporadically occurring severe case or the severe case occurring early in a developing outbreak may well be confused with other diseases. Milder cases may easily be mistaken for other mild fevers. Consequently, the laboratory offers the only certain means of diagnosis. Positive diagnosis is effected by the isolation of the virus from the blood stream during the early stage of the disease (virus has been isolated as late as 11 days after onset) or from the liver of fatal cases. The serum or liver suspension is inoculated subcutaneously into monkeys or intracerebrally into white mice, which are then observed for signs of illness. Microscopic examination of liver tissue of fatal cases may reveal characteristic pathological changes indicative of the disease. 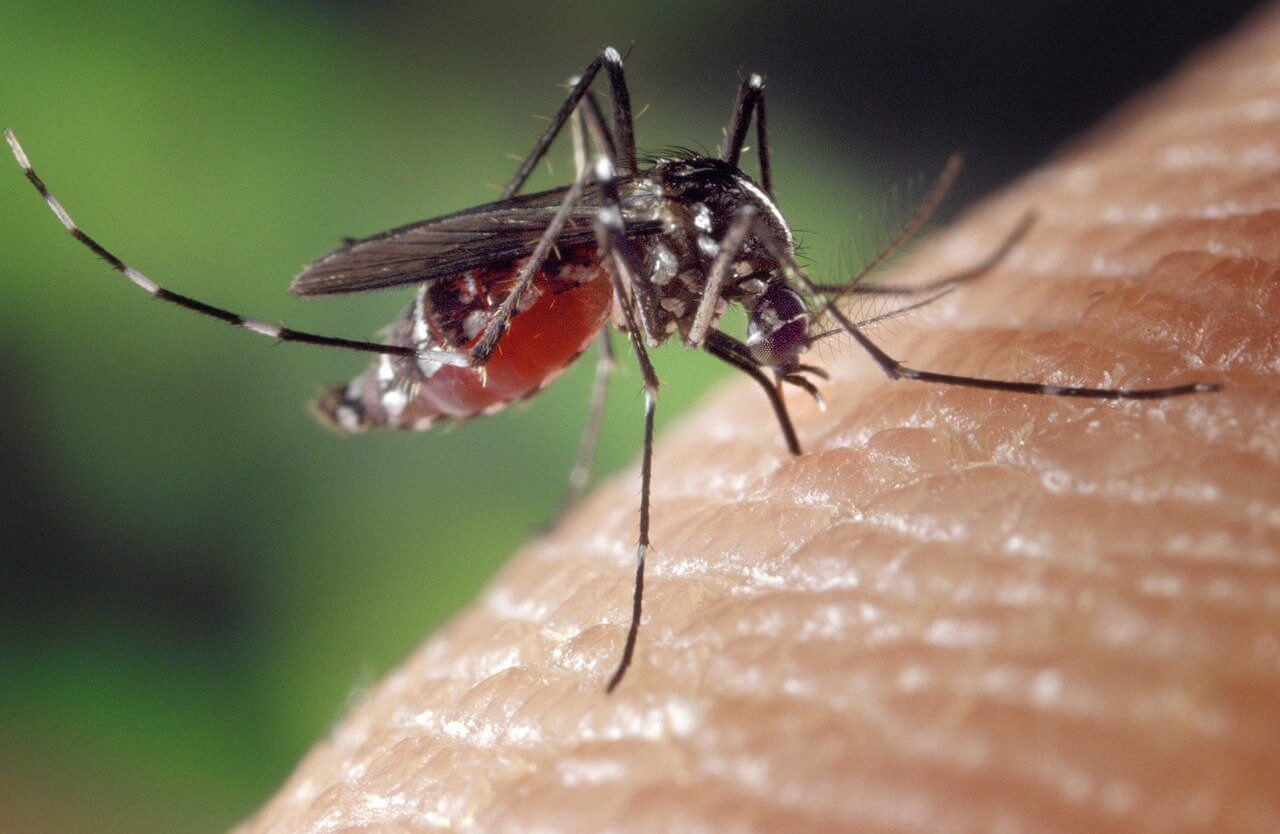 Positive diagnosis can also be made by the protection or neutralization test, carried out in white mice or in an appropriate tissue culture. Serums from a blood sample taken early in the disease and from another sample taken 10 days or more later are compared by mixing each with a known amount of yellow fever virus and inoculating into the mice or culture. If there is a marked difference in the degree of protection (neutralization of virus by immune substance or antibody) afforded by the second specimen, a diagnosis of yellow fever is warranted. Special immunological reactions may also be useful. Complement-fixing antibodies and antibodies inhibiting the agglutination of chicken or goose erythrocytes by yellow fever virus develop during the course of the disease and can be measured by appropriate tests. Cross-reaction with other related Croup B viruses complicates the interpretation of the complement-fixation and hemagglutination-inhibition tests, and considerable experience is needed in their interpretation.