Victoria Day  is a Canadian public holiday celebrated on the last Monday preceding May 25. Initially celebrated in honor of Queen Victoria ‘s birthday , this holiday is commemorated as if it were the official birthday of the sovereign of Canada. It is informally considered the beginning of summer in Canada. The holiday has been observed in Canada since at least 1845, originally coinciding with Victoria’s royal birthday (May 24). The holiday has always been celebrated specifically by the Canadian people and is still celebrated around the country. Falls on the Monday between the 18th and the 24th (inclusive) so it is always the penultimate Monday of May (May 24 in 2021 and May 23 in 2022).

Victoria Day is a federal holiday celebrated in Canada’s ten provinces and each of its three territories. In Quebec, before 2003, the Monday preceding May 25 of each year was unofficially celebrated what is known in French as Fête de Dollard : a commemoration of Adam Dollard des Ormeaux. This celebration began in the 1920s to coincide with Victoria Day. In 2003, provincial legislation officially established National Patriots’ Day on the same date. 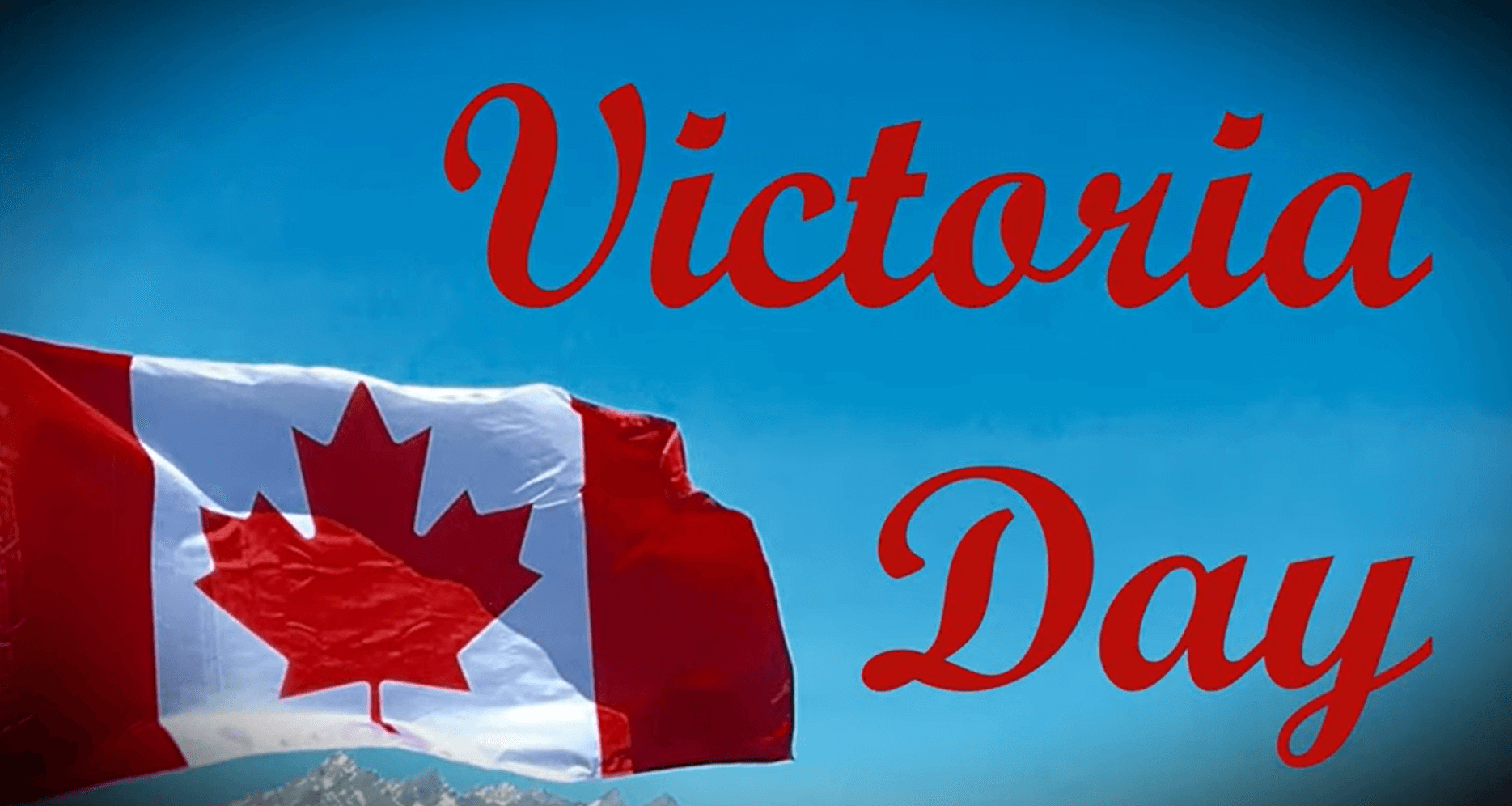 Queen Victoria’s birthday was a day of celebration in Canada long before the consolidation of Confederation . The first legal act related to this holiday occurred in 1845 by the Parliament of the Province of Canada, officially recognizing May 24 as the Queen’s birthday. It can be stated that on that date in 1854, the 35th birthday of Queen Victoria , around 5,000 residents of Western Canada gathered in front of Government House (close to what is now known as King and Simcoe Streets in Toronto ) to “hail their queen”. An example of a typical 19th-century celebration of the Queen’s birthday is on May 24, 1866, in Omemee, also in Western Canada: the town staged an all-day fête to celebrate the occasion, including a greeting from midnight gun, pre-dawn serenades, picnics , athletic contests, a light show, and torchlight processions; such celebrations were common in the colony, and around the 1890s it became a “patriotic holiday”.

After the death of Queen Victoria in 1901, May 24 was legally established as “Victoria Day”, a date to remember the late queen, who was considered the “Mother of the Confederation”, and, in 1904, the same date was stipulated by imperial decree as Empire Day around the British Empire . Over the next several decades, Canada’s official date of the powerful sovereign’s birthday changed after several royal proclamations to the disorganized format that was abandoned in 1952. That year, both Empire Day and Independence Day Victoria were, by order of council and statutory amendment, respectively, moved to the Monday before May 25. The monarch’s official birthday in Canada was, by general viceregal proclamations , set to fall on this same date every year between 1953 and the 31 January 1957, when the link was made permanent by royal proclamation . The following year, Empire Day was renamed to Commonwealth Day and in 1977 this was moved to the second Monday in March, leaving the Monday before May 25 as just Victoria Day and the Queen’s birthday.

Victoria Day celebrations have been marked by major tragedies at least twice: In 1881, the passenger ferry Victoria capsized on the River Thames, London , near Ontario. The ferry departed in the evening with around 600 to 800 people on board—three times the maximum passenger limit—capsizing midway along the river, drowning approximately 182 individuals, including a large number of children who had been with their families to picnics to celebrate Victoria Day in Springbank Park. The event became known as the “Victory Day disaster”. Later, on May 26, 1896, the Point Ellice Bridge disaster occurred in Victoria, British Columbia,tram overloaded with passengers on their way to celebrate Victoria Day.

In 2013, a group of prominent Canadian actors, authors, and politicians sent a petition to Prime Minister Stephen Harper , requesting that “Victoria Day” be renamed “Victoria and First Peoples Day“. 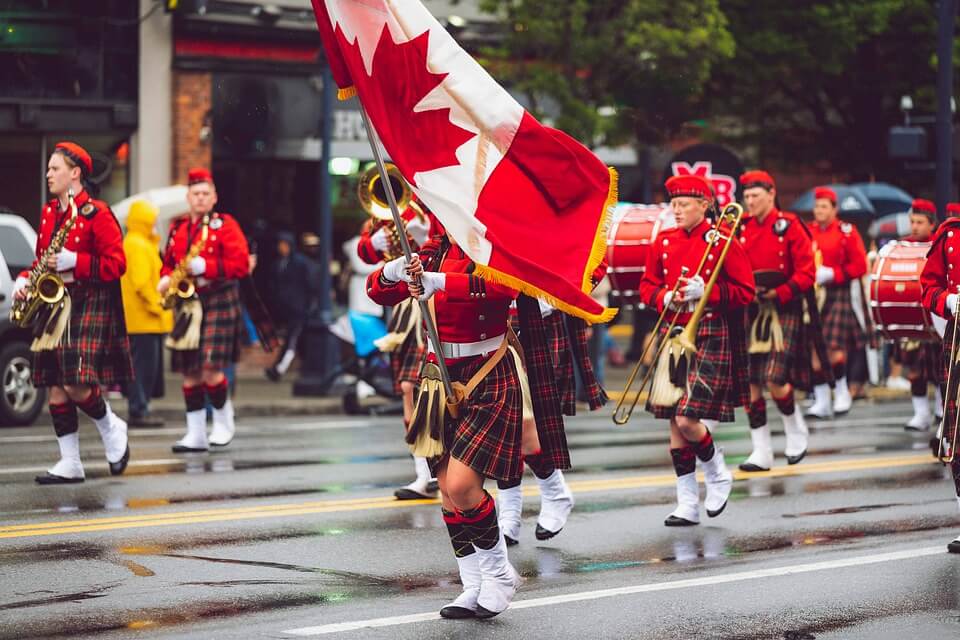 Most labor offices in Canada are regulated by provincial or territorial governments. Thus, although Victoria Day is a statutory holiday for federal purposes, whether an employee is entitled to a paid day off generally depends on the province or territory of residence in which he or she works (with the exception of those employees at federal workplaces such as banks).

The status of Victoria Day in each of the provinces and territories is as follows: it is a general holiday in Alberta, Manitoba, the Northwest Territories, and Yukon and it is a statutory holiday in British Columbia, Ontario, and Saskatchewan. Victoria Day is not a paid public holiday in Newfoundland and Labrador, but it is a government holiday; in Nova Scotia, where it is also not considered a closed business day for retail stores, it is considered a “non-statutory holiday”; on Prince Edward Island, despite provincial legislation defining Victoria Day as a “holiday“.

In Nunavut and New Brunswick, the date is considered a general holiday (in New Brunswick it is a day of rest, in which businesses have to remain closed) to commemorate the powerful sovereign’s official birthday. In Quebec , the day was nicknamed in French , Fête de Dollard : which commemorated Adam Dollard des Ormeaux. In 2003, the Quebec National Assembly renamed it National Patriots’ Day, commemorating the patriots of the 1837 Lower Canada Rebellion .

Canada is the only country that commemorates Queen Victoria with an official holiday. Federal government protocol dictates that, on Victory Day, the Royal Union flag must be flown from sunrise to sunset on all federal government buildings — including airports, military bases and other Crown property in the whole country — where physical arrangements allow (i.e. where a second flagpole exists, as the Royal Union flag can never replace the national flag ).

Several cities celebrate the holiday with a parade , the most prominent being the one that took place in 1898 in the city named after the queen: Victoria, British Columbia. Near New Westminster , a Victoria Day weekend tradition is the Hyack Anvil Battery Salute, a tradition created during colonial times as a substitute for the 21-gun salute: gunpowder is placed between two anvils , the one on top of the other is turned up, and when the gunpowder is ignited, the anvil is thrown skyward. Other celebrations include a fireworks displayin the evening, like the one that occurred in the Bay of Ashbridge Beach in East Toronto, and in Ontario Place, in the same city.

In Ottawa, the traditional Trooping of the Queen’s Color ceremony takes place on Parliament Hill or at Rideau Hall on occasion. The reviewing officer at the ceremony is the Queen, with members of the Royal Family , the Governor General , the Minister for National Defense and the Chief of the Defense Staff taking her place in the event of her absence. Units participating in the parade include personnel from the Governor General’s Foot Guards and the Canadian Grenadier Guards, both of which form part of the Ceremonial Guard.

Across the country, Victoria Day is recognized as the unofficial end of what Canadian society considers winter, and thus marks the beginning of the summer calendar. Banff, the Sunshine Town of Alberta ends its ski resort on Victoria Day and, likewise, it is during this weekend that many summer businesses—such as parks, outdoor restaurants, bicycle rentals , city tour operators, etc.—open. Victoria Day also marks the beginning of the cottage season, when cottage owners can reverse the winter preparations they have put into their properties. Gardeners in Canada similarly regard Victoria Day as the beginning of spring, as it falls at a time when one can be fairly sure the frost will not return until the following fall. There is also a change in fashion: summer clothing painted in lighter colors was traditionally worn from Victoria Day to Labor Day.

The holiday is colloquially known in some parts of Canada as “May Two-Four”; a word with a hidden meaning that refers both to the date around which the holiday is found (May 24) and to the Canadian slang for a case of twenty-four beers (a “two-four”), a popular drink during the long Weekend. The holiday weekend may also be known as the “May Long weekend”, “May Long”, or “May Run”, and the term “Firecracker Day” was once employed in Ontario.