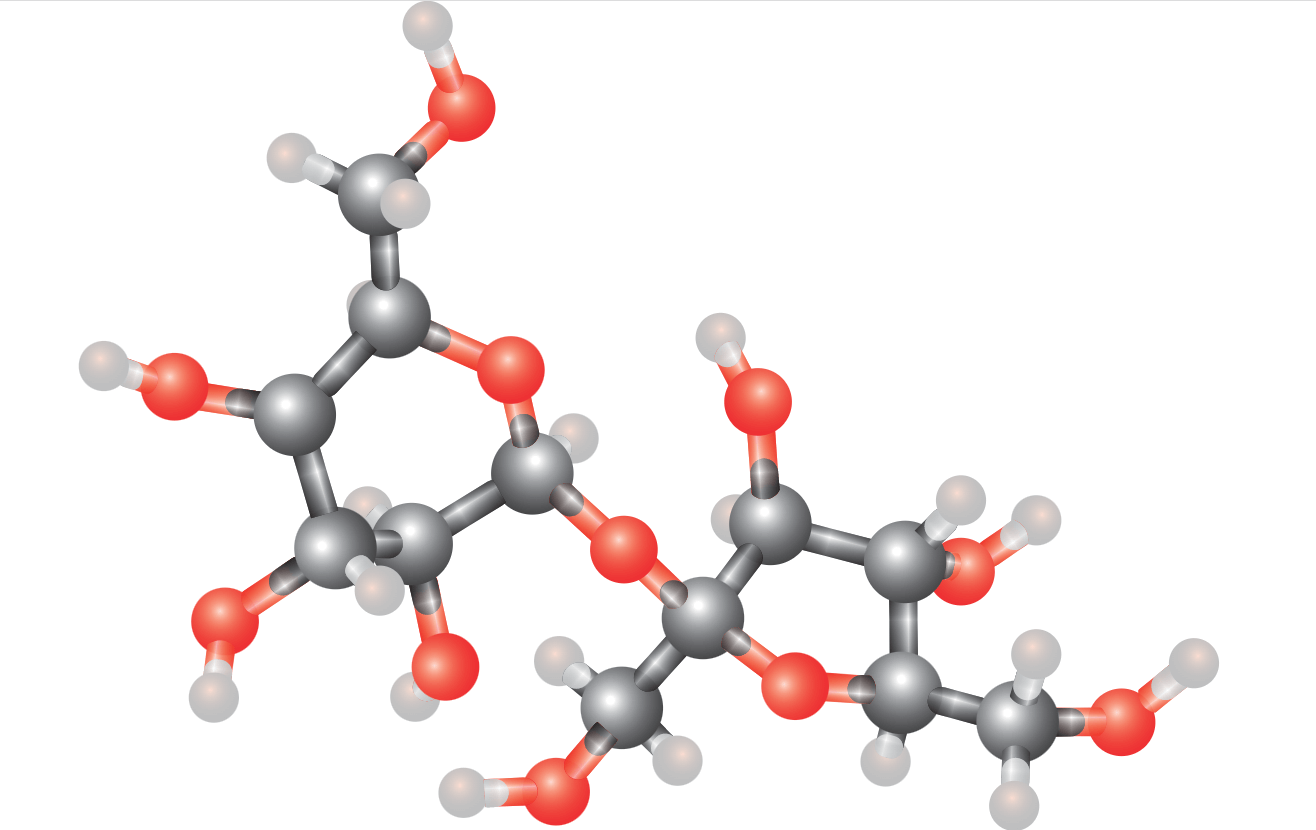 Disaccharides; Disaccharides are sugar molecules which are formed when two monosaccharides (hexoses) combine chemically by eliminating a water molecule. This type of reaction is called dehydration synthesis.

Dehydration synthesis can be shown by the following reaction:

The reverse of dehydration is hydrolysis, which is defined as the reaction of breaking down processes.

Disaccharides are less soluble in water and less sweet when compared to monosaccharides. They cannot be used by organisms directly. First they are broken down into their subunits by hydrolysis reactions, and then taken into the celi and used in metabolic reactions involving energy release.

The important disaccharides found in organisms are maltose, sucrose and lactose. These double sugars are also isomers with the formula of C12H22O11

It is the common sugar of household, and occurs in numerous plants particularly, the sugar cane and the sugar beet.

Lactose: Lactose, also knovvn as milk sugar, is synthesized from a glucose molecule and a galactose molecule.

Lactose is one of the sugars found most commonly in human diets. It constitutes about 5 percent of the milk of all mammals.