Why are trees important? Basic information about the benefits and importance of trees, which are vital for the balance of the world. 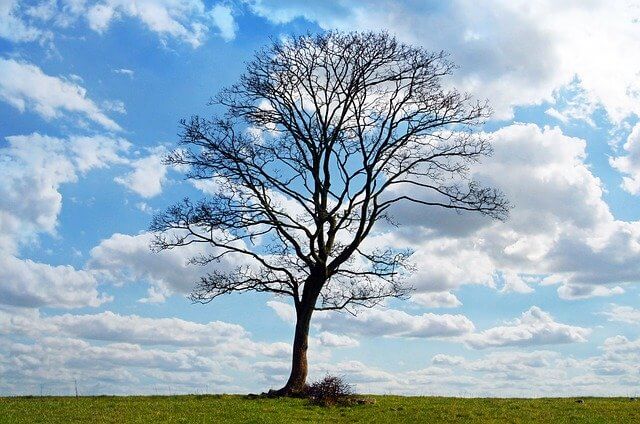 In the world that surrounds us the Living Beings we perform the vital functions of Relationship with other individuals, Reproduction to leave a transcendence of our species and the most important of all the Food, for which these biological beings can be classified in Heterotrophic Organisms, which they require the consumption of other organisms in order to satisfy the Nutritional Requirements that their organism presents, or the Autotrophic Organisms.

In the latter case, and in contrast to the previous, these beings perform the process of photosynthesis, in which using water and consuming a quantity of carbon dioxide allow them to synthesize their own food, known as starch or sugars, and making their own source energy for its development, growth and maintenance, being these species belonging to the world of the Plant Kingdom.

The importance of trees in different ecosystems lies in the fact that they are capable of releasing oxygen to the environment where they are located, this being necessary for the breathing done by other beings, while on the other hand, as we have mentioned, they eliminate the atmosphere or reduce the concentration of the volatile toxicity that is Carbon Dioxide.

In regard to food, there are a large number of Hervíboras Species that take advantage of their leafy branches to feed themselves correctly, including many of them that are Climbing Species use them as natural habitat, in addition to birds and other animals that can use the trees like Home and Refuge, by means of the assembly of the Nits that exactly, are constructed on the basis of branches and leaves. Another of the important functions of these living beings is in the root and subjection of the earth, being the roots not only the part of your body with which they affirm and absorb a large part of soil nutrients, but also hold that portion of land and preventing it from being eroded by Rain, Wind or by various physical issues.