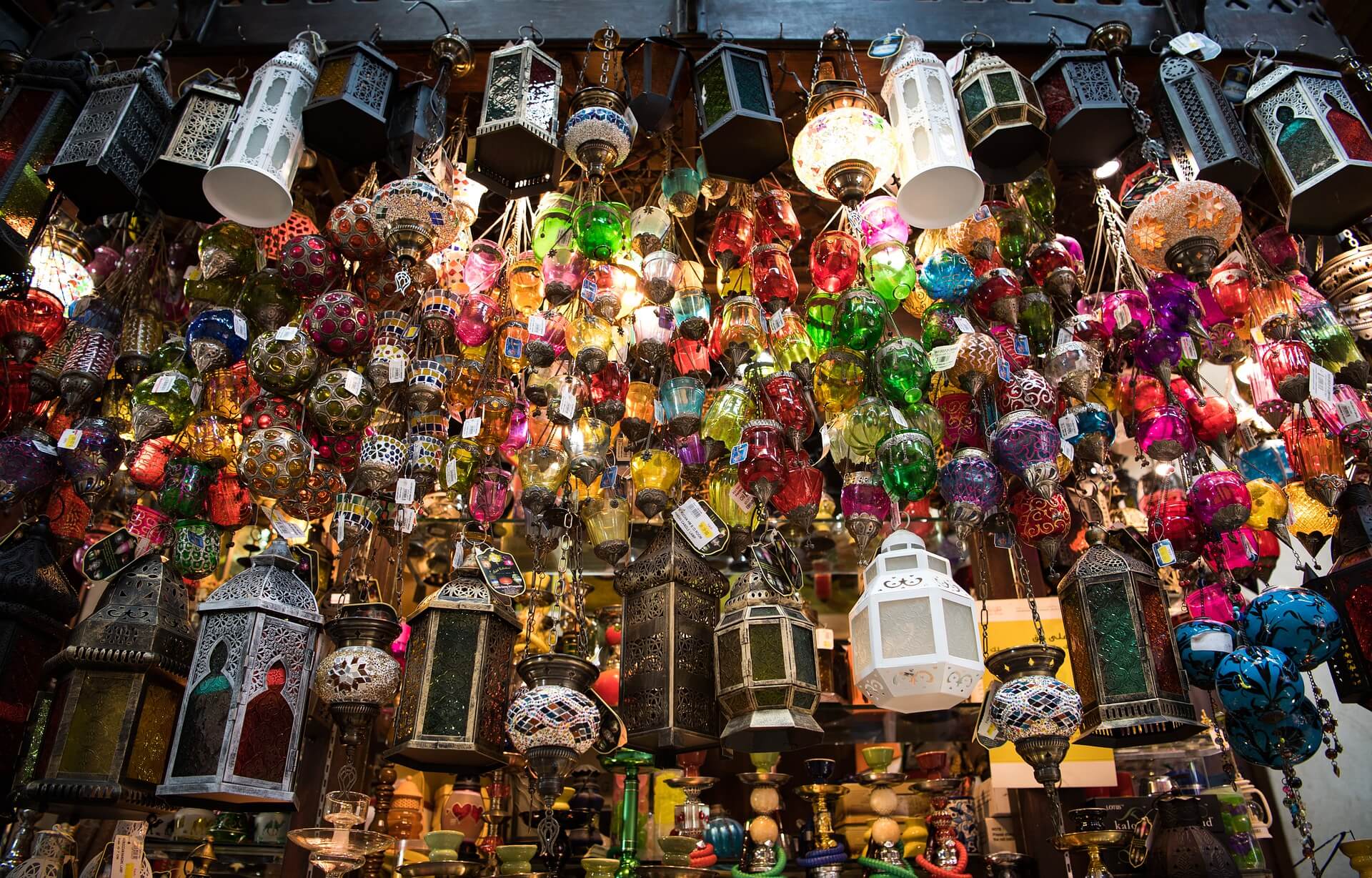 Eid-al-Adha; The biggest holiday of Muslims, whose total is approaching one billion, – “Id-i Adha” in Arabic; On the tenth of Dhi’l-hijja, the last of the Arab months, it is a short period of joy, joy and gratitude to God, which starts after sunrise and lasts for four days. These days, which we Muslim-Turks call the Eid-al-Adha, when we slaughter various animals – from sheep to cows in proportion to our financial strength – for the sake of Allah, to fulfill a religious duty, and distribute their meat to the poor or to our relatives, we also allocate a share to our own family members: to the extent that they are blessed. It also symbolizes certain times and the duration of worships regarding the performance of the obligation of Hajj. And according to Islamic belief: While it is possible for the faithful youth of all future ages to suffer the same result in the person of the son of Abraham, whom Abraham decided to sacrifice for the sake of God.

At the same time, this holiday also means a period of solidarity between Muslims, a rapprochement, a period of understanding, in terms of social and economic cooperation, as well as during the Ramadan Feast. It is among the duties that must be fulfilled during Eid al-Adha by following religious suggestions: Muslims help each other, make mutual visits, call and ask the sick, show compassion and closeness to those who are abroad, save those who are in trouble, and reconcile the resentments.

It is obligatory to sacrifice an animal on Eid-al-Adha.

Based on the divine commands and the words of the Prophet, it will be useful to remember the story of Abraham and summarize it in this respect: Abraham is known for breaking the idols worshiped by the primitive communities, as well as for making a full attempt to sacrifice his son for the sake of God. The Prophet Abraham begged God Almighty and said: “O Lord, bestow me a righteous son, please,” and his prayer was accepted, and a righteous son was born.

This son grew up, and when he reached the age of puberty, his father was put through a great test. In one night, Mr. When Abraham saw in a dream that he was “sacrifice of his son in the way of Allah”, he asked himself whether it came from Rahman or Satan. However, when the dream kept repeating, he believed that it came from the Most Merciful and, as seen in the chapter “As-Saffat”: “My son, I saw that I was sacrificing you in my dream: what do you say to this? Think,” she consulted her child. The son, who does not want to be behind his father in obeying the divine commands as in self-sacrifice, replied to his father in this way: “Father, do what you are commanded. You will find me among those who are patient against the orders of Gersab-ı Haqq”…

The father had finally made up his mind: He was going to sacrifice his son for God.

The above conversation had happened along a road. When he started to apply his thought as a decision, he laid his child on the ground and put the knife in his hand to his neck. But the knife did not cut. This case of renunciation and surrender, which is expressed with the power of a true artist in our great poet Fuzûlî’s masterpiece “Hadikatü’s-suadâ”, which he devotes to the tragic event of Karbala, develops as follows according to the religious books:

The boy calls out to his father, who can’t hold back his tears: “Daddy, lay me down. When you see my face, your heart does not take it. Let not your pity prevent me from fulfilling Allah’s command and sacrificing me for His sake”.

But the radiant-faced child, whose face was placed on the sheep’s face, was still not able to cut the knife with the sharpness of cutting in the middle of the stone. At this very moment, the divine call Hz. He conveyed the following good news to Ibrahim: “O Ibrahim, you have fulfilled your dream. You have gained a clear face in the test”. As a reward for success in this test, Allahu Ta’ala sent Hz. He bestowed a ram to Abraham to be sacrificed in place of his son, and thus mankind attained a separate salvation as a new blessing from God. In Eid al-Adha, the joy, gratitude and memory of this liberation are experienced. 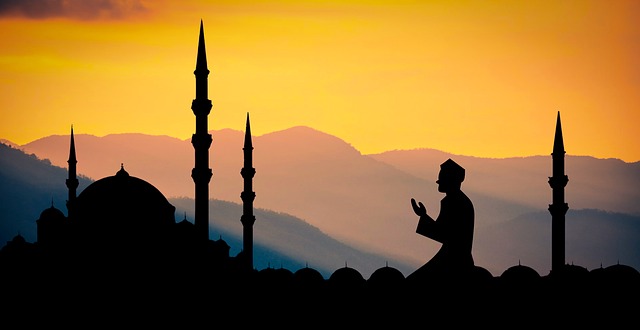 The obligation and tradition of sacrificing sacrifice, which started in the whole Islamic world on this Eid morning and after the Eid prayer, is the dream-based renunciation and self-sacrifice of Hadrat Ibrahim Halil and the sacrifice of a ram, which is the reward of his success in this trial, which is considered a test, is a cherished memory. is a trot.

In the Qur’an, in the chapter “Al-Kevser”, Almighty Allah said: “(My dear) true, we gave you Kevser. So pray for your Lord; sacrifice”.

The duty of sacrificing here has become obligatory on Muslims who have a certain amount of wealth and means in the blessed personalities of our Prophet. In order to be obliged to sacrifice an animal, the necessary financial means are specified in the religious books. In the time of our Prophet, in order for a Muslim to be considered among the obligatory people to sacrifice an animal, he and his family members had to have at least “200 dirhams of silver, or 20 mitzals of gold, or 40 sheep, or more property of equal value”, apart from what was necessary for him and his family members.

Since the economic and social conditions have changed in our time, and the ratios between earnings and expenses are also different: it is worth hoping that it is announced at the beginning of the month of dhi’l-hijja every year who is obliged to sacrifice an animal. The characteristics of the sacrificial animals and the formalities and prayers during the sacrifice can also be learned from the religious officer teachers. The slaughtered meat should be divided into three parts: one part should be distributed to the subject-neighbour, who is unable to sacrifice an animal. The second part should be presented as a gift to relatives and friends, and finally, the last share should be accepted as family support and kept at home… The etiquette of sacrifice also commands this.

Sacrifice is one of the glory of Islam. Our Prophet said the following in a hadith for those who do not sacrifice, even though they are well-off, as follows :

That’s why: For 1400 years, millions of Muslims have sacrificed in every Eid-al-Adha, and in this way, the poor, who have not seen meat for months, smile and rejoice a little.

It should also not be forgotten that by sacrificing only one, no one should think that he is doing all the duties required by Islam. In fact, ” qurban ” only means a nice and useful duty to do. What is much more important than this is to be truly benevolent, to fully adhere to the commandments of religion, and to be, in the old saying, ” taqwa “.

In the 37th verse of the chapter “Al-Hajj”, Allahu Ta’ala says:

“ Neither their meat nor their blood (sacrifices) will ever reach (ascend) Allah. But taqwa reaches Him (only) from you… ” It is not clear that what taqwa means is to fear Allah and to avoid prohibitions out of fear of Allah. Interpretations especially emphasized that this is ” good deeds and sincerity that only seek Allah’s consent “. Thus, it is understood once again that the meat and blood of the victims are only acceptable thanks to goodwill and being together with taqwa. Otherwise, Allah’s consent cannot be fully attained only by performing formal duties. Goodwill and sincerity are of great importance in the basis of every behavior.

Religious Feasts are days of joy and happiness that show the spiritual integrity, unity and brotherhood of the Islamic world.

Everyone is racing to visit their relatives and loved ones, to give and receive gifts, to forget their resentment and anger, and to make the poor happy. He is obliged to act generously and graciously towards children and relatives. He enlivened the benevolent and protective qualities of Islam in his personality. Mehmet Âkif Ersoy , the unforgettable poet of our Turkish National Anthem , as a valuable religious poet, portrayed our holidays in his poems with heartfelt inspiration. We would like to repeat here -by approximating only one number to today’s number- of a piece of his titled ” Eid al-Adha “:

For the sake of the name Huda, who will rise from eight hundred million Sines in a whole world that starts from the East and extends to the Maghrib-i Aqsa
:
Blessed is your Id, O Ummah of the deceased,
May the light that will make the world furious today, May the light that will shine
brightly never go out: amen, amen.