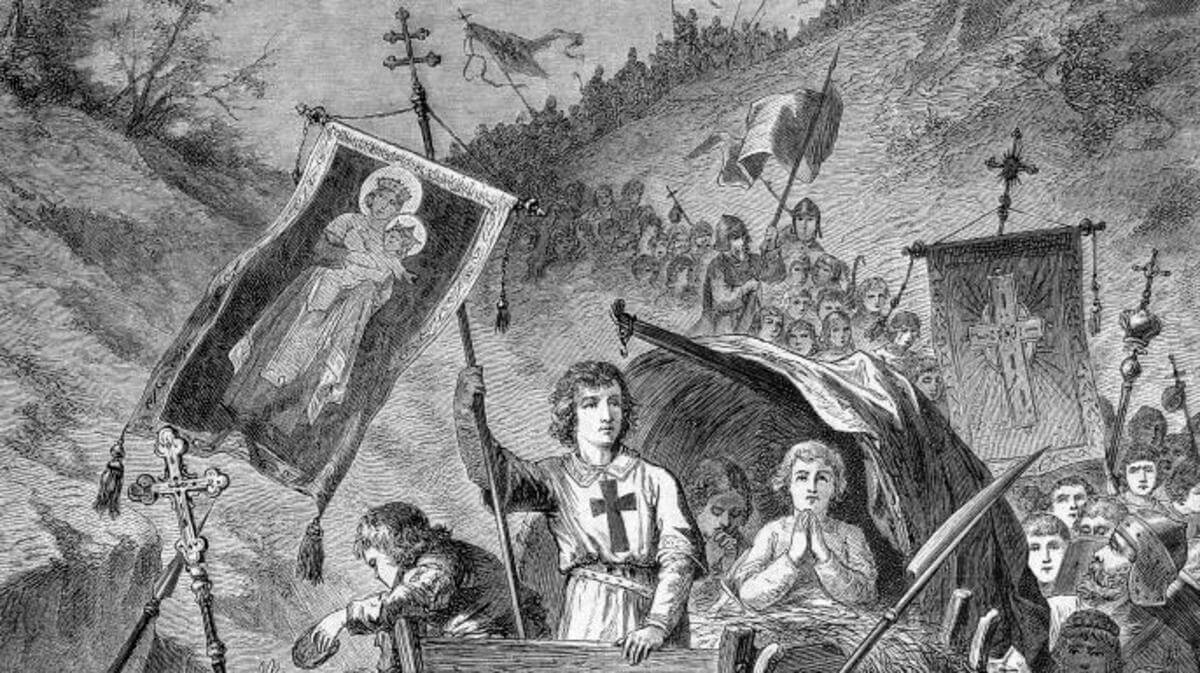 CHILDREN’S CRUSADE, the name given to a popular pietistic movement that flared up briefly in Europe in the late spring and summer of 1212. It apparently originated in the Rhineland. Although it was only one of many such movements during the Middle Ages, it attracted the attention of chroniclers, whose exaggerated accounts in tum fired the enthusiasm of later romantic historians. An unusually large number of children participated, many of them belonging to pastoral communities. The most important leader was a boy of Cologne named Nicholas.

Like other mass manifestations of popular piety, the Children’s Crusade may be traced ultimately to a sharp increase in religious feeling among laymen during the 11th century. This growing lay piety affected public opinion in various ways, producing demands for higher moral standards of the clergy and an end to Müslim domination of the Holy Land. The Gregorian reforms, the austere monasticism of the Cistercians and Carthusians, and the early crusades were all influenced by these attitudes.

In the 12th and 13th centuries popular religious feeling often took an emotional turn, drawing some persons to mysticism, giving rise to savage bursts of anti-Semitism, and stimulating the growth of anticlerical movements. There were periodic outbreaks of religious hysteria, often among rural people, such as the pastoureaux up-risings that troubled France in 1251 and 1320. The calling of the First Crusade in 1095 had given rise to the ill-organized popular expedition led by Peter the Hermit, which came to a disastrous end in Asia Minor shortly before the western feudal contingents took the field. The Children’s Crusade forms part of this tradition of spontaneous popular movements.

In the early 13th century, people were becoming disillusioned with the leadership of the crusading movement. Jerusalem, lost in 1187, had not been regained by the Third Crusade. The Fourth Crusade in 1204 had scandalously plundered the Christian city of Constantinople. Since 1208 a bloody crusade had been waged against the Albigensian heretics of Southern France.

It was amid efforts to recruit reinforcements for this campaign that the Children’s Crusade was born. Bands of children in northem France assembled under the leadership of a shepherd boy named Stephen. These seem to have dispersed, but other groups began to come together around Liege, Trier, and Cologne in the spring of 1212. Persons of all ages were involved, but it was the large number of children that excited comment.

Proposing to rescue the Holy Sepulchre from the Muslims, these bands straggled up the Rhine Valley, through Southern Germany, and across the Alps into Italy. At Genoa they failed to obtain passage across the Mediterranean. A few of them reached Marseille, where it is said that they fell into the hands of merchants who sold them into slavery in North Africa.