Skunks are of ten about the size of a domestic cat and have long tails thickly covered with long hair. The head is usually small, with small ears and bright blackish eyes. The legs are short and the paws comparatively large. Skunks have five elongated toes with long nonretractile claws. The fur, which is sometimes used for jackets or trimmings, is often coarse, although in some spotted skunks it may be rather silky. 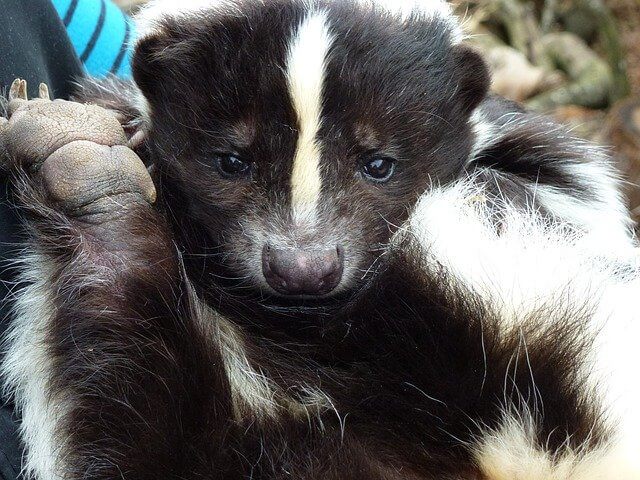 When in danger and preparing to defend himself, the skunk of ten gives a few warning signs: he turns his back, of ten stands up on his front legs, and erects his tail. Then, by means of forceful muscular contractions, the skunk ejects the contents of its anal pouches. The force of the contractions can send the pale yellow spray from LO to 15 feet (3-4.5 meters). The foul odor is so penetrating that it may sometimes be perceptible a mile (1.6 km) away and so persistent that elothes contaminated with the spray of ten cannot be entirely freed of the smell. The fluid, which contains the chemical butyl mercaptan, can cause severe inflammation of the eyes and in some cases has been known to cause blindness. Oddly, once the odor has been removed from the fluid, the musklike substance is sometimes used in perfumes. 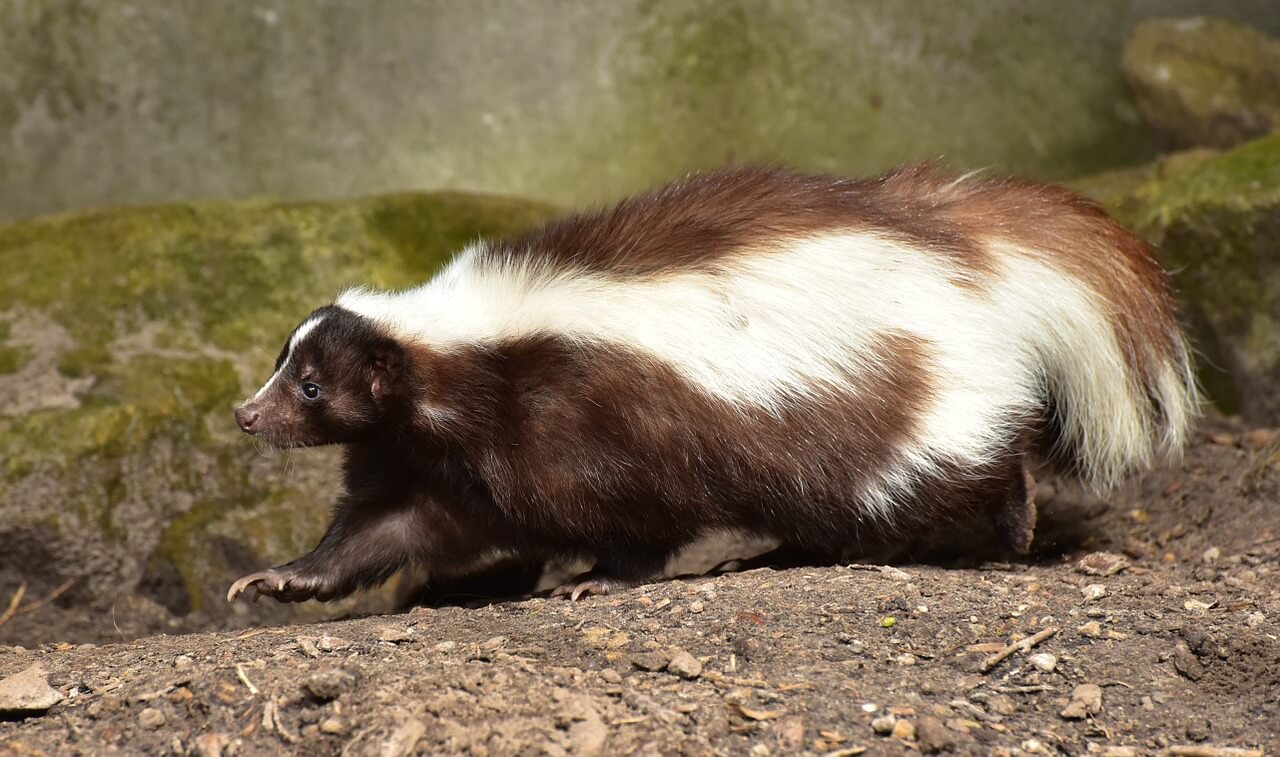 The comman striped skunk (M. mephitis) is found throughout North America and is sometimes exceedingly common, even in farming areas. It usually has a white line on the forehead and a white patch on the nape, which diverges into two stripes that extend along the back. Its bushy tail is also more or less white. In the northern part of its range, the common skunk sleeps through winter, only occasionally searching for food. The hooded skunk (M. macroura), a slenderer, longer-tailed species, is found in the southwestern United States and Mexico. It does not usually have the bifurcated white dorsal band of the common skunk.

Distributed over the southern and western parts of the United States and most of Mexico and Central America, the spotted skunks are smailer than the striped skunks, usually only about 1.5 to 2 feet (45-60 cm) long. They generally have a white patch on the forehead, more or less broken white dorsal bands, and a white-tipped tail. More agile than other skunks, spotted skunks of ten perform acrobatics on their forelegs and are the only skunks known to climb trees. Theyare active throughout the year and may in same areas bear two litters a year. 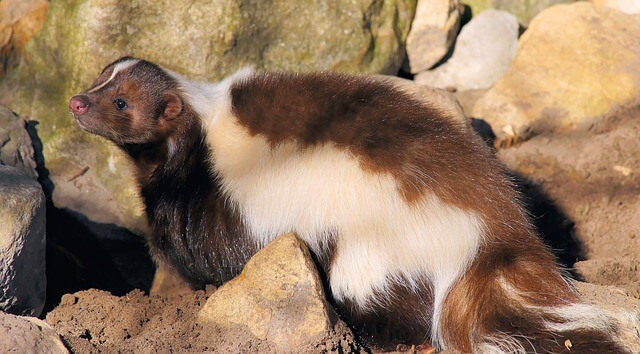 About six species of skunks with distinct bare, protruding, piglike snouts are found in the southwestern United States, Mexico, Central America, and throughout South America. In coloring, these hog-nosed skunks often resemble the striped skunks or have a white back and tail. They seldom, if ever, hibernate.