What is a Rectangular Coordinate System? What does it do? Explanation with examples and drawings along with lecture. 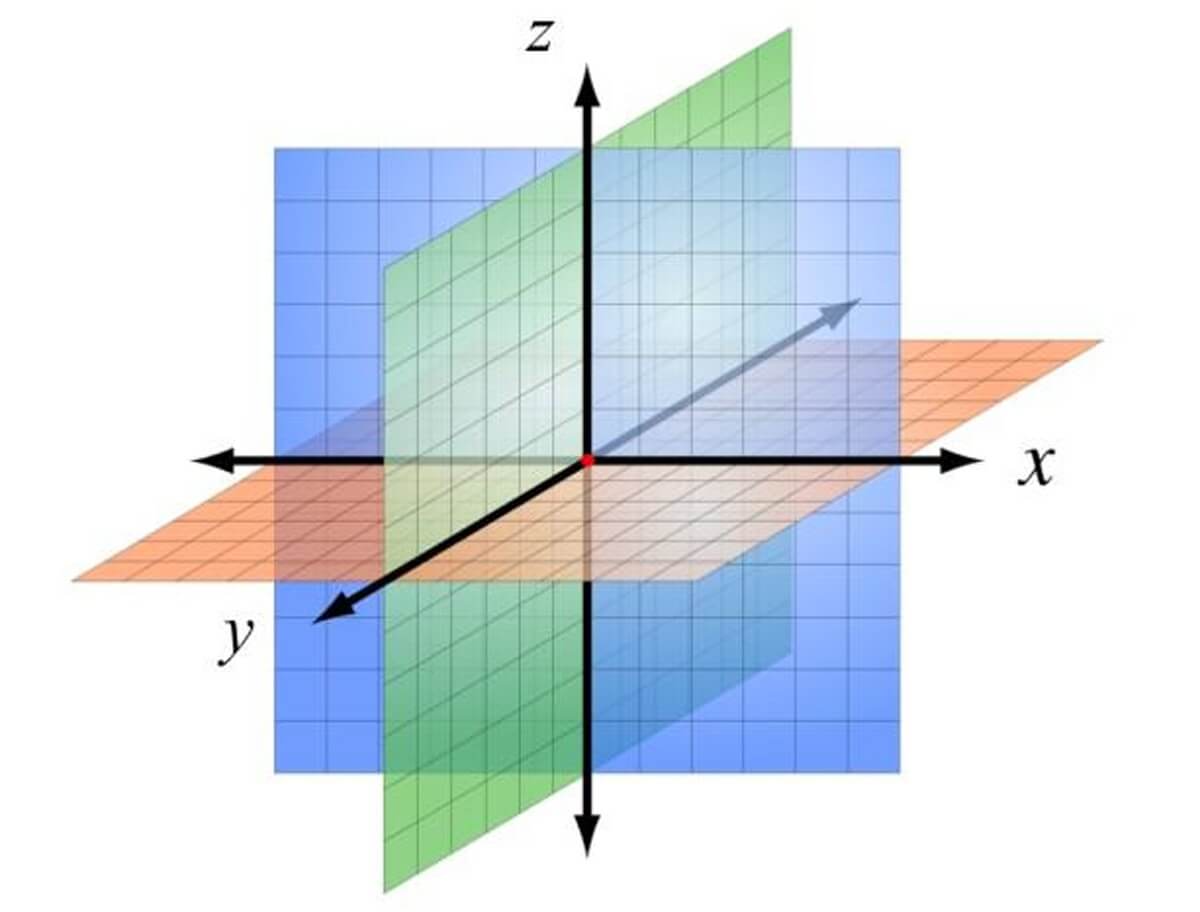 In mathematics and geometry, a rectangular coordinate system is used to precisely locate any point in space. It is enough to give three coordinates for this. The structure of the system in the plane is very simple, only three lines are needed, which will be coordinate axes or Cartesian axes: one vertical, the other horizontal, and a third line entering or leaving the paper or screen. These axes are mutually perpendicular and the point of intersection is the origin of the system.

This arrangement is shown in the figure above where the letters x , y , z are assigned to the coordinate axes to distinguish them. In this way, three planes with the origin colored red are identified.

The blue xz plane is the plane of the screen and is in front of the reader’s eyes. The xy plane is orange and can be associated with a table or floor. Finally, the green zy plane is perpendicular to the previous ones and divides the screen or paper into two regions. By squaring each of these planes and assigning a scale, any point in space can be found by always giving the corresponding x, y, z coordinates in this order to avoid ambiguities.

What Is It Used For?

Any P point on the x-axis is represented by the coordinates P (x, 0, 0). Notice that the origin highlighted in red in the figure below has coordinates O(0, 0, 0).

When the point is to the right of the origin it has a positive x-coordinate, and to the left it is negative. For example, point P1 in blue has coordinates (6,0,0) and point P2 in green has coordinates (-9,0,0).

In the figure below, there are two axes, the x-axis is the horizontal axis and the y-axis is the vertical axis. With this, it is sufficient to represent points in the plane, two necessary coordinates. The point O is the point (0,0). 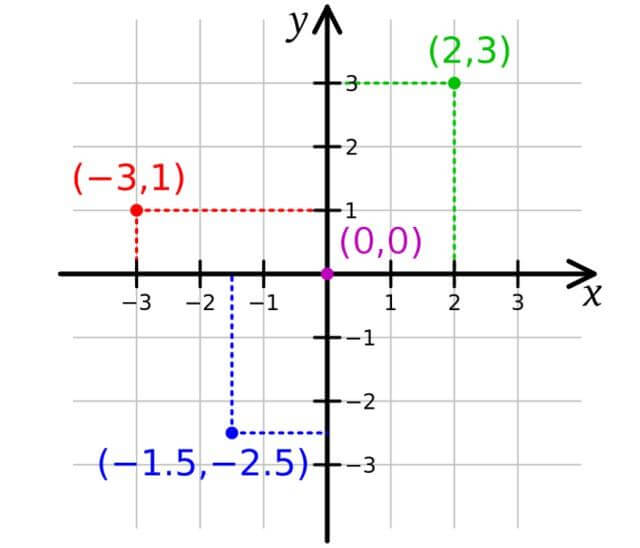 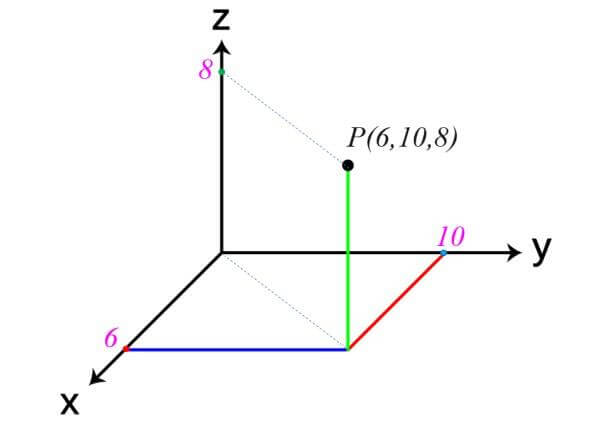 In the initial figure, you can see that the xy, xz, and zy planes divide space into eight regions called octanes. Point P in the example is at octane one.