What is Oboe? Oboe instrument description, history, information on the use of Oboe in history and properties. 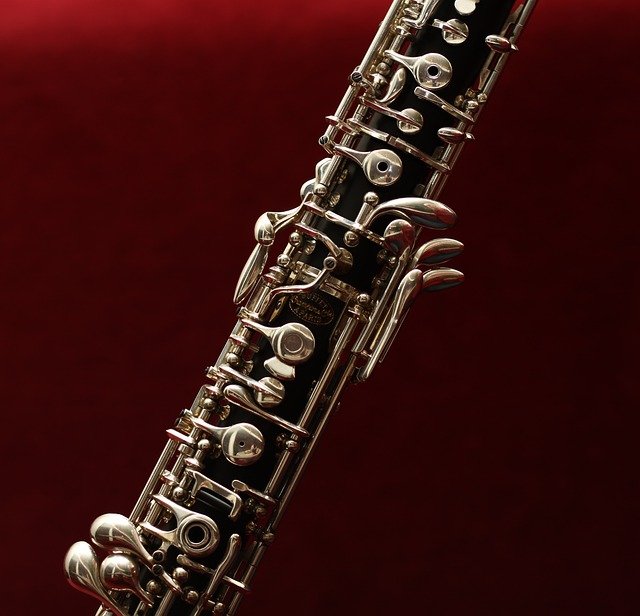 Oboe; a musical instrument of the woodwind family. It is characterized by a double-reed mouthpiece and a conical bore. The precursors of the oboe go back to antiquity. Among its ancestors were the Hebrew halil, the Greek aulos, and the Roman tibia. In medieval Europe the double-reed woodwind had such names as shawm, hombarde, and pommer. By the Renaissance it had begun to be grouped into families of different instruments, ranging from bass to soprano. The soprano double-reed woodwind, called Schalmey in Sebastian Virdung’s Musica getutscht und auszgezogen (1511), was named hautbois (high wood) by the French, in accordance with their practice of differentiating between haut (high or loud) and has (low or soft) instruments. The Italians transcribed hautbois into oboe, from which the English name is taken. The earliest form of the modern oboe as an orchestral instrument originated in France in the mid-17th century.

The modern oboe consists of a straight wooden pipe, usually made in three sections, on which finger holes and keys are arranged. The double reed is inserted in the top, and at the bottom is a slightly flared bell. The range of the oboe encompasses a rise of two and one-half octaves from B Flat below the staff. Although its natural scale is D, it is not a transposing instrument. In a symphony orchestra it usually gives the pitch to the other instruments. Besides the oboe itself, the modern oboe family includes the English horn, or cor anglais. It is longer than the oboe and has a mouthpiece tube, slightly bent to facilitate playing, and a pear-shaped bell, which contributes to the hushed, melancholy timbre of the instrument. Other instruments are the bassoon, or fagotto, and the contrabassoon, or double bassoon.

Older types,of the oboe, which prevailed in the 18th and early 19th centuries, included the oboe d’amore (oboe of love), an instrument halfway between the oboe and the English horn in range, with the pear-shaped bell of the latter; and the oboe da caccia (oboe of the hunt), a straight or semicircular instrument, with a flaring or pear-shaped bell and a range similar to that of the cor anglais.