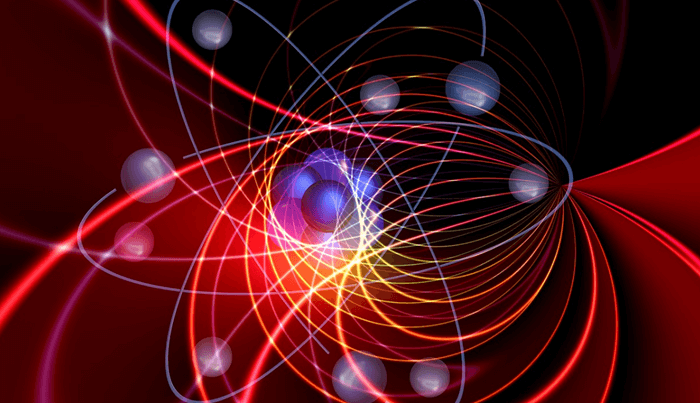 Scientists have a special word they use for all materials. They call all materials matter. Matter is anything that takes up space and has weight. Plants, animals, air, water, soil, rocks all living and non-living things are made from matter. Scientists not only believe that ali materials are matter, but they are sure that matter itself is made up of small particles called molecules. And they also think that molecules are made up of tiny particles called atoms.

Changes in matter are going on all around us every day. Matter dissolves, expands and contracts, melts and freezes, evaporates and condenses. When it is changed in any of these ways, we say that a physical change has taken place. Matter is changed in shape or form, but it is stili made up of the same molecules. One kind of matter can also be changed into another. When it is changed in this way, we say that a chemical change has taken place. One or more different materials are formed, and they are made up of different molecules. Burning, digestion, and decay are all chemical changes in matter.

Many physical and chemical changes are brought about by heat. Light, sound, and electric current also cause changes in matter. Yet these things are not matter, because they do not take up space and have weight. So there is something besides matter in our world. This other something is what makes matter change, and scientists have a special word they use for it. They call it energy. Heat, light, sound, and electric current are just some of its different forms.

Removing heat, or cooling, makes matter contract, freeze, and condense. Besides causing physical changes, heat also helps many chemical changes take place. When iron and sulfur are mixed and heated, they combine and form iron sulfide. But when soft coal is heated, it decomposes and forms coke and gas. You can take a picture with a camera because light brings about a chemical change in the film. From sunlight green plants get the energy to make food from carbon dioxide, water, and minerals.

Energy makes things happen, and all around us things are happening to matter. So we must be surrounded by energy. It does not take up space and have weight, but we can often feel or see what it does. Though energy and matter are different, matter may have energy. If you have ever thrown a ball that broke a windowpane, you know that a moving ball has energy. Yet when the ball is moving, it stili has the same size and weight.

Running water also has energy, because it can move soil and rocks and turn water wheels. A heavy weight held up by a rope has energy. When the weight falls, it can drive a post into the ground or crush a stone. The powder in a rifle cartridge has energy, too. When the powder explodes, it can drive a bullet through a board. Most kinds of food contain energy, which we use to move our bodies and keep them warm. Even a magnet has energy, because it can attract iron and steel and make them move.