What is earthquake? How do earthquakes occur? What are the causes, what is magnitude? Information on earthquakes.

Earthquake; a shaking of the ground caused by the breaking and shifting of subterranean rock under immense pressure. The vibrations that constitute an earthquake are at times sufficiently severe to damage or destroy man-made structures and to effect visible changes in the earth’s surface. Often the vibrations are felt by people but cause no destruction. In the great majority of cases their existence is known only through records of their passage obtained on instruments called seismographs, designed to register this kind of ground movement.

When earthquake waves are recorded by seismographs at distant points, the patterns indicate that the waves originated within a limited region, called the focus of the earthquake. It is thought that many foci are in the range of 30 miles (50 km) in length and breadth, but a few of the largest may measure up to 500 or 600 miles (800 to 960 km). Foci have been located at depths down to a little more than Vio of the earth’s radius (about 400 miles, or 640 km). An important question for seismologists is why they are no deeper. 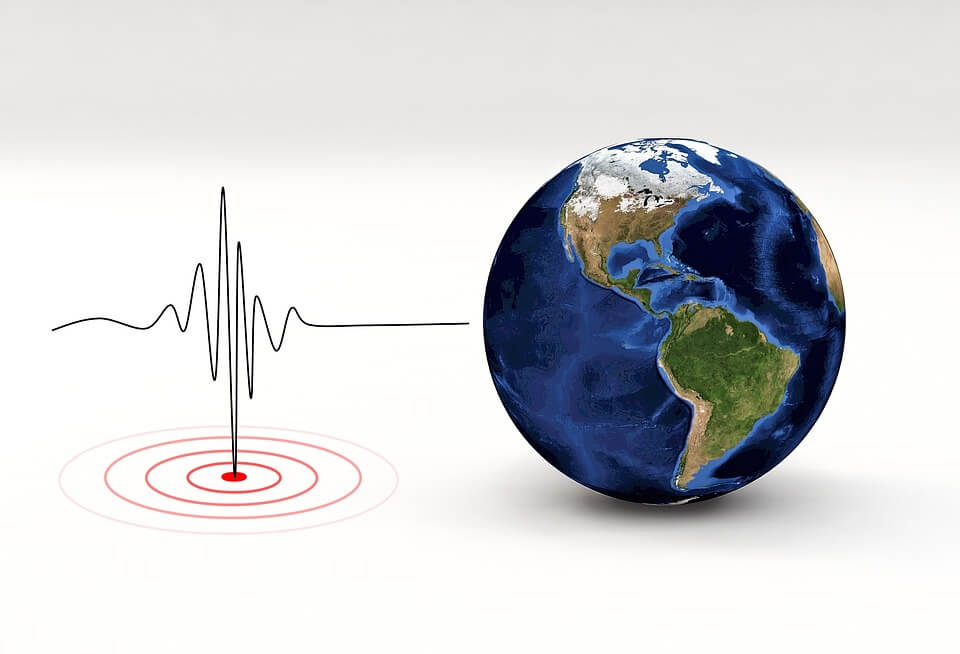 How to express the size of an earthquake has always been a problem. In 1935 a scale based on instrument records was devised by U. S. seismologist Charles F. Richter. He ascribed to each earthquake a number called its magnitude, an index of the quake’s energy at its source. According to this scale, an earthquake of magnitude 2.5 has an energy of less than 10^11 ergs (about the amount of energy released by burning 100 gallons, or 3,800 liters, of gasoline). Such microtremors occur very frequently. An earthquake of magnitude 4.5 ( 10^20 ergs) can cause some very local minor damage, while one of magnitude 6 is potentially quite destructive. About 100 quakes of magnitude 6 or higher occur each year. A magnitude of 7 (10^25 ergs) or higher represents a major earthquake; there may be about 25 such quakes in a year. Only 1 or 2 earthquakes per year have a magnitude of 8 or higher. The most powerful earthquakes that have thus far been recorded by seismological instruments have had a magnitude of 8.6 on the Richter scale.

Early peoples believed that the earth was fixed in space, and that the sun, moon, and stars rotated around it. They naturally concluded that the earth must be fixed on some support, and earthquakes were then quite reasonably attributed to movements in that support. In Japan at one time the support was believed to be a great spider, and later a giant catfish. In Mongolia and the Celebes it was believed to be a hog; in India, a gigantic mole; in some parts of South America, a whale; and among some of the North American Indians, a giant tortoise.

Aristotle, working with the four elements of the universe as conceived in his time—air, earth, fire, and water—pictured large masses of air or gases contained in subterranean cavities and heated to the point that they struggled to escape. This struggle and occasional escape, he believed, caused the shaking of the ground that produced earthquakes. Aristotle further expounded the idea that, prior to an earthquake, the atmosphere becomes stifling because the air has been forced or taken into earth cavities in abnormal amounts. This led to the notion that the stuffiness that sometimes accompanies high humidity was a warning of an impending earthquake. The idea that there is such a thing as “earthquake weather” has persisted to this day, although there is no basis in scientific fact for the belief.

It is now recognized that the cause of earthquakes is intimately related to a universal mobility of the earth’s surface. There is ample evidence of the existence of forces constantly at work molding the skin of the globe, although the origin of those forces is not known. Evidence is supplied by the data of structural and historical geology. Thus, every mountain range in the world today consists in large part of sedimentary rocks that were at one time formations on the bottom of an ocean. Theories concerning the ultimate causes of the mobility of the earth’s crust have had their origin, for the most part, in attempts to explain mountain making. 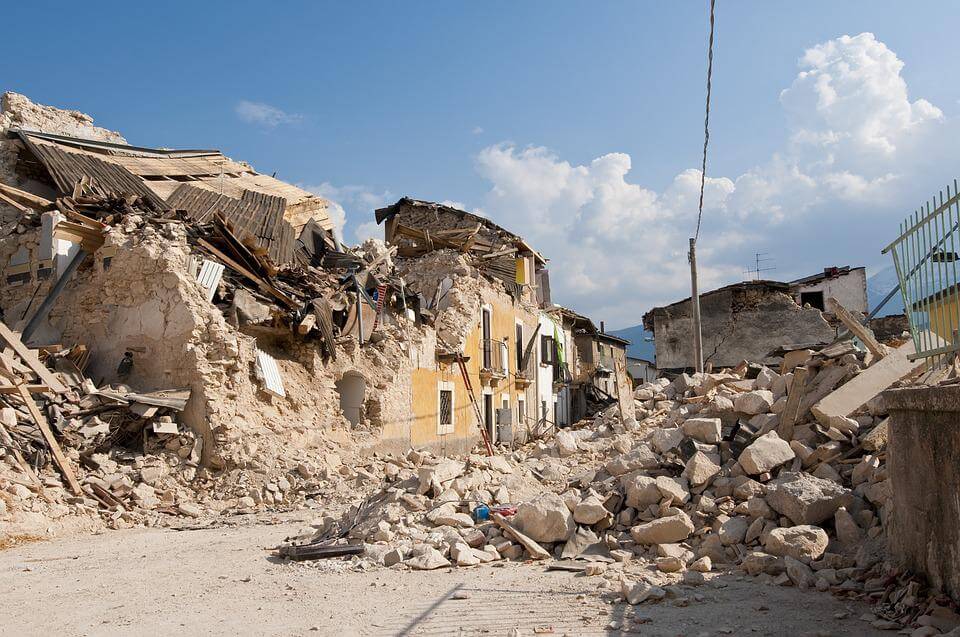 Boiling of the Mantle:

For half a century, it was generally believed that faulting causes earthquakes. A classic example often cited was California’s San Andreas fault, along which a 20-foot (6-meter) displacement occurred at the time of the San Francisco earthquake of April 18, 1906. This hypothesis, however, together with related requirements that earthquake foci occur in rocks of the earth’s crust, was upset by new measurements made in the 1960’s. Seismologists obtained funds when large quantities of money were allocated to search for means of detecting underground nuclear explosions. This made possible a rapid increase in the number and quality of earthquake measurements through the use of sophisticated modern technology. Computer processing, in particular, was used to cope with the enormous statistical problems of determining location and depth of focus for thousands of quakes each year.

It now appears that an overwhelming portion of the world’s earthquakes have their foci in the earth’s mantle. Faulting in the crust is a secondary phenomenon; it is damage produced as the crust is deformed by mantle movement. A new hypothesis has been offered to meet the situation. It suggests that the upper mantle is, in effect, boiling, as great masses of steam form and move slowly upward (at a rate of only a few centimeters a year, because of the enormous viscosity of the mantle). The steam and other materials eventually appear at the surface. This hypothesis assumes that the earth’s mantle is neither solid, liquid, nor gaseous, but a very hot, random mixture of atoms and molecules, prevented by pressure-maintained viscosity from combining to form components of either a solid, liquid, or gaseous state. The name soliqueous was coined to designate this state.

Very early in the process of forming the earth, the outside material—which was at high temperature but under little or no pressures-cooled and formed compounds and minerals as gases, liquids, and solids. These materials formed the primitive crust. Components of steam and other gases escaped with magma through the crust, cooling and removing material from the outer mantle. This process is continuing today. In 5 billion years it has brought to the surface the gases of the atmosphere, the water of the oceans, and the rocks of the crust, from a zone 300 to 400 miles (480 to 640 km) thick. Within this zone, the escape of material lowers pressures and permits the formation of more gases and magma, which in turn move out. The process is like a very slow boiling of extremely viscous stuff. Movements are jerky, and each slip produces an earthquake. Below this zone, there has been no movement of material since the earth was formed. The boiling of the mantle is reflected in volcanic activity and the continuous heaving and settling of the crust to form and renew the world’s mountains. The ultimate source of energy is primeval heat.