Dynamometer; a device with a rotating shaft that is coupled to the shaft of a machine under test to measure the output torque or the required driving torque of the machine. The torque measured by the dynamometer is multiplied by the shaft angular velocity, measured by a tachometer, to compute the horsepower of the machine under test. Dynamometers are used to determine the torque and horsepower characteristics of electric motors, generators, internal combustion engines, gas turbines, and pumps. 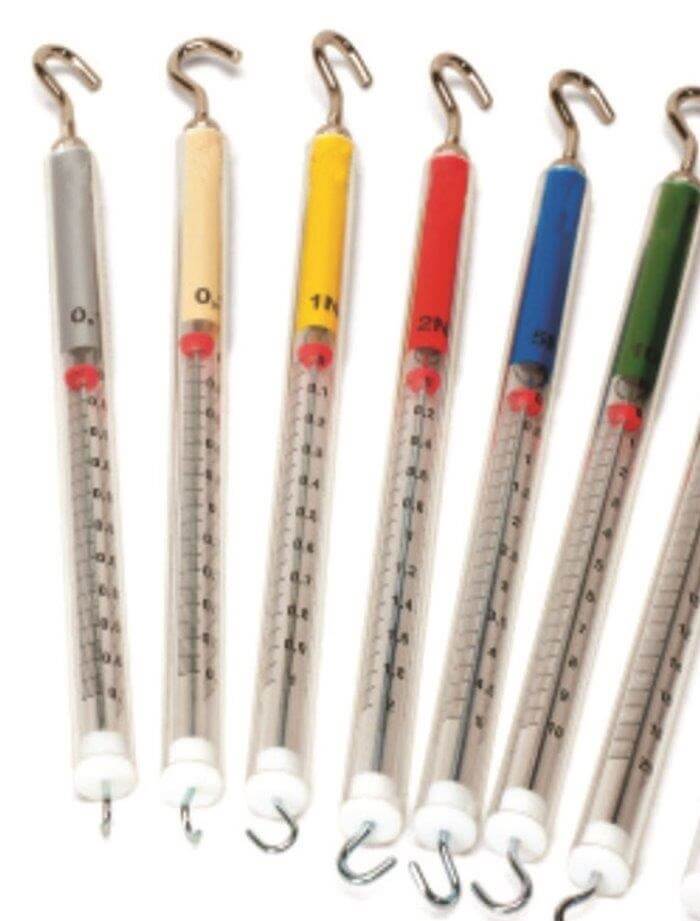 The direct-current (dc) dynamometer, the most common type, can measure either output torque or driving torque. This dynamometer has a stationary frame, or stator, and a rotor that is connected to the rotor of the machine under test. When the dc dynamometer is used, mechanical power is converted to electrical power, and this power is consumed in an external loading device such as an array of resistors.

The eddy-current dynamometer and the hydraulic dynamometer can measure only output torque. These dynamometers consume mechanical power internally by converting it to heat and therefore require cooling systems.

The principle of operation of the dynamometer is based on Newton’s third law of motion, which states that the forces of action and reaction are equal and coexistent. In motors and generators, for example, the torque developed by the armature current of the machine exerts an equal and opposite (reaction) torque on the machine frame. When a dynamometer is used to test such machines, its reaction torque is used as a measure of the tested machine’s torque.

In tests with a dc dynamometer, the frame is suspended in trunnion bearings supported by pedestals. The bearing suspension allows the frame to rotate, but this rotation is limited to a few degrees by mechanical stops. Electric-power connections to the dynamometer are made through flexible cables. The force required to prevent frame rotation is usually measured by a spring balance or a lever-type balance working in a vertical direction. The reaction torque is this measured force multiplied by the torque arm length (the horizontal radial distance from the center line of the shaft to the point at which the force measurement was made).