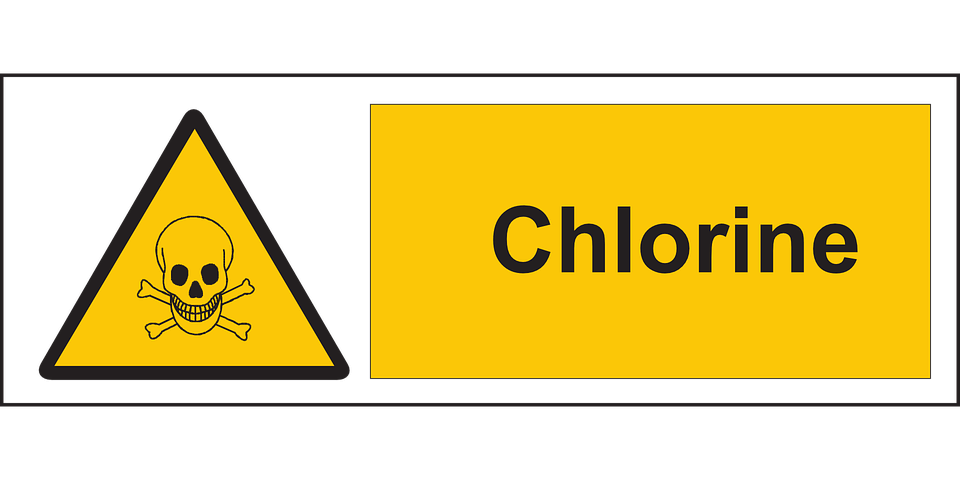 Chlorine; a nonmetallic element, symbol Cl, is a member of the halogen family. The discovery of chlorine is generally attributed to Carl Wilhelm Scheele, a Swedish chemist, who called the gas “dephlogisticated marine acid air.” In 1810, Sir Humphry Davy proved that the gas was an element and named it chlorine, from the Greek word for greenish yellow, chloros. However, because it was difficult to make and impossible to handle or transport, chlorine remained a laboratory curiosity for many years. In 1823, Michael Faraday produced liquid chlorine for the first time. Only after a method for manufacturing liquid chlorine on a commercial scale was found were its many uses realized.

Liquid chlorine is a clear, amber fluid, which in contact with the eyes, skin, or clothing may cause severe burns. The liquid vaporizes readily to a greenish yellow gas that is about 2,5 times as heavy as air. The gas has a characteristic, sharply penetrating odor. In concentrations of about 3 to 5 parts per million in air, it can be readily detected by most people. In such low concentrations the gas irritates the mucous membranes, the respiratory system, and the skin. Fifteen to 30 parts per million causes more severe irritation of eyes, coughing, and labored breathing. In high concentrations, difficulty in breathing may increase to the point that death occurs from suffocation. Although it is extremely hazardous, chlorine produces no known cumulative effects.

The atomic number of chlorine is 17, and its atomic weight is 35.45. The diatomic element, Cl2, has a molecular weight of 70.9; it solidifies at -101°C ( —149.8°F), and it boils at -34°C (—29.2°F). Liquid chlorine is 1,5 times as heavy as water. Chlorine occurs naturally in two isotopic forms—Cl35, which makes up 75% of the chlorine found in nature, and Cl37, which makes up about 25% of naturally occurring chlorine. In addition, at least five other isotopes of chlorine have been produced synthetically. These are Cl35, Cl34, Cl36, Cl38, and Cl39. Cl36 is used as a tracer in studies of the chemical effects of chlorides and in studies of the reaction mechanisms of chlorine-containing compounds.

Like other members of the halogen family, including fluorine, bromine, and iodine, chlorine has a high electronegativity and forms negative ions. Under specific conditions, chlorine unites with most of the other elements. In the presence of heat or moisture the reaction may be extremely rapid. Chlorine reacts with many inorganic compounds—in some cases with explosive violence, and frequently with the evolution of heat. Small amounts of chlorine will dissolve in water, forming hypochlorous acid, HOCl, and hydrochloric acid, HCl; the chlorine is readily released by these compounds. In attacking metals, for example, corrosion is caused primarily by the powerful oxidizing action of the hypochlorous acid and the dissolving action of the hydrochloric acid formed through hydrolysis. For this reason chlorine is usually handled and stored under cool, dry conditions. İt is generally kept in iron, steel, or copper containers.

The most important use of chlorine is in the synthesis of chemical intermediates of products that contain no chlorine. The largest single use is in the manufacture of ethylene oxide, H2COCH2 and ethylene glycol, HOCH2CH2OH. These two organic chemicals are key compounds in the manufacture of synthetic fibers and antifreeze fluids, and as intermediates in organic synthesis.