The center of gravity of an irregular flat sheet is given by the intersection of plumb lines from two suspension points.

The fact that alli the mass and weight of a body may be taken to be acting at a single point greatly simplifles many calculations. For example, the motion of a spinning baton thrown into the air appears to be rather complex. Actually, while the baton rotates about its center of gravity, the center of gravity itself moves through a simple arc. 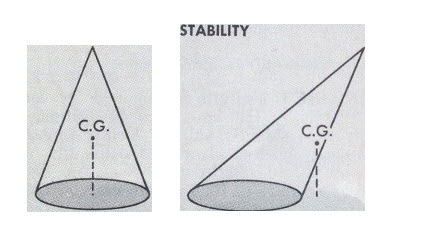 The location of the center of gravity