Astigmatism; is a condition of the eye in which part of an object being viewed appears blurred while part is clear. In astigmatism a ray of light passing through the eye is bent so that the light does not focus to a single point on the retina. Mild astigmatism is unnoticed by the viewer; however, refractive errors of appreciable size will prevent the eye from forming a clear image and thus decrease visual acuity.

Symptoms of astigmatism vary from a mild frontal headache or drowsiness related to the use of the eyes, to more severe pain, irritability or fatigue, and occasionally nausea. If a marked astigmatic error is not corrected, congestion of the membrane covering the eyeball and inner eyelid or infection of the lid margins may result. Astigmatism is grouped into two types: irregular and regular. 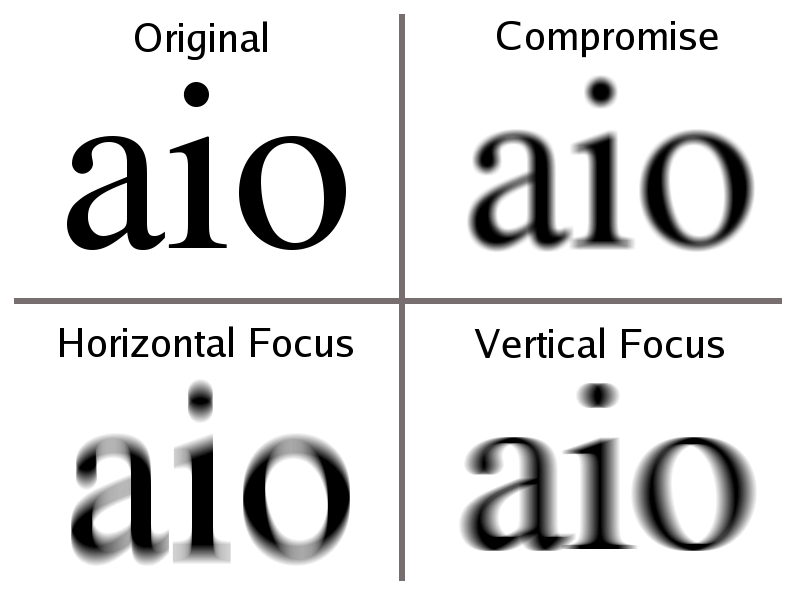 This type of astigmatism results from the interruption of light rays caused by a disorder of the cornea, lens, or the jellylike material in the eye. The interruption usually is a result of injury to or disease of one of these eye parts, causing an irregularity of the surface and a consequent distortion of the light rays as they pass through.

In irregular astigmatism, a perfect retinal image cannot be formed by lens correction. Instead the condition that causes the irregular refraction must be removed or corrected. For example, a cone-shaped corneal surface can be made spherical by the use of special therapeutic contact lenses, or an irregular crystalline lens of the eye can be removed.

The simple form of astigmatism is corrected by cylindrical lenses that redirect the rays of light only in the regions of the eye that are out of focus. In the combined and mixed forms, the cylinder is added to spherical lenses in order to produce a clear image on the retina.