What is Ablution? Definition of Ablution, the practice of Ablution in the history and now in different religions like Islam, Christianity etc. 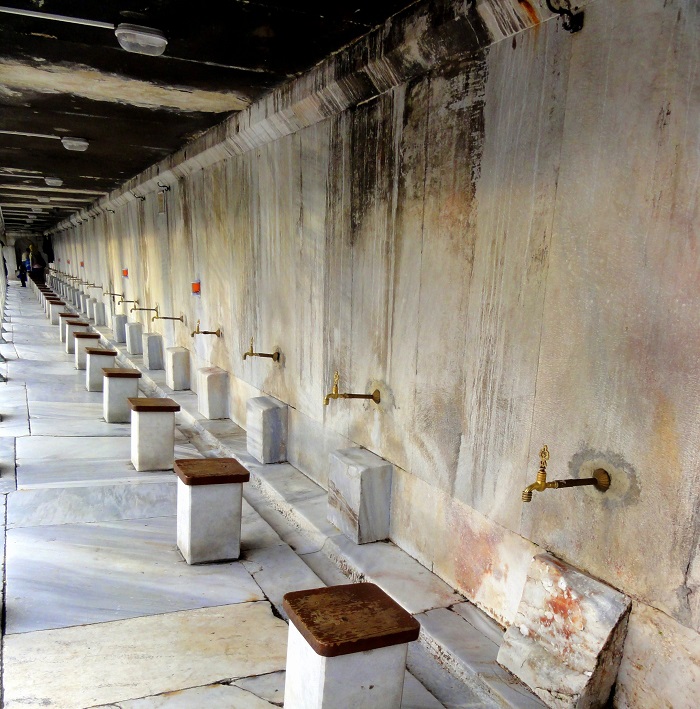 Ablution;is the practice of ceremonial washing, especially as a rite of religious purification. The rite has been observed by many peoples since the time of the early Egyptians and Jews. In Jewish Mosaic law, ablution had four purposes:

Similar rites were common among the Greeks and Romans. It was undoubtedly in accordance with such practice that Pilate called for water and washed his hands to signify that he held himself innocent of the blood of Jesus Christ (Matthew 27:24).

Ablution by priests before the performance of sacred ceremonies was also common in other religions. Egyptian priests carried the practice to such an extreme that they shaved their entire bodies every third day and washed themselves in cold water twice every day and twice every night so that no particle of filth might rest upon them. These acts corresponded somewhat to the simpler umdu of the Muslims, a ceremonial washing performed five times a day, immediately before the recital of prayers.

The latter practice, however, is only one of the formal acts of cleansing required by Islamic law. The ablution required by Mosaic law for defilement has its counterpart in the Muslim rite of ghusl, a washing of the entire body in ceremonially pure water. Islamic law, however, specifies the kinds of defilement in greater detail, greatly exceeding in number the kinds of defilement recognized by the ancient Jews. Islamic law is so strict on this point that, when water cannot be obtained, the devout Muslim purifies himself with something that represents water. In such a circumstance, he may perform the act of purification by rubbing his hands and face with dust. This form of ritual cleansing is called tayammum.

The ceremony of ablution at communion was adopted by the early Christian Church, and has been retained both in the Eastern Orthodox and Roman Catholic churches. In the Roman Catholic Church ablution has become a liturgical term, denoting the two acts of cleansing performed during the Mass: (1) when wine is poured into the chalice to disengage any particles that may be left in the vessel; and (2) when both wine and water are poured over the priest’s fingers into the chalice. In the Eastern Orthodox Church, ablution denotes the ceremony performed seven days after baptism, when the anointment of the chrism (olive oil and balsam) is formally washed off those who have been baptized.