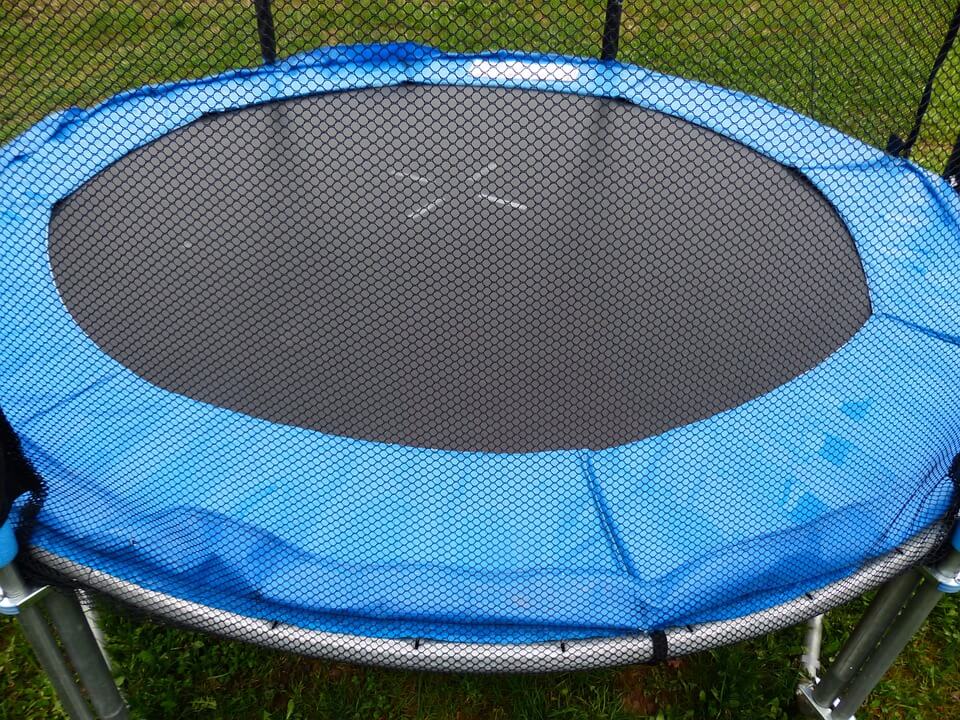 Trampoline; an elevated resilient web-constructed bed (mat), used by gymnasts, acrobats, and others as a performing surface. A spring or rubber suspension system anchors the bed to a table-high steel frame, the sides of which are padded to protect the user from injury. The springs attached to the bed cause the performer to continue rebounding upward. The activity that takes place on the apparatus is called trampolining, or rebound tumbling.

Professional acrobats performing in circuses popularized rebound tumbling during the 20th century. The activity gained a following in the United States after the U.S. Navy preflight program utilized the trampoline during World War II to improve fliers’ coordination and balance. It soon became a popular physical education activity and a competitive event in schools, colleges, and clubs. In 1954 the Amateur Athletic Union recognized rebound tumbling as an independent division and began to conduct meets for both sexes, starting at age 10. The National Association of Intercollegiate Athletics holds competitions for its members. The Fédération Internationale Trampoline decides the routines for world championships.

Trampolining consists of stunts formed from limitless combinations of somersaults and twists. It is an exhilarating sport but should not be attempted without adequate supervision.