What is a star? What are constellations? How do the stars form? Information On Stars and Constellations 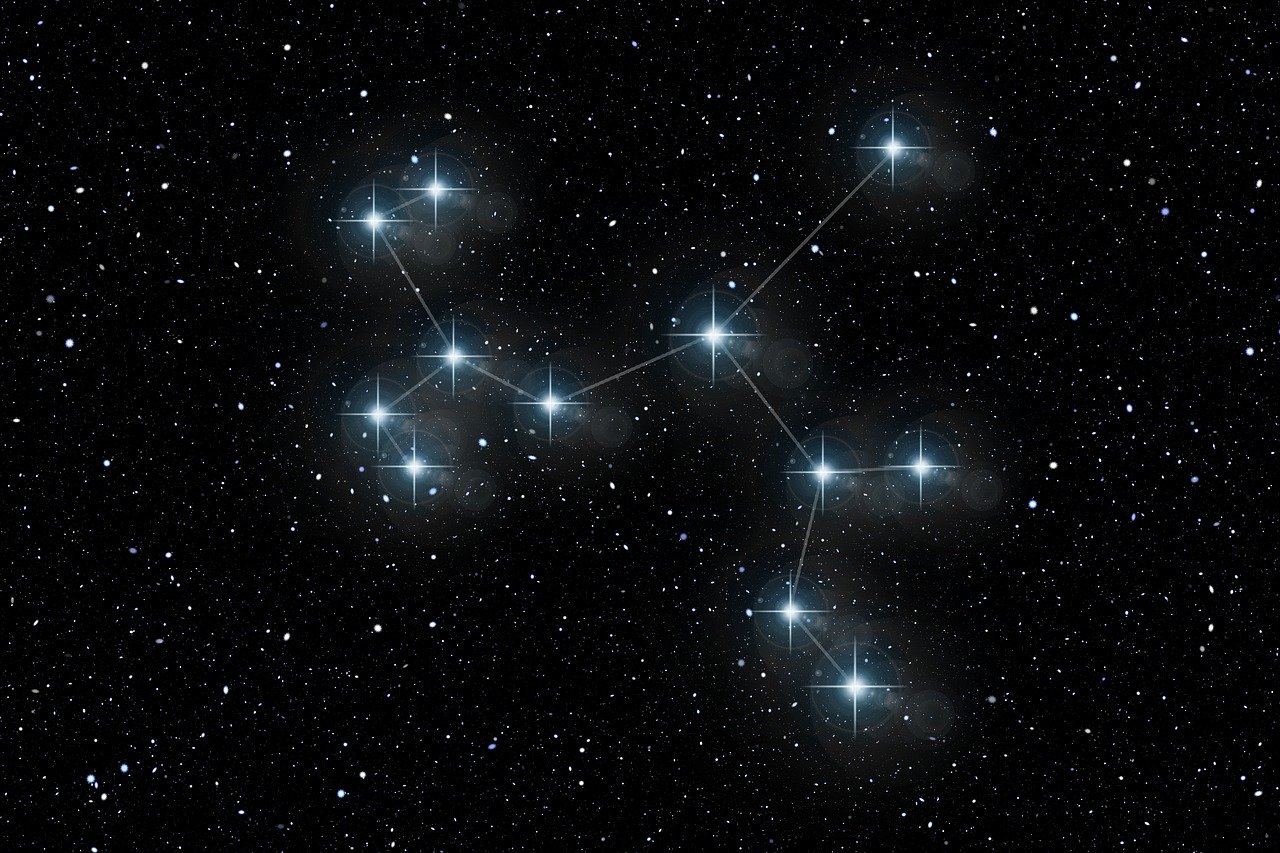 Stars are really suns. Like our sun they are made mostly of hydrogen and helium gases. The changing of hydrogen gas into helium gas produces the radiant energy of the stars. They are outside of our solar system and their distances are so great that the heat energy coming from them cannot be felt on Earth. Light from the stars can be seen at night.

The kilometer unit is too short to measure the distances of the stars. It would be like measuring the distance from your home to your school with a piece of string one centimeter long. Why would measuring this way be difficult? Scientists use light- years when they talk about distances in space. A light year is the distance that light travels in one year. It is found by multiplying the number of kilometers that light travels in one second (300 000 km/sec) by the number of seconds in one year.

So, one light year is equal to:

Scientists know that stars are not all the same size. Our sun is over one hundred times bigger than the Earth. Some stars are smaller than our Sun. Others are much larger.

The color of a star depends on the star’s surface temperature. A very hot star gives off blue light, a cooler star is red, and our sun is yellow.

A star is formed from a cloud of gas and dust called a nebula.

Novas are stars that have used up their energy and begin to die. A black hole is probably the last step in the “death” of a very large star. Its gravity is so strong that light cannot be given off. Black holes appear as small black circles in space.

Different kinds of constellations in the sky

A constellation is a group of stars which form a definite shape when joined. Some constellations have many stars. Other have only a few. They are known by their shapes and the names which man has given to them.

Each constellation is found in a special place in the sky. Because of the Earth’s rotation stars appear to move. The revolution of the Earth around the sun causes different constellations to be seen at different times of the year.

One famous constellation which looks like its name is the Big Dipper. There are seven stars in the Big Dipper. Four stars make up the bowl of the dipper and three stars form the handle.