What is a Sea Serpent? What does a sea serpent look like? What is the characteristics, facts and features of sea serpent?

Sea Serpent; a large, apparently mythical, marine animal, also called sea monster, whose supposed existence has been reported for many centuries. Early Norse legends contained descriptions of sea serpents in Scandinavian waters. The first printed account of such a monster—based on hearsay but with a picture—appeared in Konrad von Gesner’s Historium animalium (1551 – 1558). The Norwegian missionary Hans Eğede claimed to have sighted a sea serpent off the Greenland coast in 1734 and wrote a report of his observations. Since his time, many reports of such beasts have been made. These include reports by a British steamer and a German submarine during World War I and a report by the steamer Santa Clara in 1947. 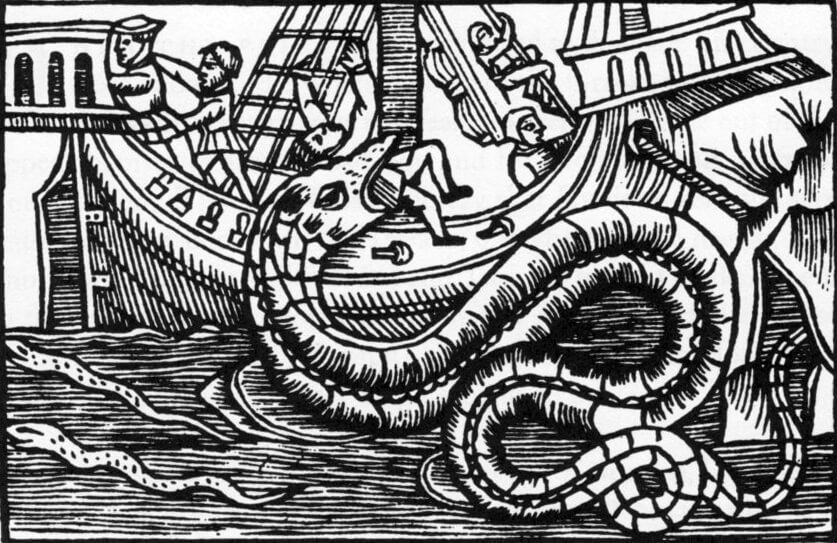 The most-publicized sea serpent of recent times is the so-called Loch Ness monster, named after one of the larger freshwater lakes in Scotland. It is described as being 60 feet (18 meters) or more in length, with a small head, a long slender neck, and a trunk either slender or thickened at the middle. Witnesses allegedly saw loops of the body, or a fin on the back and two pairs of flippers, above the surface of the water. No animal or parts of one fitting this description have washed ashore or have been collected.

Several well-known examples of marine life might provide a basis for reports of sea serpents. These include long strands of seaweed moved by wave action, several porpoises leaping out of water in single file, or giant squids moving their long tentacles at the surface of the water. The creature probably most responsible for the reports is the oarfish, Regalecus glesne. It is 20 or more feet (6 meters) in length and has a slender head and narrowly compressed tapering body that is crested along the head and back. Although it is thought to live in the deeper regions of the sea, it has been observed swimming at the surface, and several have been cast ashore in Bermuda, California, and elsewhere. There is also a long slender shark, Clodoselache, which is found in the deep waters of the Pacific.

Sea monsters have been compared with the plesiosaurs, slender marine reptiles that inhabited the seas in Cretaceous times. Some were 40 to 50 feet (12-15 meters) long. They had a small head, a long neck (up to 22 feet, or 6.7 meters), and two pairs of slender paddle-shaped limbs. 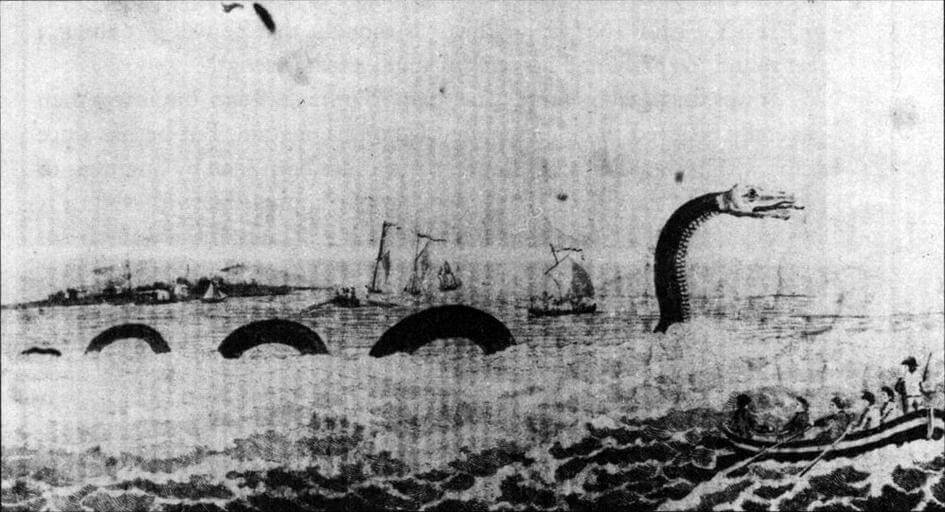 Although there is a tendency to discount sightings of sea serpents, the sea still holds some surprises. The discovery in 1938 of several live specimens of the coelacanth—a member of a fossil group 100 million to 250 million years old—is one example. Some zoologists believe that the sea serpent may be a marine animal that is yet to be discovered.