What Happens To Heat During Phase Changes? How does Evaporation and Condensation occur and what is the role of heat during change of states?

Have you ever gone swimming on a hot, sunny day? When you sat on the beach at first, you felt very hot. Then if you went into the water and got wet, you could sit in the sun and feel quite cool until your skin and bathing suit were dry again, The sun was just as hot as it was before you got wet, but you felt cooler. When anything becomes cool, you know that heat is being taken away from it. 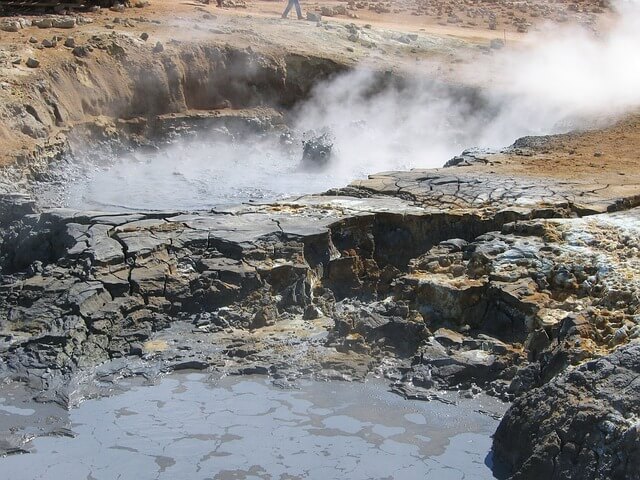 Just as heat is needed to change a solid to a liquid, so heat is needed to change a liquid to a gas. When any liquid evaporates, heat is absorbed. This heat is taken from the materials around the evaporating liquid. You know that some heat is always leaving your body. When water evaporates from your wet hands, they feel cool because they are giving out heat faster than usual. If you fan your hands or swing them in the air, they feel even cooler because the air evaporates more rapidly. Alcohol or ether evaporates much faster than water does. So if your hands are wet with alcohol or ether, the cooling effect is even greater than with water.

The cooling effect of evaporation is used to I measure the humidity, or amount of moisture in the air. This is often done with an instrument called a wet-and-dry-bulb thermometer. It really contains two thermometers. One thermometer, which has nothing around the bulb, is osed to measure the actual temperature of the air. The other thermometer has a piece of cloth around ike bulb.

This cloth is kept wet by having its lower end in a small bottle of water. Or it is dipped in water when a reading is to be taken. When the air is quite dry, water evaporates from the wet bulb rapidly. So its reading is several degrees below that of the dry-bulb thermometer. If the air is quite moist, water evaporates from the wet bulb slowly. Its reading will be almost the same as that of the dry-bulb thermometer. When the air is completely full of water vapor, evaporation stops. Then the two thermometers read the same. When the readings of the two thermometers are known, the humidity can be found by looking in a table of figures that comes with the instrument. 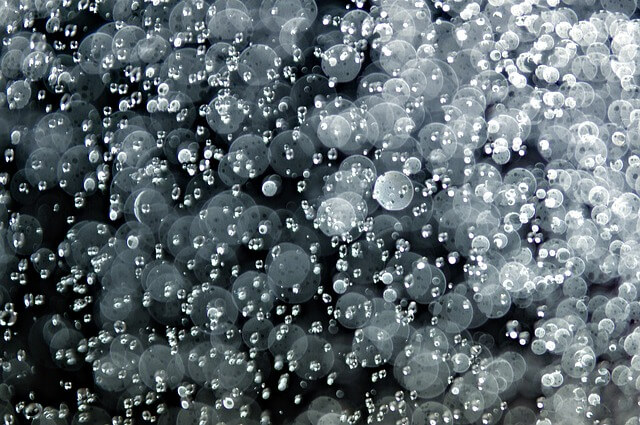 Evaporation takes place at all temperatures.

But as a liquid becomes hotter, it evaporates faster. If it is heated hot enough, it will boil. You know that water boils at 212° F., or 100° C. When water is heated, it gets steadily hotter until it reaches the boiling temperature. Then steam begins to form very rapidly. After steam has begun to form, the water gets no hotter. It stays at the boiling temperature until all of it evaporates, no matter how long it is boiled or how much heat is used. When boiling water changes to steam, heat is absorbed.

The heat is needed to change the liquid to a gas. To change 1 gram of boiling water to steam takes 539 calories of heat. This heat pulls the molecules of water loose from each other and makes them fly farther apart. They fly so far apart that a cubic foot of boiling water makes 1600 cubic feet of steam.

When water evaporates at any temperature, it cools things because it absorbs heat from whatever is around it. The heat makes the molecules move faster and farther apart. Then when water vapor changes back to liquid water, the molecules must be slowed down and brought closer together.

So the same amount of heat needed to make the water evaporate must be removed from the water vapor before it can condense. Steam is water vapor at the same temperature as boiling water. As steam is cooled, it gives out heat and condenses.