Physicists begin to embrace alternative explanations of that component of the universe.

Physicists are increasingly frustrated in their search for dark matter, the hard-to-detect substance that is believed to comprise 85% of the material universe. Teams of researchers working with the most sensitive detectors in the world have reported that they can not find it. And this persistent drought puts into question the views preferred by theorists.

The latest results of the XENONIT experiment, carried out at the Gran Sasso National Laboratory, in Italy, which were published on October 30, prolong that empty-handed characterization that characterizes the search for dark matter particles for 30 years. . An attempt by a Chinese team to detect this elusive form of matter, whose results were published the same day, has also remained empty-handed. Attempts with telescopes installed in space, as well as those of CERN, the European particle physics laboratory, have also found no trace of the particles of dark matter.

This situation leaves researchers in difficulties when it comes to finding answers. “We do not know how the universe works at a deeper level than most of us dare to admit,” says Stacy McGaugh, an astrophysicist at Case Western Reserve University in Cleveland, Ohio. 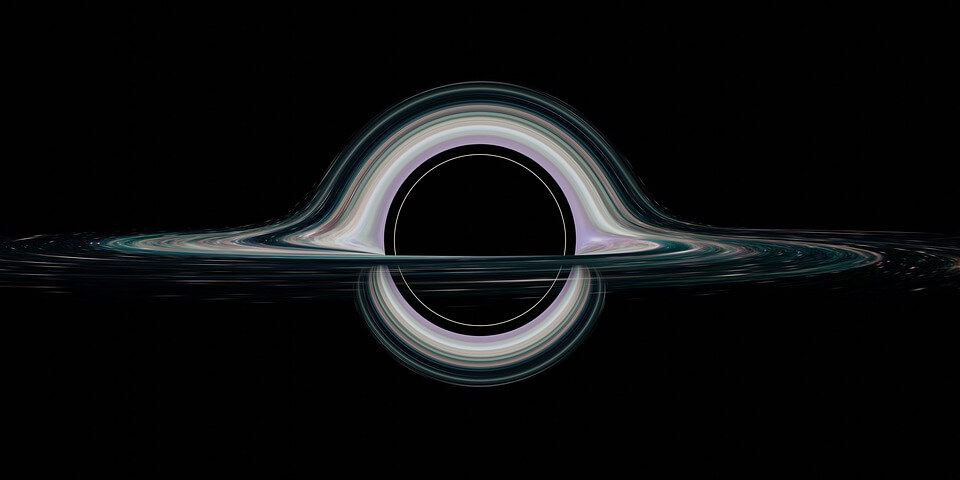 Among physicists, there is a wide acceptance of the existence of dark matter since the 1980s, as an explanation that galaxies remain whole, that they do not disintegrate despite what might be expected from the amount of observable mass they contain and the speed at which they turn. They supposed that haloes surround them with invisible dark matter, which would stabilize them. Physicists were more convinced of this idea when models with dark matter correctly predicted the fluctuations detected in an observable echo of the Big Bang, the cosmic microwave background

These observations became the strongest evidence in favor of a 1980s proposal: that dark matter could be made up of weakly interacting mass particles, or WIMP. The existence of these particles agrees with the way physicists believe that the universe evolved and with the relative proportion of matter. In addition, the properties of WIMPs would coincide with those predicted by a branch of particle physics called supersymmetry.

The last batch of results seems to rule out the simplest and most elegant supersymmetric theories, which casts doubt that those particles not yet detected are dark matter. If the simplest supersymmetric theories are no longer viable, the scientists say, then any WIMP particle would have to interact with matter more weakly than had been believed. “It’s not a complete withdrawal from the WIMP paradigm, but there is undoubtedly a shift in emphasis,” says Dan Cooper, a physicist at the National Accelerator Laboratory in Batavia, Illinois.

Attitudes are changing, and physicists increasingly embrace other possible explanations for dark matter, says David Spergel, a theoretical astrophysicist at Princeton University in New Jersey, one of the first to propose models with WIMP. «These experiments have not completely closed the window. However, we also have to think about other types of dark matter and new experiments, “he says.

It has taken decades to build experimental devices capable of detecting the miniscule rate at which WIMPs were thought to interact with matter. Only in the last ten years have the experiments, carried out in about a dozen laboratories, reached the level of sensitivity needed to detect them. The most sensitive detector is XENON1T, in the Gran Sasso laboratory, which looks for the flashes of light that would be created if the osciura matter interacted with the atoms of a tank of three and a half tons of extremely pure liquid xenon. But the team found no dark matter in the first round of the experiment.

There was also no signal in the data gathered during the two years of the second round of the Chinese PandaX experiment, which is being carried out in Jinping, Sichuan province. Searches in space have also failed, and hopes vanish with a gamma-ray signal that was very promising at the time, a signal, captured by NASA’s Fermi telescope, from the center of the Milky Way: more current sources seem to explain it. There has only been one important communication about a detection of dark matter, that of the DAMA collaboration, but no group has managed to reproduce that result, which is very controversial, although new attempts are being made to achieve it.

Future generations of detectors based on the same principle that XENON1T are already under construction. It will be needed for the physicists to finally close, if it is necessary to close it, the WIMP window. But the continued non-appearance of the particles is already making the theoreticians more open-minded and has allowed other theories to gain viability, says Hopper. Maybe the dark matter consists of some exotic particles, the axions, something like a kind of strange photons with mass. Theorists are also trying to see if dark matter will not interact at all with known particles, but instead exist in a “dark sector,” he says.